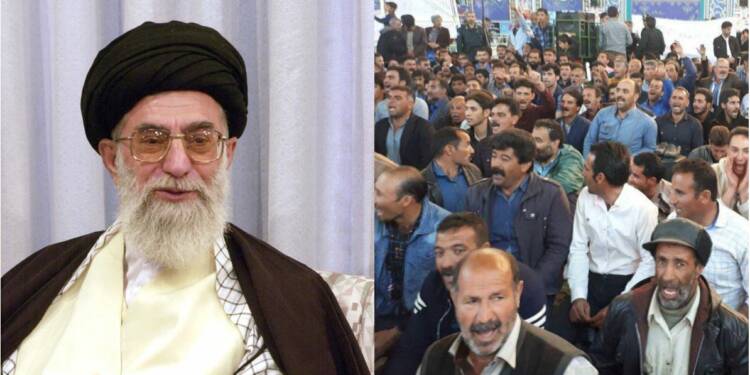 The consequences of the United States of America withdrawing from Afghanistan will be felt most painfully in Iran. The Shi’ite nation has historically never had good, amiable or friendly ties with the terror organisation. Now, however, with the Taliban growing stronger with every passing day and steadily advancing towards the Afghan capital of Kabul, Iran’s ‘official’ line is beginning to change. Media publications owned and funded by Supreme Leader Ali Khamenei are beginning to normalise the Taliban and suggesting that the organisation today is not what it used to be initially – when it indiscriminately decapitated innocent people.

The rather radical change in Iran’s perception of the Taliban has ulterior connotations to it. Much like how Pakistan considers aiding Taliban a steppingstone to it exercising complete control over it once it takes control of Kabul and reconstructs the Islamic Emirate of Afghanistan, Iran too is seeing a window of opportunity for itself – through which it wants to exercise largescale influence over the Taliban. So, the Supreme Leader’s office is suddenly pushing pro-Taliban propaganda down the throats of Iranians, and the people of Iran are livid.

According to former Iranian diplomat Ali Khorram, “Thinking that the Taliban will come under Tehran’s command is tantamount to growing a snake up your sleeve. As far as Iran’s national interests are concerned, the liberal government of Ashraf Ghani is a hundred times better than a radical ISIS-Taliban government.” This reaction came in response to a publication called Kayhan – funded by the Supreme Leader’s office saying that the Taliban has changed and mellowed down.

Effectively, the line being pursued by the Iranian regime now is that of wooing the Taliban with hopes of being able to establish friendly ties with it once it grabs power in the war-torn country. Kayhan tried to lessen the potential dangers of a Taliban takeover, as it said, “The Taliban today is different from the Taliban that used to behead people.” It also claimed Taliban’s advances have not led to the ISIS-style massacre of civilians and destruction of homes.

Iran cannot seem to contain its joy over the U.S. withdrawing from Afghanistan. According to Deputy Secretary-General of the Iran-based World Assembly of Islamic Awakening – Hossein Akbari, the withdrawal of US forces from Afghanistan is a “great victory” for Muslim nations. What Islamists like him do not realise is the fact that Taliban is coming for Iran, and its Shia Muslims.

Read more: Putin’s Kabul Doctrine – There is no USA to train the Mujahids anymore and Putin has no Soviet Hangovers

Some years ago, Iran’s Ali Khamenei denounced the Taliban as sworn enemies of Shia Muslims, describing them as “hard-hearted,” criminal and “creatures” of the United States. It is a separate matter altogether that after the U.S. toppled the Taliban government in 2001, Iran sheltered some of the organisation’s members. Now, it is almost as if Khamenei’s office is setting a pro-Taliban narrative within Iran.

Legislator Ahmad Naderi, for instance, has called the Taliban “one of the region’s essential movements,” with whom “we have shared enemies.” Ali Shamkhani, a former defence minister and now a senior security official, has praised Talibani leaders for their resolve in fighting the Americans. Iran’s ambassador in Kabul, Bahador Aminian, calls the “resistance” in Afghanistan part of an “Islamic awakening” influenced by the ideas of Iran’s late revolutionary leader, Ruhollah Khomeini.

Pro-reform Iranians – which have come to form a significant portion of the population in Iran are not liking Khamenei’s plan to get into bed with the Taliban. So, they are speaking out. On the pro-reform Fararu website, former diplomat Fereidoun Majlesi said, “the attacks on various Afghan provinces (by Taliban) are part of a conspiracy against Iran.”

What the Khamenei regime of Iran is forgetting in its endeavour to fulfil its Afghan fantasies is the fact that the Taliban is a Sunni extremist organisation – whose interpretation of Islam is very different from that of Iran – which is a Shia nation. The Shia-Sunni conflict is prevalent all across the world. Muslims across the world are divided by this faultline, and for Khamenei and his lackeys to expect any rapprochement or establishment of friendly ties with Taliban is certainly quite an exotic dream.

The Taliban hunts down the sizable Shia-Hazara minority in Afghanistan on a daily basis. For Iran to think that such an organisation would be friendly to a nation that is full of Shia Muslims speaks volumes about the infantility of the Ayatollah’s regime. But the Iranian regime is not just infantile, it is also confused. What else explains the Jomhouri Eslami – which was funded by Ali Khamenei in 1979 following the victory of the Islamic revolution in Iran, making a case for Shia militias rising in Afghanistan to fight the Taliban?

Iran’s Afghanistan policy, much like its economy, is in the doldrums. However, the larger consensus within the Iranian regime indeed seems to be that of befriending Taliban immediately, even as the organisation hunts down Shia Muslims and brutalises them mercilessly.

Tilinga Mandir Bordubi, Timings, History, Guide and How to reach