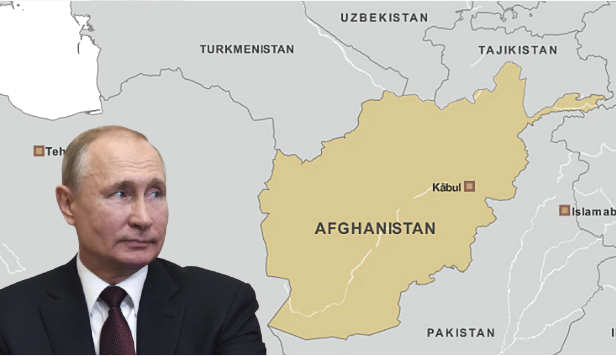 Russia is coming back to Afghanistan. On Monday, Russia announced it will stage military drills next month with Tajikistan and Uzbekistan near the border with Afghanistan where the Taliban has led a lightning offensive against government troops. The joint drills will take place from August 5th to 10th at the Kharbmaidon training ground in Tajikistan near the Afghan border. Russia’s commander of the Central Military District, Alexander Lapin said that the troops will run drills to defeat “illegal armed units that invaded the territory of an allied country”.Troops from a Russian military base in Tajikistan and the Central Military District will take part in the anti-Taliban exercise.

The joint exercises between Russia, Tajikistan and Uzbekistan come in the backdrop of the United States withdrawing from Afghanistan, and the Taliban ensuing a major land-grab offensive across the war-torn country. The Taliban has emerged as a major regional threat, and the former Soviet States, India and Russia are all preparing to deal with an Afghanistan that is expected to come under complete Talibani control in the next six months or so.

Russia does not want that to happen. Not only is its own security imperilled by a Taliban-ruled Afghanistan, but the former Soviet states in Central Asia face a next-door hostile country if Kabul were to fall in the hands of the Taliban. Therefore, Russian President Vladimir Putin is giving up on his country’s hangover of Afghanistan and is once again preparing to ensure that a Taliban-ruled Afghanistan does not become a security nightmare for countries in the region – all of whom happen to be Russian allies.

With its announcement of a joint exercise with Tajikistan and Uzbekistan, Russia is signalling its intent to China, Pakistan and the Taliban that it is soon set to become a party in the Afghan conflict. The war, so to say, is far from over in Afghanistan. Moscow is also trying to reassure New Delhi – which is itself very concerned about the rise of the Taliban and is working out a concrete Afghanistan strategy for the near future – which includes the revival of the Northern Alliance against the Taliban.

Interestingly, Uzbekistan who is not a member of the Collective Security Treaty Organisation (CSTO), yet, is about to join hands with Russia to take on the Taliban. Therefore, Vladimir Putin is leading Russia and its allies into a new era – one in which the disastrous defeat of the Soviet Union in Afghanistan does not haunt it.

After 1978’s Saur Revolution in Afghanistan, the country’s communist party took power, initiating a series of radical modernization and land reforms throughout the country. These reforms were deeply unpopular among the more traditional rural population and established power structures – leading to armed rebel groups taking form across Afghanistan. The Soviet Union had one agenda for its intervention in Afghanistan – to strengthen the Communist party’s hold in the country by suppressing the armed rebellions, and swiftly move out in six months or a year. Since the entry of the Soviets in September 1979, however, the mujahideens or Afghan fighters proved to be quite a headache. Essentially, they gave the Soviets hell which Moscow had never foreseen.

What added to the woes of the Soviet Union was the fact that the mujahideens and other armed groups were being actively provided with all assistance they needed by the United States, Pakistan, China, Iran and Saudi Arabia. The Soviets were the outsiders. They failed at acclimatising in Afghanistan. They were poorly led, unmotivated to fight and homesick. The mujahideens, however, were upbeat and ready to kick the Soviets out of their land. The Soviets laid millions of land mines across Afghanistan, bombarded the rebel groups using the air force, levelled entire villages, but alas, could not emerge victorious.

So, on May 15, 1988, the Soviets began retreating. Their exit from Afghanistan was completed on February 15, 1989. In the period between 1989 to 1992, over 400,000 Afghans were killed in a brutal civil war, which ultimately resulted in the grouping of the armed groups to form the Taliban – which took control of Afghanistan in 1992.

Naturally, Russia is horrified of Afghanistan. Well, at least Russian administrations so far have been. But Vladimir Putin realises how a Taliban-ruled Afghanistan, if left to be, would turn into a sponsor of terrorism against neighbouring countries – thus leaving Russia’s interests in the region immensely compromised. Meanwhile, how China and Pakistan will exploit Afghanistan and its $3 trillion mineral and gas reserves has not been given a miss by Russia.

In order to prevent Afghanistan from going rogue in a region which Russia prides in calling its exclusive sphere of influence, Vladimir Putin has given up on the Soviet-era Afghan hangover and is making a fresh, decisive start in the right direction.

Australia has defeated China in the telecom wars in Pacific islands