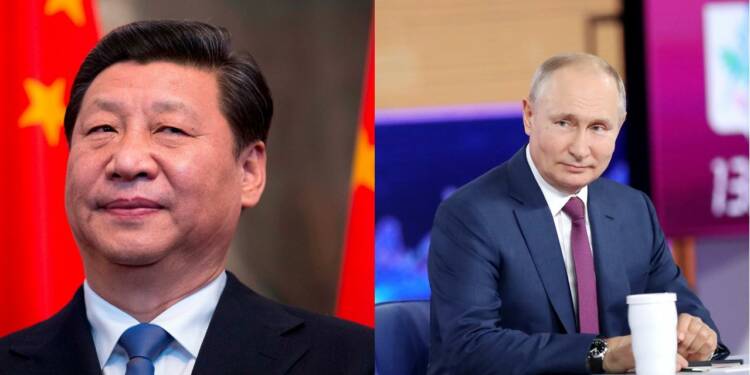 Tajikistan is poised to emerge as the focal point of an anti-Taliban offensive being mounted by an alliance of India and Russia. Tajikistan is a strategically located country, situated between India and China. The former Soviet state shares a 1,400kilometre-long border with Afghanistan, 70 per cent of which is now controlled by the Taliban. Tajikistan hosts many military bases of countries like Russia, India and unfortunately, even China. In India, Russia, Tajikistan and other Central Asian states’ fight against the Taliban, China is all set to suffer massive collateral damage.

Taliban now claims that it controls over 85 per cent of Afghan territory. Therefore, the fall of Kabul is not far. Within the next six months, the Islamic Emirate of Afghanistan – controlled by the Taliban is expected to be revived, and then, the region would stare at the prospect of dealing with a hostile and rogue state. On the Taliban’s hit list would be Central Asian states and India. As such, India and Russia seem to be working on reviving the Northern Alliance to take on the Taliban. Doing nothing, and letting the Taliban strengthen itself is simply not an option for either New Delhi or Moscow.

For Russia, Tajikistan, and Central Asia forms what Moscow considers its “exclusive sphere of influence”. Furthermore, Tajikistan is a signatory to the Collective Security Treaty Organisation (CSTO), which is the Russian equivalent of NATO. For China, meanwhile, Tajikistan is its future gateway into not just Afghanistan and Iran, but also the Persian Gulf, the Gulf of Oman and subsequently, the global sea links via the Arabian Sea. This allows China to bypass the India-dominated Indian Ocean and the Strait of Malacca, which India can willingly block at any time. The Strait of Malacca is critical to the very existence of China, as its energy and oil supplies pass through this narrow chokepoint.

Now, coming to India, Tajikistan is of extreme geostrategic value. China aims at creating a fall-back region for its armed forces by occupying Tajikistan’s Pamir region – which accounts for 45 per cent of the country’s territory. The Pamir region is also known as the ‘roof of the world’. By gaining control over this region, China can dominate lowlands, especially Pakistan occupied Kashmir (PoK) and occupied Ladakh. India is looking to reunify these illegally usurped territories with itself. China knows India is about to launch an offensive to reclaim its territories, and therefore, it is preparing to handle a military assault in what it calls Aksai Chin by occupying the Pamir region of Tajikistan.

Now that we have established Tajikistan’s extreme value to Russia and India, it would be understandable for both these counties to base their anti-Taliban operations out of Tajik territory. Not only will the alliance have an edge over the Taliban but will also derail China’s plans at swallowing Tajikistan’s Pamir region.

Therefore, a military alliance coupled with an offensive against the Taliban is coming soon. Tajikistan has asked a Russia-led alliance for assistance in dealing with its new security challenges. Russian Foreign Minister Sergei Lavrov last week reiterated Russia’s allyship with Tajikistan, adding that “if there is an attack on Tajikistan, this will, of course, receive immediate attention from the CSTO.” Asked if Russia would consider deploying troops to Afghanistan, Lavrov said the answer was “obvious.”

Last week, Russia carried out a training exercise of its forces in Tajikistan, in a message to the Taliban as well as China. Russian military helicopters based in Tajikistan fired air-to-surface missiles. Russia’s defence ministry said on Monday that two MI-24 attack helicopters and two military transport helicopters had taken part in a training exercise in Tajikistan during which unguided missiles had been launched at more than 15 ground targets. The exercise had simulated an attack on illegal armed groups along with a convoy of cars, enemy fire points and arms caches.

Evidently, Russia is preparing to launch an offensive against the Taliban. Despite the fact that Taliban representatives flew to Moscow recently and tried to convince Russians that the Taliban would pose no threat to Central Asian states, Russia seems convinced that the rise of the Taliban must be stopped at all costs. It is no secret that China has friendly ties with the Taliban, and is looking to grow an intimate relationship with the terror organisation in order to ensure that its own security in the Xinjiang province is not compromised. China aims at keeping Uighur fighters at bay, and fears that the Taliban might harbour organisations like the ETIM if Beijing does not support its claims to form the government in Afghanistan.

Almost simultaneously, Russia is making several strategic moves. Russia is prepared to activate a military base in Tajikistan against advancing Taliban forces on the CSTO ally’s southern border.

China also has military bases in Tajikistan. Already, China has usurped 1,158 square kilometres of its territory in 2011, in exchange for Beijing writing off a part of Tajik debt. As such, the biggest threat to a successful Russia-India alliance against the Taliban is China, and it must be exterminated. Interestingly, both Russia and India will gladly take down China given the first opportunity.

Read more: India has taken it upon itself to crush the rising Taliban power with the Northern Alliance

For India, meanwhile, this will not be the first time that it will mount an offensive against the Taliban. For four years, between 1996 and 2000, India extended military and medical assistance to Ahmad Shah Massoud, the then military commander of the Northern Alliance, who fought the Taliban and U.S. forces till his assassination in 2001. India provided extensive assistance to the Northern Alliance — uniforms, ordnance, mortars, small armaments, refurbished Kalashnikovs seized in Kashmir, combat and winter clothes, packaged food, medicines, and funds.

Sensing a renewal of Indian efforts to arrest the growth of the Taliban, Pakistan is doing all it can to derail Indian projects in Afghanistan. In the long term, Pakistan hopes to win an ally in the form of the Taliban which will help it fulfil its Kashmir fantasy. As such, Indian projects worth $3 billion in Afghanistan, which New Delhi has built at great risk and by incurring huge costs itself, now stand the prospect of coming under attack by Pakistan and the Taliban. In order to protect such assets, India understands it must tame the Taliban by joining an alliance with Russia.

The signs are clear. Russia and India, alongside countries like Tajikistan, are preparing to take on the Taliban very soon. Chinese interests will inevitably suffer a huge jolt due to any offensive against the Taliban which Russia launches as part of an alliance with other countries. The understanding in Moscow, New Delhi and other national capitals of the region is unanimous – Taliban must not be allowed to threaten security in Central and South Asia, and steps must be taken immediately to avoid an Islamic caliphate from being established in Afghanistan.

A strong Palestinian Authority is important for peace and stability in Israel. But things look awry now