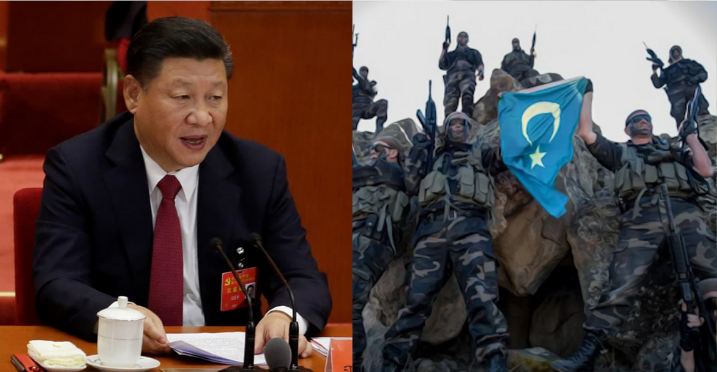 With the United States of America proving to be the latest casualty in Afghanistan, its troops have begun packing up. Many American and NATO forces have already departed from Afghanistan, as the Islamist terror organisation – the Taliban consolidates its position in the war-torn country and prepares to launch an offensive against Kabul, thereby establishing the “Islamic Emirate of Afghanistan” after all. The U.S. and its allies have been unable to defeat the Taliban over the past 20 years, and now, Afghanistan is all set to revert back to its hardcore Islamist governmental status, with the theological Sharia regime being imposed rather brutally on the Afghan people.

With the exit of the United States, China’s regional worries are getting compounded. It is indeed in support of U.S. forces leaving the region, but now is not the best time. Anyhow, now that the U.S. is leaving, China’s policy with regards to Afghanistan remains unclear. However, as explained by TFI earlier, China has established ties with the Taliban, as well as the civilian government in Kabul backed by the U.S. While the Taliban grows stronger with every passing day, China is haunted by the fact that the fundamentalist East Turkestan Islamic Movement (ETIM) will share glory alongside the Taliban.

The East Turkestan Islamic Movement (ETIM) is a militant organisation, which seeks to fight against Chinese excesses and abuse of human rights in the Xinjiang province. The East Turkestan Islamic Movement comprises of Uighur fighters, who have one goal in their lives – to liberate Xinjiang from the clutches of the Chinese Communist Party. Over 1 million Uighur Muslims have been dumped like cattle by China in what it calls “internment camps”, but which really bear an eerie resemblance to Hitler’s concentration camps.

China fears the East Turkestan Islamic Movement. It has accused the organisation of carrying out multiple attacks in Xinjiang, while also claiming to have busted a conspiracy by it to bomb the 2008 Beijing Olympics. The East Turkestan Islamic Movement is also active in Syria’s civil war, where battle-hardened fighters have largely been grouped in Idlib and other northern regions. The United Nations has categorised the group as a “terror organisation” since 2002. Interestingly, the Trump administration in 2020 removed ETIM from America’s terror list, saying there was “no credible evidence” that the organisation still exists.

But China is having sleepless nights on end nevertheless. The powers that be in Beijing know very well that the ETIM is not dead, and that with the growth of the Taliban in Afghanistan, the growth of East Turkestan Islamic Movement is slated to follow a similar trajectory. According to Asia Times, a Taliban takeover will lead to groups like East Turkestan Islamic Movement recruiting and radicalising more Uighur youth, many of whom are already deeply disaffected by reports of Beijing’s “vocational camps” and authoritarian control of Muslim religious practices in Xinjiang.

Four of China’s six so-called Silk Road networks, including the China-Pakistan Economic Corridor (CPEC), emanate from or pass through Xinjiang. Those roads aim to connect China with Russia, Central, Southern, and Western Asia, reaching the Mediterranean Sea. In what comes as very worrying news for China, a United Nations Security Council report confirmed that East Turkestan Islamic Movement, apart from basing itself out of Afghanistan, is also pursuing a “transnational agenda.”

Read more: Russia-India on one side and China-Iran on the other – The new Afghanistan equation after USA’s withdrawal

According to the report, ETIM is among the “foremost” foreign terror groups operating in Afghanistan. The report says ETIM is situated mainly in Badakhshan, Kunduz, and Takhar provinces and that Abdul Haq remains the group’s leader. The East Turkestan Islamic Movement is said to have at least 500 fighters in the north and northeastern provinces of Afghanistan which share a border with China.

As the Taliban grows, it requires allies and fighters to remain in power, and also ward off the threat of international powers once again descending upon Afghanistan. As such, it will not abandon the ETIM – but will rather strengthen it. Currently, the Taliban is basking in glory. Its enthusiasm knows no bounds, and China’s requests to the Talibani leadership to reign in ETIM elements will mostly fall on deaf ears. China is in for a big ride, now that the ETIM will rise like a phoenix to break the knees of the CCP and its forces.