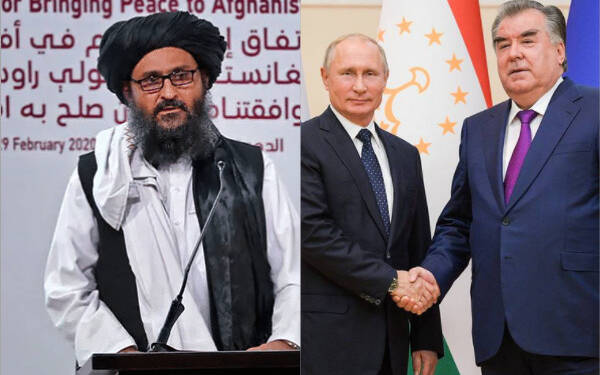 The fall of Kabul to the Taliban marks yet another watershed moment in the history of Afghanistan. The Taliban’s rise to power has set in motion a grand reset in South and Central Asia, purely in geopolitical terms. Countries in the region are no longer willing to engage with the Taliban, except for China and Pakistan, who of course, have their own petty interests to cater to by wooing the violent extremist organisation. Countries like India, Tajikistan, Uzbekistan, Turkmenistan and others are in no mood to grow a bonhomie with the Taliban. In fact, with the support of Russia, they are actually supporting the resistance front which has come to pose a real challenge to the Taliban’s gun-wielding monkeys.

Tajikistan has taken a lead in ruling out the very possibility of recognising the Taliban. While at it, Tajikistan has also handed over a hot and sizzling humiliation to Pakistan – which played a big role in supporting and funding the rise of the Taliban all these years. Now too, Pakistani irregulars have joined ranks with the Taliban and are rather openly speaking in Urdu, despite the Taliban supposedly composed of Pashtuns and having nothing to do with the Urdu language. Tajikistan has seen right through Pakistan’s charade, and to somehow calm tempers, Pakistan’s establishment dispatched foreign minister Shah Mehmood Qureshi to undertake an impromptu and emergency tour of Central Asian nations.

On his first stop in Tajikistan, the Pakistani foreign minister was tightly slapped. After the meeting between Tajik President Emomali Rahmon and Pakistan Foreign Minister Shah Mahmood Qureshi on Wednesday, Dushanbe made it clear that it won’t recognise any government in Afghanistan that is formed through “oppression”. In the statement, Tajikistan said, “Evidence clearly shows that the Taliban are abandoning their previous promises to form an interim government with the broad participation of other political forces in the country and are preparing to establish an Islamic emirate.”

The Tajik president also told Pakistan’s foreign minister in no uncertain terms that his country will not recognise any government which does not have the confidence and support of all people in Afghanistan. He called for an inclusive government with the participation of all minorities, especially Tajiks who make up more than 46 per cent of the Afghan population. For him to say the same to Pakistan right at Qureshi’s face shows how Dushanbe is making no secret of the fact that it knows its message will be delivered to the Taliban via Pakistan. This is quite an embarrassing feat for Pakistan. While Islamabad thought it could calm tempers in Central Asia, it has been reduced to a messenger by Tajikistan.

Meanwhile, Tajikistan is openly arming the resistance front which is fighting against the Taliban. In a massive show of support for the Afghanistan Resistance rising against the Taliban, the Northern Alliance, led by Ahmed Massoud and Amrullah Saleh received military equipment, weapons, and other supplies from Tajikistan on Monday morning. Tajikistan’s helicopters airdropped military equipment, guns, full ammunition, and food supplies for Massoud’s army. Pictures have emerged from Afghanistan showing Tajikistan’s choppers dropping arms in Panjshir.

Read more: TFI is the only media house that predicted Russian fingerprints in Saleh’s resistance. Taliban admits it too

Needless to say, Tajikistan cannot be arming the Amrullah Saleh and Ahmed Massoud-led Resistance Front without the blessings of Russia and President Vladimir Putin. Therefore, TFIglobal was spot on when we stated that Russia is backing the anti-Taliban forces in Afghanistan. However, Russia is walking a tightrope and is keeping its support for the resistance forces lowkey, since it does not want to spook the Taliban directly.

A rogue Taliban is no good news for Central Asia, and subsequently, for Moscow. If Russia were to antagonise the Taliban to a very large extent, the violent organisation would not shy away from sending its extremists into Central Asia, and even to the borders of Russia to carry out attacks. It must be remembered that Russia has historically never been in favour of Islamist warlords, mujahideen and the Taliban gaining control over Afghanistan. It launched an entire invasion in 1979 to prevent the mujahideen groups from rising to power. That invasion failed, but Putin seems to be back in action to fulfil the Soviet dream of a non-Islamist regime being established in Kabul, and one which remains indebted to Moscow.

In any case, Putin’s Russia is very conscious about its internal security. The country already faces a separatist movement in Chechnya, a republic of Russia in the North Caucasus close to Eastern Europe. Therefore, Putin is simply not willing to let a terror group like the Taliban find its way into Russia. In fact, if Afghanistan under the Taliban becomes too much of a problem, Russia might even begin a campaign to break away the country’s northern provinces and distribute them among Tajikistan and Uzbekistan – which will be more than sufficient incentive for these nations to always remain indebted to Russia and keep the Taliban in check on behalf of Moscow.