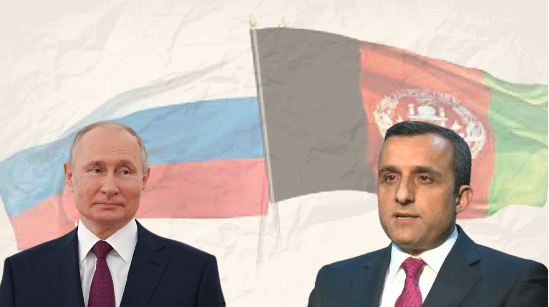 It was on August 19 when TFI became the only media house to predict the Russian fingerprints on Afghanistan’s resistance movement. And now Taliban itself has admitted it. Amrullah Saleh, a spy turned politician, is a decisive man who has taken it upon himself to drive the Talibani savages out of Kabul and exterminate them. Considering Russia’s diplomatic offensive against the Taliban in the backdrop of militant group’s increasing proximity to China, TFI predicted that Russia could be plotting to fulfil its Afghanistan mission, which it had failed to complete in the 1980s under the Soviet umbrella.

Now, a tacit approval has come from none other than the Taliban. In an interesting development on August 22, the Russian ambassador to Kabul revealed that the Taliban has approached Russia to convey its offer of a deal to the remaining pro-government holdout in northern Afghanistan. The Islamist group has also vowed to end the bloodshed in the region and has asked Russia to tell the pro-Afghanistan fighters that the Taliban hopes to reach a political settlement with them.

Read More: Amrullah Saleh has Russia’s blessings and he is going to rule Afghanistan

The fact that the Taliban, after usurping the whole of the country, is pleading Russia to bring the pro-government fraction on the negotiating table, illustrates two major realities of the Afghan crisis.

The one is that the Taliban cannot dare to capture the lone free province of Afghanistan, the Panjshir valley that has now housed the pro-Afghan fighters, the Afghan Army and the top resistance leaders. The reports emerged recently that around 300 Talibani terrorists were killed at the hands of resistance forces after an ambush erupted in the Fajr region of Afghanistan’s Andarab. This came after the son of Ahmad Shah Massoud, who was one of the main leaders of Afghanistan’s anti-Soviet resistance in the 1980s, said that he will not surrender areas under his control to the Taliban. He had also threatened the Taliban with war if the group refuses to engage in political negotiations. 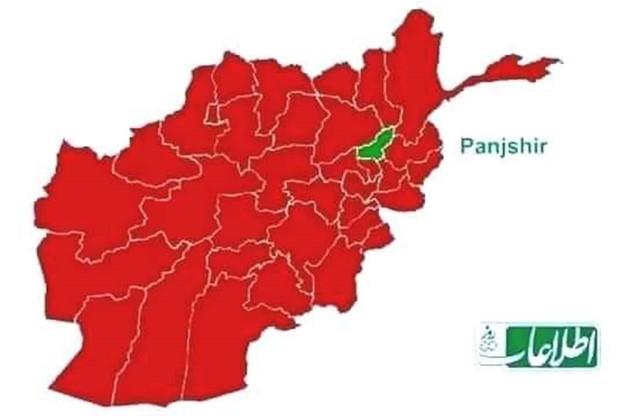 The other reality is that the resistance movement has Russia written all over it. The Taliban knows it and this is exactly what has prompted them to approach none other than Russia to initiate the mediation talks. Russia has so far played its cards well in the politically volatile Afghan crisis, and it wields significant influence not just on the pro-Afghan fraction but also on the Taliban. This puts Russia in an extremely advantageous position over other powers involved in the game. For instance, when Kabul fell into the Taliban’s hands, China jumped the gun by extending its support to the extremist group as if there was no tomorrow. This eradicated whatever little sway China enjoyed over the pro-government fraction in the war-torn country.

Now, Russia has acquired the status of a “Kingmaker” in Afghanistan. It has all the reasons and the means to wage a military offensive against the Taliban to fulfil its Afghan mission of the 1980s. It was in 1979 when the then-Soviet forces intervened in Afghanistan and attempted to shore up the newly established pro-Soviet regime in Kabul. However, around 9 years later in 1989, the Soviet forces had to retreat after the US, along with Pakistan, Iran and China began supporting the diverse group of rebels.

Russia hates the Taliban, and the country has designated the group as a “terrorist organisation.” Russia has already warned the Taliban, that any ties between it and Moscow will solely depend on the extremist organisation’s behaviour. The ball is now in the Taliban’s court. It desperately needs to win the goodwill of Russia but knows that doing so will not be an easy task. President Vladimir Putin has conveyed to the Taliban that they must behave themselves.

And now, the resistance movement’s rampage against the Taliban has put the Islamists group in a fix. The Taliban is already striving to garner the much-needed legitimacy from the international community and it could prove to be a long shot for the Taliban if Moscow continues to adopt an anti-Taliban policy.

Russia played an instrumental role in leading the anti-Taliban northern alliance post Taliban’s coronation to power in 1996. Now, as the calls for rejuvenating the Northern Alliance get strengthened, the Taliban is increasingly finding itself grappled with the fears of a Russia-led military intervention in Afghanistan. Vladimir Putin is asserting himself in the country through the resistance forces and the Taliban knows that for preserving its fragile hold over the country, it needs Putin’s blessings.