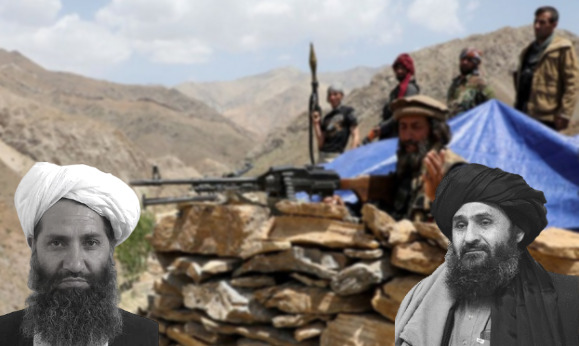 After the Taliban overran Afghanistan, the world thought that the Taliban is going to rule the war-torn country. The Taliban itself was looking to rule the country with complete authority and create what it calls the Islamic Emirate of Afghanistan. However, the dangerous dreams of a Taliban-ruled Afghanistan won’t see the light of the day due to some shocking developments.

Why did Baradar and Haqqani fight?

Gunfire was heard in Kabul on Friday and it is reported to have originated amidst a power struggle between Baradar and Haqqani. The root of the dispute between the two insurgent leaders is a difference of opinion on how to tackle Panjshir, where the NRF is showing tough resistance against Taliban fighters.

Meanwhile, an unverified Twitter handle related to Panjshir has stated, “We have received credible reports of Mullah Ghani Baradar’s death and Anna Haqqani’s injury during the clash over the power sharing in Presidential palace.”

We have received credible reports of Mullah Ghani Baradar death and Anna's Haqqani's injury during the clash over the power sharing in Presidential palace. Both of them has no presence in the media since last few days and it says Faiz was also there when the incident occurred.

How is Pakistan involved?

Islamabad is believed to be supporting Anas Haqqani, in the ongoing struggle for power within the Taliban. Faiz Hamid, chief of Pakistan’s external intelligence agency, ISI. As per CNN-News18, sources say that Pakistan is batting for the Haqqani Network to assert complete control over Afghanistan.

Meanwhile, Baradar’s death is said to have angered his supporters who as per the report, attacked Pakistan Army soldiers on the Pakistan-Afghanistan border.

Infighting and deep divisions within the Taliban are likely to weaken the extremist group’s influence within Afghanistan. Moreover, if Baradar has actually died, the Taliban may no longer be able to withstand its internal and external enemies.

Moreover, Pakistan’s support for the Haqqani Network is bound to create more chaos inside Afghanistan. The Taliban is itself an extremist group that broadly controls a group of terror outfits and mujahideen. It has no State-craft and running a government in Afghanistan was never really a cakewalk for it.

However, things get worse with the Haqqani Network, an UN-and US-designated terror group. It also maintains a deep nexus with Al Qaeda, one of the world’s deadliest terror groups. So, we can expect more backlash against the Taliban and its affiliated organisations within Afghanistan, if the Haqqani Network becomes too powerful.

At the same time, when different Taliban factions loyal to Haqqani, Baradar and Yaqub start fighting amongst themselves, they will lose the will to fight against the Northern Resistance Front (NRF). This is where we can expect a big move by the Panjshir Resistance forces uprooting the Taliban at several places in Afghanistan.

Regional and global powers could get involved:

When the Taliban overran Afghanistan, Pakistan and China felt the extremist group would get legitimised with their support. They assumed that with the US and NATO out of the way, the Taliban would be irreplaceable in Afghanistan.

However, the glaring divisions within the Taliban are offering leverage to external powers to get involved in Afghanistan all over again. Tajikistan and Russia have already shown the will to push back against the Taliban. While Tajikistan is giving moral and possibly physical aids to the NRF, Russian President Vladimir Putin has publicly censured the Taliban and has refused to attend the government formation ceremony of the extremist group.

India enjoys a peculiar position as the only democracy in South Asia with considerable influence and military firepower. Therefore, the heads of some of the world’s most powerful intelligence agencies are looking at India for managing and mitigating the Afghanistan crisis.

As infighting within the Taliban escalates, such regional and global efforts are also likely to pick up in a bid to further undermine and destabilise the Taliban. On the other hand, a weak Taliban is unlikely to withstand such external pressure.