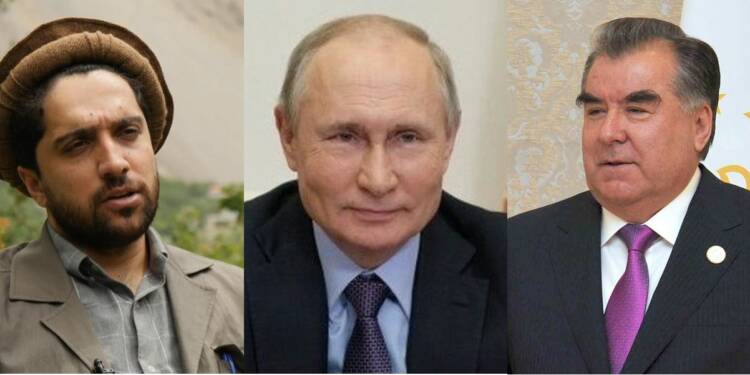 The Taliban claims to have concluded its campaign to take over Afghanistan by capturing the Panjshir Valley – the only province in Afghanistan which is showing stiff resistance against the extremist group. The Taliban also shared a video of its fighters entering the Governor’s house in Panjshir and hoisting the Taliban flag.

However, the Taliban’s claims are now getting contradicted by the Northern Alliance’s vow to keep fighting the Taliban and some unconfirmed reports of airstrikes against the Taliban hideouts purportedly with the support of Russia or Tajikistan.

Ahmad Massoud, the leader of the Northern Resistance Front (NRF) has reportedly called for a “national uprising” against the Taliban. He said, “Wherever you are, inside or outside, I call on you to begin a national uprising for the dignity, freedom and prosperity of our country.”

The Northern Resistance Front has itself said that it was present in “strategic positions” and that “the struggle against the Taliban and their partners will continue”.

When the Taliban was overrunning Afghanistan, many Afghan Air Force pilots had fled to Uzbekistan and Tajikistan along in their air assets. Till now, these assets stayed parked in the two Central Asian nations.

Russia or Tajikistan getting involved?

Mohammed Alsulami, president of International Institute for Iranian Studies (RASANAH), tweeted, “Unidentified aircraft attacked Taliban targets and moved to an area with resistant forces. Who did it, Russia or Tajikistan?”

Tajikistan is suspected to be involved in the unconfirmed attack on Taliban hideouts. Ahmad Massoud is presently believed to be in Tajikistan and Tajikistan also shares a strong ethnic connection with Afghan Tajiks who have joined the Northern Alliance in large numbers.

Then, Tajikistan also has a natural interest in strengthening the Northern Resistance Front in order to push back against the Taliban. Tajikistan is worried about the tendency of the Taliban to infiltrate its fighters into Central Asia along with Afghan refugees in order to exercise more influence in the region.

Even earlier, there were reports about Tajikistan openly arming the resistance front which is fighting against the Taliban. The Northern Alliance led by Ahmad Massoud and Amrullah Saleh was said to have received military equipment, weapons, and other supplies from Tajikistan. However, Tajikistan denied these reports.

On the other hand, Russia itself remains concerned about the threats posed by the Taliban. Russian President Vladimir Putin had even said, “They (Central Asian republics) are in one way or another our closest partners and allies. We share common borders, but there are no visa restrictions. Imagine that (Afghan) refugees entered any of these countries. Who is among these refugees, how do we know? There may be thousands of them, or even hundreds of thousands, and maybe even millions. But we and our closest allies do not even have any visa restrictions. And what about our [common] border? It is thousands of kilometers [long]! One can get a car or even ride a donkey, and can go across the steppe. What are we going to do about it?”

At the end of the day, both Russia and Tajikistan have their own reasons to support the Northern Resistance Front. In fact, Moscow is already empowering countries like Uzbekistan and Tajikistan to take on the security threat posed by the Taliban. It won’t, therefore, be a surprise, if the Northern Alliance strikes back at the Taliban with even greater vigour amidst the latter’s claims of having taken over the Panjshir Valley.