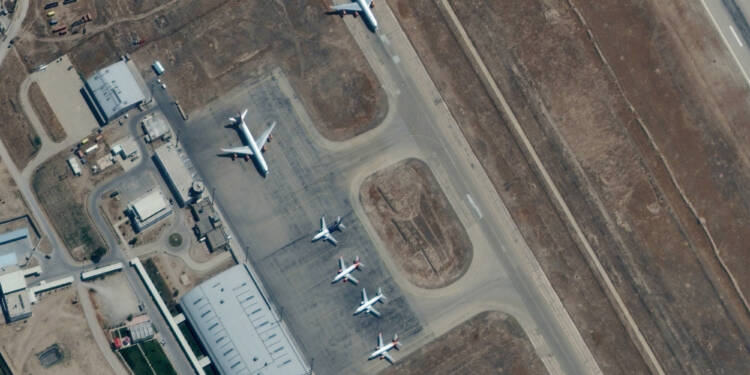 ● In an interview, Rep. Michael McCaul (R-Texas) stated that six planes have been sitting at the Mazar-i-Sharif international airport “for the last couple of days,” according to information from a State Department communication to members of Congress.

● An Afghan official at the airport in the northern city of Mazar-e-Sharif said that the would-be passengers were Afghans, many of whom did not have passports or visas, and thus were unable to leave the country.

It seems that the worst is still not over, and because of Joe Biden’s disastrous withdrawal from Afghanistan, Afghans and Americans have been left stranded in Afghanistan and are now at the mercy of the Taliban. Officials said Sunday that at least four planes chartered to evacuate hundreds of people fleeing the Taliban’s takeover of Afghanistan have been unable to leave the country for days, with conflicting accounts emerging about why the flights were unable to take off as pressure mounts on the US to assist those left behind.

The would-be passengers, according to an Afghan official at the airport in the northern city of Mazar-e-Sharif, were Afghans, many of whom did not have passports or visas and thus were unable to leave the country. He stated that they had exited the airport while the problem was being resolved. In another statement, six planes with Americans on board are trapped at the Mazar-i-Sharif International Airport in northern Afghanistan, unable to take off due to a lack of Taliban clearance, according to Rep. Michael McCaul. During an appearance on “Fox News Sunday,” McCaul, a Republican from Texas, said Afghan interpreters were also on the planes.

“In fact, we have six aeroplanes at Mazar-i-Sharif airport, six aeroplanes, with American citizens on them as I speak, also with these interpreters, and the Taliban is holding them hostage for demands right now,” McCaul, the top Republican on the House Foreign Affairs Committee, told Fox News’ Chris Wallace. This is the first major hijack after the one that happened with Indian Airlines Flight 814, back in 1999, and the sheer significance of this cannot be understated.

And the shining example of Joe Biden’s foolishness is amply visible. Biden had the time to make use of the infighting between the Taliban and the Haqqani network, instead he let them be and has even left many of the American flights back in Afghanistan. Recently, Joe Biden’s 14-minute call with former Afghan President Ashraf Ghani reveals the evil that has currently occupied the White House. During the phone call, despite being aware of the fact that the Taliban was defeating Afghan security forces in one province after the other, Biden told his counterpart – Ashraf Ghani that he should fix his government’s “perception problem”.

Read more: 7 Lies of Joe Biden that turned Afghanistan episode into a global shame for America

Biden told Ghani, “I need not tell you the perception around the world and in parts of Afghanistan, I believe, is that things are not going well in terms of the fight against the Taliban.” In a shocking demand, Biden then directed Ghani, “And there is a need, whether it is true or not, there is a need to project a different picture.”

Last Tuesday, the US military ended its two-decade mission in Afghanistan, however between 100 and 200 Americans remain in the country, according to US Secretary of State Anthony Blinken. Last Thursday, Blinken stated, “Our commitment to them and all Americans in Afghanistan – and everywhere in the world – continues.” While it is not a new thing now that America is leaving behind its own, the current hijack of American planes with American and its alliance members inside.