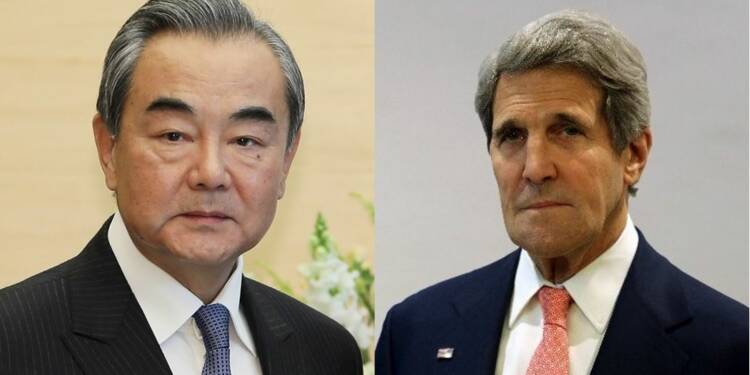 Chinese diplomats have, in fact, gone as far as diplomatically embarrassing U.S. Presidential envoy and the former Secretary of State John Kerry. Presently functioning as Biden administration’s climate czar, Kerry was supposed to engage in some tough talks with Beijing over the thorny issue of climate change. However, an indifferent China openly insulted Kerry.

Taliban got a better reception:

Anders Corr, an experienced China observer and publisher of the Journal of Political Risk said, “The Taliban got a better reception” when a delegation of the extremist group met Chinese Foreign Minister Wang Yi in Beijing in July.

China is the biggest polluter in the world and the Communist country alone accounts for one-third of the current global carbon dioxide emissions. China burns more coal than the rest of the world combined and still shows no signs of cutting down on emissions.

Kerry was supposed to slam Chinese leaders for their irresponsible behaviour, which is clearly derailing US President Joe Biden’s climate change agenda. However, Kerry was up for even more embarrassment during his interactions with Wang Yi and other Chinese officials.

Meanwhile, Kerry strangely claimed that the talks were “very constructive” and that he was “very direct” in asking the Chinese to stop financing the construction of new coal plants that obstruct global efforts to tackle climate change.

Biden was in favour of cooperating with China on climate change since the very beginning of his Presidency. A desperate Biden is, in fact, tolerating China’s diplomatic insults for the purpose of securing its cooperation on the climate front. However, Biden might just get trapped here.

China is explicitly pushing back against decoupling climate change and other political issues. This means that China is effectively blackmailing the US. Xi Jinping’s signal is clear- China won’t cooperate on climate change unless the Biden administration legitimises China’s political, economic and human rights abuses in Xinjiang, Hong Kong and Tibet.

At the end of the day, Beijing is offering Biden a deal- we will give you photo-ops and propaganda material on climate change if you relent in the Indo-Pacific.

However, China is not reliable when it comes to upholding commitments and assurances. Did China honour the Sino-British Joint Declaration on Hong Kong? Or did Xi Jinping abide by an Obama-era assurance of not militarising the South China Sea? What is the guarantee that China will abide by a similar assurance or even a written agreement on climate change?

Biden however still seems to trust China and is all set to get played by his Chinese counterpart Xi Jinping.