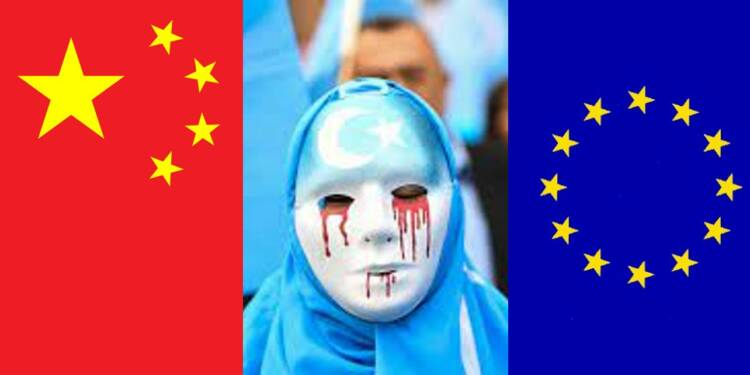 The European Union (EU) has been accused by China of setting ‘unacceptable’ preconditions on a visit to Xinjiang province.

The Chinese delegation to the EU stated in a statement that Beijing has welcomed diplomats from the EU and its member states stationed in China to visit Xinjiang on several occasions. “However, the trip has not materialized due to preconditions set by the EU side, which are unacceptable to any sovereign state” the statement read.

Any intervention in China’s domestic affairs will be faced with a strong and resolute response, according to the mission. The Chinese mission’s statement came just hours after the EU’s foreign and security policy agency, the European External Action Service (EEAS), said the EU has taken a ‘firm stance’ on human rights in Xinjiang and will introduce new due diligence rules to ensure European companies identify and address forced labour risks in their supply chains.

Read more: The latest war of words and French actions against Xinjiang cotton suggest that the EU-China investment deal is on thin ice

The remarks were included in a written response to a February petition calling EU foreign policy chief Josep Borrell to look into the case of Ilham Tohti, an outspoken Uyghur economist professor who was imprisoned for separatism in 2014, as well as the treatment of other Uyghur dissidents.

The Chinese embassy slammed the EEAS statement, calling it “completely devoid of facts and confuses black and white.”

“We express our strong disapproval of and firm opposition to it. The document, listing what the EU has done on Xinjiang in recent years, is clear evidence of its interference in China’s internal affairs under the pretext of the so-called Xinjiang-related issues and fully exposes its hypocrisy on human rights issues,” the mission said.

It contended that the EU side is in ‘no position to make groundless accusations’. “Over the past few decades, under the leadership of the Communist Party of China, Xinjiang has made unprecedented and historic progress in economic and social development, human rights and people’s well being. No one knows better than the 25 million-plus Xinjiang people about Xinjiang’s human rights situation and people’s well being,” the statement read.

Since 2016, an estimated 2 million Uyghurs and other Muslim minorities have been jailed in Xinjiang, a province in Communist China. They are thought to have been detained in Xinjiang detention centres. Many former inmates claim they were subjected to sterilization, physical torture, and attempted indoctrination.

China has consistently denied the allegations, arguing that its efforts are aimed at combating extremism, resolving ethnic tensions, and alleviating poverty in the resource-rich region. Critics, on the other hand, believe that the tours are staged and have encouraged Chinese officials to allow for an unbiased investigation by countries that have sent their own teams.