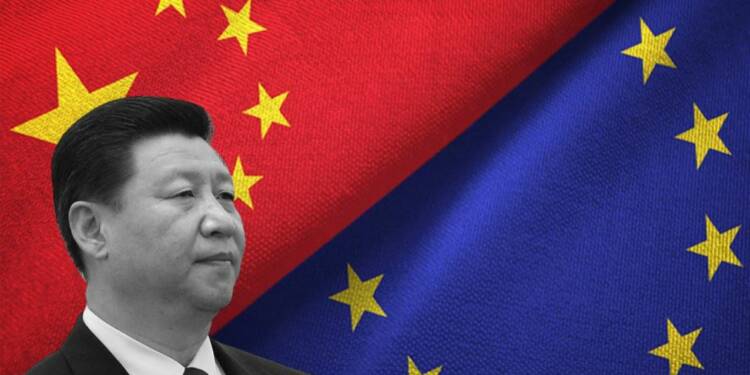 The one new thing that happened in the foreign policy structure of the Chinese Communist Party was the introduction of the wolf warrior diplomacy, as part of which the diplomats and representatives of China in different countries used all types of verbal intimidations to those whose views were not in line with what is acceptable to Beijing. However, after almost more than a year of free run, it seems the European Union has had enough of this.

As per news reports, The European Parliament halted on Thursday ratification of a new investment pact with China until Beijing lifts sanctions on EU politicians, deepening a dispute in Sino-European relations and denying EU companies greater access to China. The resolution to freeze ratification passed with 599 votes in favour, 30 votes against and 58 abstentions. Earlier, China imposed sanctions on European officials and institutions in March after the European Union – along with the United Kingdom, Canada, and the United States – sanctioned Chinese officials over human rights abuses in the Xinjiang region.

Many of the major parties in the European Parliament backed the motion, including the European People’s Party, Socialists and Democrats, European Conservatives and Reformists, Renew Group, and the Green Party, demonstrating how Beijing’s sanctions helped to bring the political spectrum together. “The Chinese side wants the CAI deal badly, but they miscalculated and now continue to underestimate the determination of the European Parliament to defend European interests and values,” said German MEP Reinhard Buetikofer, who was one of those targeted by Beijing.

Earlier, the entire Xi Jinping administration was rushing to somehow salvage the China-EU deal. While the Chinese President Xi Jinping tried to induce the European Parliament into ratifying the investment deal, Chinese Premier Li Keqiang targeted European business leaders and sought their support for the EU-China investment deal. Chinese President Xi Jinping is literally down to begging the EU for salvaging the investment treaty. In fact, Xi is getting unnerved by the European Union’s changing attitude towards Beijing. Last month, the EU approved sanctions on several Chinese officials involved in the ongoing Uyghurs genocide in Xinjiang. China itself had responded with retaliatory sanctions on 10 European politicians and scholars.

China actually ended up making a huge mistake. It imposed sanctions on five leading EU Parliament members whose votes are needed to ratify the investment treaty. The sanctions have angered European lawmakers. The EU Parliament, then, decided to cancel a meeting in which the EU-China investment deal was to be discussed. Prominent European lawmakers even threatened not to ratify the investment treaty. And now as this has become a reality China is observing in real time its wolf warrior diplomacy getting backfired.

In response to the resolution, China’s mission to the EU said the investment agreement was “mutually beneficial” and not a “favour” from one side to the other. China’s sanctions were a legitimate response to EU actions, it said. “China has all along sincerely promoted bilateral cooperation and hopes the EU will meet us halfway,” the mission said in a statement posted on its website on Friday. This sudden change in tone must signal an understanding on the part of China that it’s wolf warrior diplomacy is backfiring spectacularly as Europe has found its backbone and has voted against the investment deal with China.