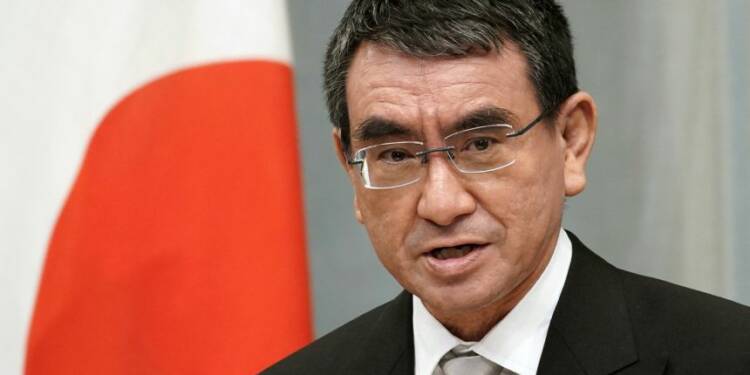 After Shinzo Abe retired from active politics, there was a nagging fear that the era of one-year Prime Ministers and political instability will return in Japan and hinder its ambitions of becoming a Great Power all over again. Now, Yoshihide Suga’s decision to step down has reinvigorated the same fears.

Yet, Japan’s future seems bright with Tarō Kōno, a former Defence Minister, China hawk and a dynamic leader, looking all set to take over. He is currently leading the opinion polls and is the frontrunner in the Prime Minister’s race.

Japan is set for yet another change of leadership. Yoshihide Suga is set to get replaced as Japan’s Prime Minister and the race to succeed him is already underway. However, there is no respite for China, as Tarō Kōno, a dynamic 58-year old leader is expected to replace Suga. In any case, he is going to be a China hawk with pro-Taiwan leanings.

Two opinion polls over the last few days have clearly shown that Tarō Kōno is the top choice of Japanese voters, with 23% telling the Yomiuri Shimbun daily that they favour him for the premiership. Former Defence Minister Shigeru Ishiba however follows Kōno closely with 21% of the survey respondents favouring Ishiba.

Kōno has emerged as the frontrunner for Japan’s premiership because of his connection with the Japanese youth.

In the recent past, Japan’s youth has gone through a process of political enlightenment. With events like the Coronavirus Pandemic, the controversy surrounding the 2020 Olympics, China’s growing belligerence, the Senkaku Islands dispute, improving Japan-Taiwan relations and demands for revising the pacifist Constitution, Japan’s youth has suddenly come into focus.

Traditionally, Japan is an ageing country with old leaders, and the older generations are much more politically engaged than the young. But in the upcoming elections, the Japanese youth will become an important constituency given the transformational changes the country is going through.

Former Japanese Prime Minister Shinzo Abe, who is presently the tallest leader in Japan and the ruling Liberal Democratic Party (LDP) backs Sanae Takaichi. If Takaichi succeeds with Abe’s blessings, she could become the first female PM of Japan.

However, Takaichi is presently trailing far behind Tarō Kōno at 3 per cent as per the Yomiuri Shimbun daily survey. In fact, Abe, who has already retired from Japanese politics remains the favourite choice of 5 per cent respondents and still commands more popularity than the candidate he is backing.

Tarō Kōno has prior experience of serving under Shinzo Abe. And therefore, he has acquired a staunchly anti-China political stand in line with Abe’s policies. In an interview with American Daily last year, Kōno had taken a dig at China for trying to change the status quo of the South China Sea.

The former Defence Minister had said, “Anyone who is trying to change the status quo by force needs to be forced to pay a high cost.”

Commenting on China stationing missile batteries and deploying fighter jets and bombers on several newly created islands in the South China Sea, Kōno had noted, “That is destabilizing.” He had added, “A free and open maritime order in the South China Sea is as important as any other place and what happens there … will concern the international community.”

Kōno has reportedly advocated bolstering Japan’s defences in order to respond to any emergency situation created by Chinese air or naval activity against Taiwan or Japan’s southern islands. This reeks of a commitment to take Japan away from post World War-II pacifism, seek stronger alliance with Taiwan and push back against Chinese aggression. It is because of these reasons that Kōno has emerged as a frontrunner in the ongoing race for Japanese premiership.

China is no longer the most attractive investment destination in the world. India is