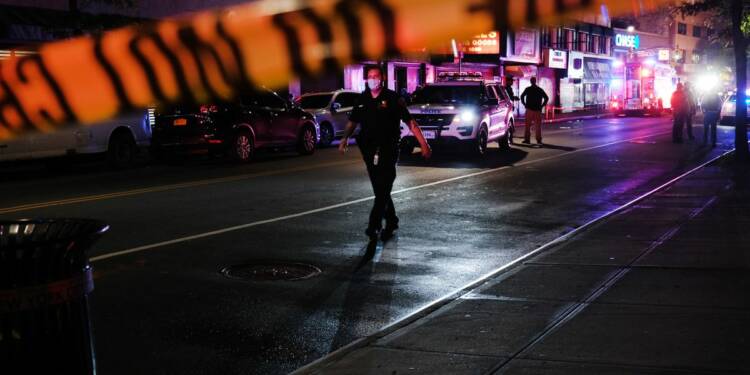 American streets have grown dangerous and are overwhelmed with criminals more than ever. “Defund the police” campaign and “banning of pursuit by police” has left the police apparatus paralyzed in the country. Policing has been rendered a perilous job owing to the Democrats’ sinister campaign of dismantling the force. The citizens’ first line of defense is willfully being knocked down and resultantly, the cops are tendering their resignations en masse, in the hunt for better and more secure jobs in other sectors.

For instance, a Missouri police chief recently fretted about the lack of proper equipment needed to perform their duty while announcing his resignation along with his several colleagues. On the other hand, Kimberling Mayor Bob Fritz yapped in a frustrated voice that he has no idea of the situation. He said, “Have I ever said no to you guys? No, you haven’t. So how can I explain this right here? I have no idea,” while talking to the local media outlets.

Similar developments surfaced in Chicago recently where the number of young patrol officers taking leave of absence to work outside jobs has doubled year over year since 2019. In more than eight cases out of ten, the police officers end up tendering their resignations within a year of their leaves taking effect. In 2019, 23 Chicago patrol officers took leave of absence for outside employment. In 2020, the number doubled to 49. In the first half of 2021, 47 officers did so, on track to double the number again.

Another worrisome trend is that the city administration is struggling to hire new officers to keep up with the exodus. In 2020, 646 officers of the Chicago Police Department retired or quit their job; however, only 157 new officers were instated. It proves how policing is increasingly becoming a weary job to such an extent that it is hardly motivating for the American youth to serve in the force.

The campaign stems from BLM protests of 2020

It all started back in May 2020, after the death of George Floyd sparked violent racial protests across the United States. Minneapolis became the epicenter of the demonstrations, with demonstrators and some lawmakers calling for the city’s police force to be dismantled and defunded. The campaign saw many takers and, as any sane thinking person would have predicted, it has had a disastrous effect. Cities in response lashed their police department’s funding last year and such cities have seen an uptick in certain crimes over the period.

Read More: ‘Defund the Police, shut down city jail,’ St. Louis Mayor orders even as criminals bring the city to a bloody halt

Despite a 40-year high crime rate in the city, Tishaura Jones proposed to shut down a city jail and divert $4M from police find to social programs and cut nearly 100 police jobs. But Chicago’s mayor Lori Lightfoot went a step further with her sinister agenda of dismantling the police force with her diktat of disallowing the patrol officers from “foot chasing an injured criminal.”

Crime rate skyrockets throughout the country

The anti-police campaign has resulted in a whopping rise in the crime rate throughout the country. Total violent crimes in Minneapolis increased by 22% between March 2019 and July 2020, to 3,692 from 3,025 in 2019; the violent summer months tend to have triggered such a dramatic uptick, according to a review of Minneapolis Police Department figures.

Murders in Portland have more than tripled year on year, according to reports. Homicides have increased by 270.6 percent between July 2020, when the city’s budget cuts were enacted; and February this year, the most recent data available, relative to the same period last year. According to police reports, there were 63 murder offenses registered from July 2020 to February 2021, but only 17 from July 2019 to February 2020. These are the two cities that represented the whole idea of defunding the police. Moreover, other states that followed the idea are also suffering, be it New York City, Los Angeles, Austin among others.

Read More: ‘Defund the Police’ campaign in the aftermath of Floyd’s death has led to countless murders in the USA

It won’t be short of a horrendous scenario to imagine American streets full of criminals, murderers and goons with no Police officer in sight. The crisis is real, but is hardly motivating for the Democrats to shed off their hatred for a sound and stable police system.