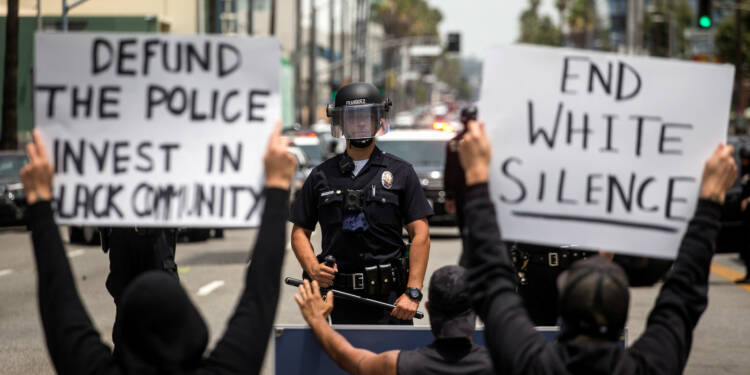 The death of George Floyd in May 2020 sparked violent racial protests across the United States. Minneapolis became the epicentre of the demonstrations, with demonstrators and lawmakers alike calling for the city’s police force to be dismantled and defunded.

The campaign saw many takers and, as any sane thinking person would have predicted, it has had a disastrous effect. Cities in response lashed their police department’s funding last year and such cities have seen an uptick in certain crimes over the past year, as reported by Fox News.

Cities like Los Angeles, Minneapolis, New York City, Portland, Oregon and Austin, Texas have diverted money from police forces to social welfare agencies. As a result of the cuts, some agencies have had to lay off staff, postpone recruitment sessions or scale down their hiring targets.

According to a Fox News crime study, some major cities have experienced dramatic increases in homicides and other violent offences as police forces have been left to make do with reduced budgets and little funding. These cities are learning the hard way that how costly supporting left-wing ideas can be.

Minnesota Representative Ilhan Omar and other Democrats had been pushing for an unnecessary ‘defund the police’ initiative. The cause was the tragic death of George Floyd under police custody. The Democrats, however, instead of resolving the issue, explicitly incited violence under the cover of BLM protests. So, why is the city council now refunding the police? Apparently, there are not enough police personnel to protect the citizens from the criminal elements.

On Friday, the city council unanimously voted to approve an additional $6.4 million for funding requested by the police. The department reports that it has only 638 officers on staff — about 200 fewer than standard. After Floyd’s death and the subsequent crises, an unprecedented number of officers resigned or went on an extended medical leave.

Read more: Minneapolis Council had defunded its Police. Then criminals took over the streets. Now they are hiring more cops

Total violent crimes in Minneapolis increased by 22%  between March 28, 2019 and July 22, 2020, to 3,692 from 3,025 last year; the violent summer months tend to have triggered such a dramatic uptick, according to a review of Minneapolis Police Department figures.

Murders in Portland have more than tripled year on year, according to reports. Homicides have increased by 270.6 per cent between July 2020, when the city’s budget cuts were enacted, and February this year, the most recent data available, relative to the same period last year. According to police reports, there were 63 murder offences registered from July 2020 to February 2021, but only 17 from July 2019 to February 2020.

Palestine is not an issue for the ‘kingmaker’ in Israel. It means Netanyahu is coming back