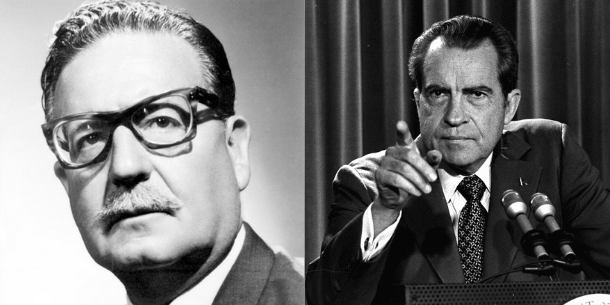 The world once again observed the anniversary of 9/11 – the most horrifying terror attack across the world, in which not hundreds, but thousands of innocent people, mostly Americans lost their lives to Islamist jihad. But there is another 9/11 which skips public memory very often. We are talking about the 11 September 1973 coup d’état in Chile against President Salvador Allende, led by Commander-in-Chief Augusto Pinochet. This one event would go on to save the fortunes of the Latin American country for generations to come and prevent it from becoming yet another failed socialist dictatorship on the lines of Cuba and Venezuela.

Salvador Allende would have been the end of Chile as a democracy. During his inglorious tenure, Allende heralded an era of socialism which can best be described as a concoction of Soviet and Cuban models. Private enterprise was crushed, lands were expropriated, assets and businesses were nationalised and democracy, in general, was run over. Allende also made the judiciary an insignificant institution, and blatantly ignored the orders and directives of Chile’s supreme court. Allende’s Minister of Agriculture, Jacques Chonchol, expropriated all estates which were larger than eighty “basic” hectares (about 200 acres). No farm in Chile exceeding this limit remained by the end of 1972. Within eighteen months, the Latifundia (extensive agricultural estates) had been abolished.

Allende won 36% of the vote in the Presidential election and, not having garnered a popular majority, was chosen by the Chilean Congress as per the country’s constitution. He then went about trying to socialize the Chilean economy and society. 1/

In the 1970 presidential election, Allende had failed to win a popular majority and had garnered 36.2 per cent of the vote. Needless to say, for the three years he lasted since, the man did not have the trust of the people, and Chileans did not approve of his radical socialist agenda a tad bit. So, something needed to be done. Salvador Allende was too powerful a dictator to defeat democratically. He even had a protection force sent over by Cuban dictator Fidel Castro to protect his government.

It had become a necessity after 1970 to rid Chile of Salvador Allende. The man had gone berserk and would destroy Chile in a rather short period if allowed to continue in power. So, the United States, back then under the leadership of President Richard Nixon took a calculated and strategic risk, which went on to become a boon for Chile as a country.

On September 15, 1970, Nixon ordered the CIA to help instigate a military coup against Allende during a closed-door Oval Office meeting with his National Security Advisor Henry Kissinger and CIA Director Richard Helms. The CIA Director made notes of the meeting, and in them, he scribbled the words, “1 in 10 chance perhaps, but save Chile! [N]ot concerned risks involved. no involvement of embassy. $10,000,000 available, more if necessary. Full-time job—best men we have. Game plan. Make the economy scream.”

According to Foreign Policy, by the second week of September 1970, the CIA was instructing its operatives to foment economic, political, and psychological warfare to create a climate for a revolution. Following the election, the CIA developed a two-pronged strategy. The CIA first sought to employ the strategy of co-opting outgoing Chilean President Eduardo Frei to annul the 1970 election result. Frei did not succumb, so, the Nixon administration decided to go for plan B. This involved stoking chaos in Chile, which would “provide the Chilean military with the pretext for seizing power.”

Read more: No one blames JFK for Vietnam, but it was he who caused countless American deaths

This campaign, involving the funnelling of money and weapons to anti-Allende elements and aiding in the assassination of the commander in chief of Chile’s armed forces, Gen. René Schneider, in October 1970 ultimately laid ground for the September 11 coup d’état against Salvador Allende. On the chosen day in 1973, the Chilean military (Army, Navy and Air Force) and police overthrew Salvador Allende, and Augusto Pinochet seized power. During his tenure, which lasted until 1990, Pinochet brought in several reforms, leading to the country ultimately reverting to democracy after a plebiscite showed that the public wanted Pinochet out of office.

Augusto Pinochet was responsible for the deaths of several leftists. When seen in contrast to Salvador Allende, many argue that Pinochet was the lesser evil, who ultimately helped save Chile from taking a radical socialist turn. Pinochet’s reforms led to Chile continuing to remain the best-performing economy in Latin America through the 1990s.

President Richard Nixon played a big role in saving Chile from the evil of Communism. Had he not given the go-ahead to create an atmosphere in the Latin American country conducive for a coup, Chile would have gone down a very dark and undemocratic road, under the leadership of Salvador Allende.

Thankfully, the coup paved the way for Salvador Allende to kill himself at the Presidential palace with a rifle gifted to him by his compatriot, Fidel Castro, and that was the end of Communism in Chile.