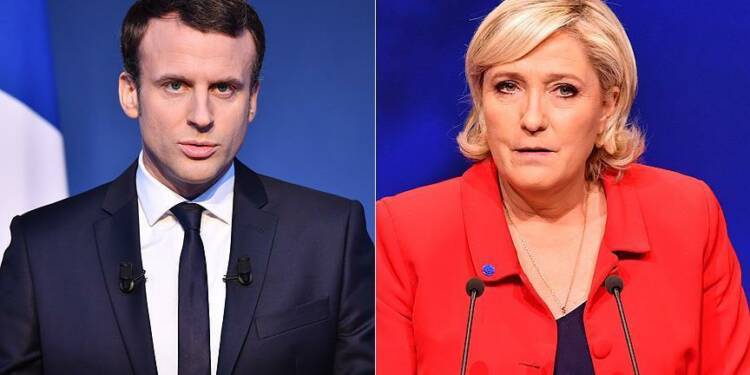 France is running a major campaign against radical Islamism. It is also taking Europe away from radical Islamism. And now, France’s campaign against Islamism is bound to intensify with Marine Le Pen and French President Emmanuel Macron competing with each other ahead of the 2022 elections. Both of them stand for French freedoms and democratic liberties, and also push back against Islamism.

France might as well be the first country in the whole of Europe, where both the competing President hopefuls are pro-right wing and anti-Islamism. The signal coming from France is clear- whoever gets elected in France, the country is going to push back against Islamism and push for policies against immigration.

France is supposed to elect its President in the 2022 elections. Far-right leader Le Pen has launched a major campaign against President Macron whom she describes as “arrogant”.

Taking a dig at the French President, she said, “We know now who Emmanuel Macron is and what he stands for,” she told journalists in Fréjus at the weekend as she burnished her French nationalist credentials. “It seems to me that the French want this choice between him and me. It’s really a choice between globalism and nationalism.”

The firebrand leader, Le Pen, has also promised to restore law and order to what she called France’s “narco-housing estates” and “Talibanised” zones at the start of her 2022 Presidential election campaign.

Addressing the elected politicians of her anti-immigration Rassemblement National party in Fréjus, Le Pen said, “There will be no place in France where the law does not apply.” she told cheering elected politicians of her on the Mediterranean coast on Sunday. “We will eradicate gangs and mafias and all those, Islamists or not, who want to impose rules and ways of life that are not ours.”

Le Pen also claimed that she would be a “President of French freedoms”.

Marie Le Pen is a far-right leader and incumbent French President Emmanuel Macron started of as a liberal who was “neither right nor left”, but has subsequently turned into a titled right-wing leader. Both Macron and Le Pen focus on law and order and immigration control.

Macron is yet to confirm if he will run for President again, but opinion polls show that he and Le Pen would top the first round of voting in April and finally Macron will defeat the populist right-wing leader in a repeat of the 2017 elections.

Last year, the French President had said, “Islam is a religion that is in crisis all over the world today, we are not just seeing this in our country.” He had further said that the minority of France’s estimated six million Muslims were in danger of forming a “counter-society”.

In a strange turn of events, the global left has turned bitterly critical of Macron and the French President has himself become a right-wing icon of sorts. As the French President, Emmanuel Macron has been relentless in his efforts to free France of radicalism.

Macron was able to stand up to radicalism after horrifying events like Samuel Paty’s beheading. This is why his popularity continues to peak in France despite Le Pen’s blistering poll campaign. In any case, France is headed to elect a staunchly anti-radical President, be it Le Pen or Macron.