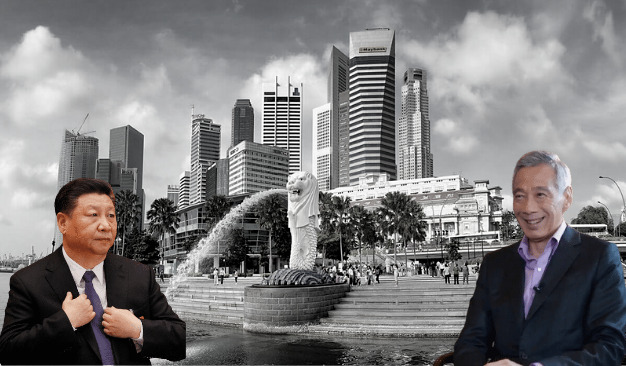 As Southeast Asian nations struggle to fight Chinese expansionism, Singapore is showing how to kick the paper Dragon. Singapore’s Ministry of Home Affairs (MHA) has introduced a new law to prevent, detect and disrupt the use of hostile information campaigns and local proxies by foreign entities in domestic policies. The law is, of course, aimed at battling growing Chinese interference in Singapore’s internal affairs.

The proposed law, which has been titled the Foreign Interference (Countermeasures) Act, empowers the Minister for Home Affairs to take down content that deems to be a part of a hostile information campaign.

The proposed law is intended to cover social media companies, electronic services like online messaging apps or search engines, Internet access providers, and even owners and controllers of websites or blogs.

Bilateral Issues with “another nation”:

Singapore’s Ministry of Home Affairs (MHA) hasn’t categorically spelt out the reason behind its proposed law. However, it did mention that Singapore’s bilateral issues with “another country” in late 2018 and 2019. The Singaporean Ministry further disclosed that there was an “abnormal spike” in critical comments about Singapore on social media at that time.

The Ministry added, “These posts, made by anonymous accounts, sought to create an artificial impression of opposition to Singapore’s positions.”

It can be reasonably inferred that the statement about bilateral issues with “another country” is a reference to China. In 2018, China tried to undermine the Singaporean national identity, while exploiting cultural affinity and semblance with the large Singaporean Chinese community to prompt them towards showing loyalty towards the Chinese “motherland.”

In 2019, the Washington, DC-based Jamestown Foundation published a report titled, “A Preliminary Survey of CCP Influence Operations in Singapore.” The think-tank found that the CCP exploits its cultural, linguistic, business and media links in Singapore to shore up its influence in the Southeast Asian nation.

Singapore is a target of the CCP United Front. The United Front, which Jinping had once described as his secret “magic weapon”, has been used by China to spread its deadly tentacles around the world by infiltrating universities, parliaments, civil societies, and even religious places.

China uses the “United Front” to co-opt and neutralise sources of potential opposition to the policies and authority of the Chinese Communist Party (CCP) inside the country, as well as outside.

Simply put, the United Front is a coalition of groups and individuals working towards the CCP’s common goals against its enemies to pin them down. These operations are mostly covert and deceptive and they spread beyond China’s borders. By using the United Front to spread its influence in Singapore, Beijing is trying to undermine the sovereignty and stability of the Southeast Asian nation.

Singapore protecting its universities from the CCP:

The Singaporean government is also looking at enacting legislative measures to reduce foreign influence on its organisations, including universities.

The Southeast Asian nation has addressed the foreign influence’s issue in its universities after lawmakers raised concerns about foreign influence operations and intelligence recruitment from Singapore’s educational campuses. The Singaporean government is therefore waking up to the security threats posed by espionage cases involving academics.

Singapore’s Minister for Home Affairs K Shanmugam said, “Foreign interference operations are increasingly sophisticated and well-disguised. The affordances of the internet have increased the potential of online hostile information campaigns, but covert attempts to exercise control or influence over organisations and individuals are just as insidious. As the threats evolve, we need to continue to build up our capabilities to detect and disrupt such activities.”

The Minister added that the Singaporean universities and institutions “have processes and protocols to maintain oversight over academic collaborations and partnerships, both local and overseas, and take measures to instil awareness among their staff on the risks of foreign interference”.