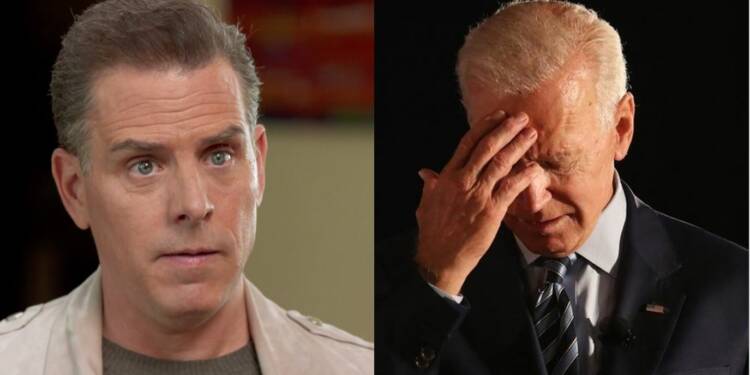 Hunter Biden has become a frequent name on the news media with the latest revelations adding to the extent to which the Bidens bent the rules of the USA, but also utilized Joe Biden’s position to intimidate people for seeking profits. A new book reveals how Joe and Hunter Biden used Joe’s position to gain profits and even sack the leadership of a company, and along with this, his uncle Jim Biden bought the firm with the help of family allies, so that Hunter Biden can get a job.

Hunter Biden’s story tells us how much one can get away with their daddy being Joe Biden and with every passing day the list becomes larger. Although Hunter Biden has claimed that he has revealed everything in his memoir, Beautiful things. But the latest revelations only add to the shameful misuse of Joe Biden’s position and the use of his office for profit.

Earlier, the forensic study of a hard copy of the content of his laptop commissioned by DailyMail.com gives us a detailed account of his excesses. The texts which were studied as part of the forensic study reveal how Joe Biden was sucked into his son’s torrid love life, became a punching bag for Hunter’s drug-fuelled rants and paid his grandchildren’s bills when Hunter had drained his bank accounts from his spending on prostitutes and crack cocaine.

Use of Joe Biden’s position for profit

As reported by New York Post, Hunter Biden worked as a lobbyist for William Oldaker, Joe Biden’s campaign lawyer and treasurer, in January 2006. Joe’s younger brother, Jim Biden, requested a favour from his buddy Anthony Lotito regarding the subject of Hunter needing a new job. Joe was preparing to run for the Democratic presidential nomination, and his son’s job as a lobbyist in Washington would be a stumbling block. At least, that’s what Lotito said in court documents afterwards. Jim and Hunter both denied that such a call had occurred. In early 2006, the three of them agreed to enter the hedge-fund business one way or another.

This is when they laid eyes on Paradigm Global Advisors, which was formed by James Park, who was married to Sun Myung Moon’s daughter. The success of Paradigm was aided by the company’s cheap labour costs. Many of its employees were Moonies who took low-paying jobs in exchange for the privilege of working beside Moon’s son-in-law. As per the report, Jim and Hunter offered to buy the ﬁrm out for $21 million. For ﬁnancing, they leaned on family allies.

Joe Biden’s decision to prohibit American investments and capital outflows into Chinese Communist Party-linked companies comes just a month after it was revealed that 125 American companies with close ties to the CCP received up to $420 million in Paycheck Protection Program (PPP) loan funds last year.

What if we told you that Joe Biden has prohibited American investments in Chinese enterprises with ties to the CCP and PLA because Hunter Biden’s career and riches are at stake? According to the National Pulse, companies that have received millions of dollars in investment from Hunter Biden are among those affected by the restriction.

Read more: Hunter Biden was investing in companies linked with the CCP. Now, Biden is trying to cut off ties

Sensing that his son might end up in hot water, Joe Biden signed an anti-China executive order to ensure that American money doesn’t “support the People’s Republic of China‘s (PRC) military, intelligence, and other security research and development programmes” or companies that “facilitate repression or serious human rights abuse.”

In the latest revelation, Jim and Hunter arrived with Beau Biden (Hunter’s brother) and a couple of hefty men, according to the executive. Stephane Farouze, the firm’s president, was ordered to be fired by the new owners. Farouze was led out of the building by the massive men. It’s worth remembering that Jim and Anthony Lotito co-owned Americore International Security, a firm that employed private security personnel, at the time.

Joe was the ranking member of the Senate Foreign Relations Committee when Jim and Hunter took over Paradigm. When the Democrats took control of the Senate a few months later, Joe was named chairman of the committee. The US was nearing the pinnacle of its worldwide strength and prestige. Joe was one of the few people who had a voice in how this vast enterprise was run.

The fact that he and his uncle used the office of Joe Biden and his name as a public servant, is the tell-tale sign of using the office for profit.

A new Anglo-French war looks like a possibility, only this time it will be a diplomatic one