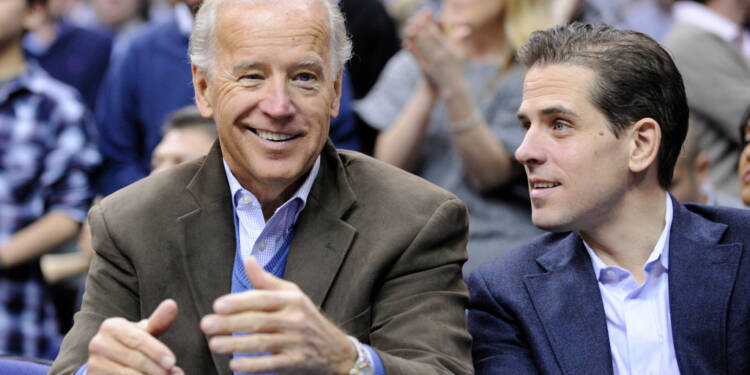 President Joe Biden on Thursday signed an Executive Order which allegedly “solidifies and strengthens” a Trump-era order prohibiting American individuals or groups from investing in or contributing capital to Chinese firms with known ties to the military-industrial complex of China, the People’s Liberation Army and the CCP’s military wing. Biden banned investment in nearly 60 firms due to close ties to the Chinese Communist Party military operations and human rights abuses.

But here’s the interesting part – Joe Biden’s decision to ban American investments and capital outflows into Chinese companies close to the CCP comes just a month after it was revealed that 125 U.S. firms with significant links to the Chinese Communist Party received up to $420 million in Paycheck Protection Program (PPP) loan funds last year.

Now, what if we told you Joe Biden banned American investments into Chinese companies with links to the CCP and PLA because it is Hunter Biden’s career and fortune which is on the line here? According to the National Pulse, among the companies included in the ban are entities that have enjoyed millions of dollars in investment from Hunter Biden.

Thus, sensing that his son could end up in a puddle of trouble, Joe Biden signed a seemingly anti-China executive order, so as to ensure American capital doesn’t “support the People’s Republic of China’s (PRC) military, intelligence, and other security research and development programs” or companies that “facilitate repression or serious human rights abuse.”

The National Pulse reported that a private equity firm led by Hunter – who’s inked several deals with Chinese military-linked entities excluded from the ban – counts multi-million-dollar investments in a firm included on the list – China General Nuclear (CGN) Power Corporation. BHR Partners – the private equity firm where Hunter Biden served as a director since 2013 – was a $10 million cornerstone investor in CGN’s initial public offering (IPO). Occurring in 2014, the IPO was the second largest of the entire year, valued at over $3 billion.

CGN – in which Hunter Biden’s company invested has had one of its consultants convicted by the U.S. Department of Justice (DOJ) for company-wide schemes to “procure U.S.-based nuclear engineers to assist with designing and manufacturing certain components for nuclear reactors” for nearly two decades. The DOJ even said the secrets stolen by the consultant of CGN posed a “significant damage to our national security.”

As per the business records reviewed by Fox News, Hunter Biden continues to hold a 10 per cent stake in Chinese private equity firm Bohai Harvest RST Equity Investment Fund Management Co. (BHR Partners). What is even more shocking is that BHR Partners is no ordinary private equity firm. This fund was actually founded in 2013 by Bohai Industrial Investment Fund Management Co., Ltd., which is itself controlled by the Bank of China, one of the four biggest Chinese State-owned commercial banks.

Read More: Biden’s new Afghan policy will end up burning both US and China along with itself

So, let us get this straight- the son of US President Joe Biden owns a 10 per cent stake in a Chinese private equity firm, which was founded by a company controlled by a leading Chinese State-owned commercial bank. In view of such details, it does not really come as a surprise that Joe Biden only this month decided to ban investments by American firms into companies linked or close to the CCP. He was just preparing a face-saving act for his son, so that the White House can turn around and say, “But we’ve banned investments into Chinese companies!”

Do not be fooled by such rhetoric. The reality is that the Biden family began feeling the heat due to their rather overt ties to the Chinese Communist Party. Rest assured; the Hunter Biden scandal is a gift which keeps on giving. Until the truth is exposed, the Biden family will not be able to draw a peaceful breath, fearing the many angles of the scandal being susceptible to exposure at all times – threatening Joe Biden’s presidency no less.