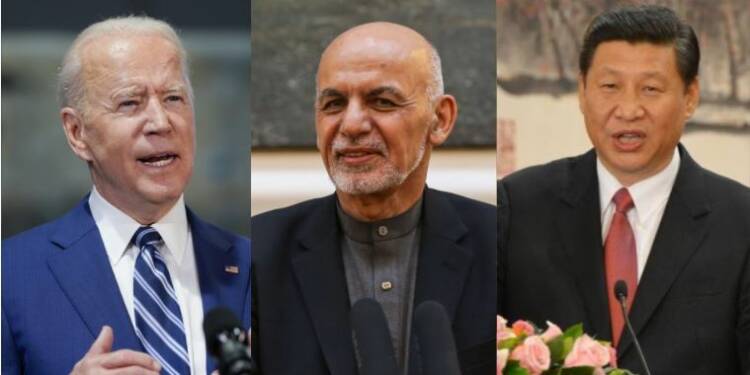 When Pentagon official David Helvey told the Senate that the Pentagon was looking into the possibility of basing US forces in neighbouring countries to provide over-the-horizon counter-terrorism support to the Afghan government, he sparked debate in Pakistan, which has previously provided similar arrangements to the US and caused some experts to wonder whether such a scenario would change the stance of the Afghan government.

According to Asfandyar Mir, a Stanford University South Asia security specialist, regional basing is necessary for the US to monitor and attack regional and transnational terrorism threats that may develop following the US withdrawal from Afghanistan.

“These potential bases could anchor the U.S.-Pakistan relationship in a, on balance, cooperative trajectory for a period of time, which has remained tense for the last few years. It will also ease the threat of sanctions against Pakistan and might lead to a resumption of military and economic U.S. aid,” he told Nikkei Asia.

At the same time, experts worry that hosting US bases could lead to conflict between Pakistan and the Taliban in Afghanistan. According to Nikkei Asia, these bases would be viewed by the Taliban as deception by the US in the Afghan peace process, according to Lukasz Przybyszewski, a West Asia specialist for the Asia Research Center at Warsaw’s War Studies University. “The Taliban would be forced to seize control over the country and then to focus on cross-border skirmishes and infiltration on Pakistani soil,” he warned.

According to Przybyszewski, US bases in Pakistan would undoubtedly attract jihadist attention not only to these assets but also to Pakistani installations and other targets.

Following Helvey’s remarks, Pakistani media began reporting that the US is looking for military outposts in the country. The reports were swiftly dismissed in Islamabad. In a statement to the media, Foreign Office spokesman Zahid Hafeez Chaudri said, “There is no US military or air base in Pakistan, nor was any such proposal envisaged.”

Zabihullah Mujahid, the Taliban spokesman, published a message on Twitter denouncing US outposts in Pakistan and other nations bordering Afghanistan. He cautioned that allowing US military outposts on neighbouring countries’ soil would be seen as treason and would go down in history as such. He went on to say, “We urge neighbouring countries not to allow anyone to do so.”

According to Stanford University’s Mir, if Pakistan hosts US military sites, the Afghan Taliban may enhance their support for the Pakistani Taliban, with whom they remain strongly allied, in order to put pressure on Pakistan.

Afghanistan has grown in importance in the context of the Belt and Road concept since the announcement of the US army pullout. Pakistani media reported last week that Pakistan and China had agreed to include Afghanistan in the China-Pakistan Economic Corridor (CPEC) project, which is part of Chinese President Xi Jinping’s Belt and Road initiative.

Experts say China may take a two-pronged response to the deployment of US soldiers in Pakistan, depending on internal and foreign reasons. China may consider the sites as a threat to its $50 billion CPEC project in Pakistan. James M. Dorsey, a senior fellow at the S. Rajaratnam School of International Studies in Singapore, told Nikkei Asia, “China will not be happy about [U.S.] bases in Pakistan due to perceived threats to its investments, and Islamabad has to be mindful of this while deciding on allowing U.S. bases.”

Experts believe that on Pakistan’s exterior front, US bases could indirectly protect Chinese interests from militants based in Afghanistan. “China is very concerned about the threat of transnational terrorists like al-Qaida and China-focused groups like the Turkistan Islamic Party in Afghanistan, and the spillover that might have for China’s western periphery. So if the U.S. is able to monitor and degrade threats associated with al-Qaida, that is to China’s benefit as well,” Mir said.

But the current tensions between the United States and China and China’s own willingness to have a greater influence in Afghanistan to have access to its mineral resources worth trillions of dollars has put it in a conundrum. China has already offered to play mediator between the Afghan Taliban and the government.

Continued US presence in Afghanistan could impact the influence China seeks to gain, as well as would further destabilise the region. Complete US withdrawal could be the only solution that would limit further conflicts.

But there is also a case of Biden’s warmongering deep state that he needs to keep content. Biden’s swearing-in had brought on the notion that complete US withdrawal could be stopped. But its delaying the new shift in policy to have bases around Afghanistan is a further attempt to keep the region under constant conflict, burning military and financial resources and would only fill up the coffers of the select few.

Moreover, further conflicts would escalate and could spell trouble for China, the United States and for the safety and security of Afghanistan, for which the US presence around it could even lead to an existential threat.