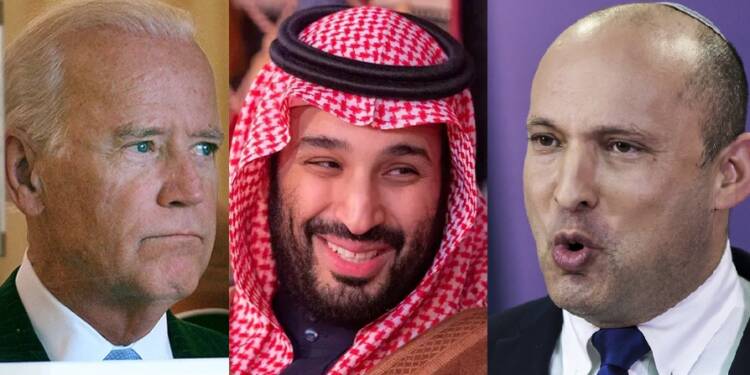 The Biden administration is scrambling to keep its flock together and in its efforts, they are making all the wrong decisions. Instead of supporting its allies, Biden is trying to make sure that he can coerce its allies into being loyal. Even a layman can tell how dumb the approach is and it will end up harming the US itself. Saudi Arabia has approached Jerusalem regarding the potential of purchasing Israeli-made missile defence systems, according to Breaking Defense, at a time when the American systems on which the Kingdom has long relied have been removed.

According to local sources, American THAAD and Patriot batteries have been secretly evacuated from Prince Sultan Air Base south of Riyadh, as reported by the Associated Press over the weekend. Following a 2019 strike on Saudi oil production facilities, those assets were transported within the Kingdom; while the attack was claimed by Houthi forces in Yemen, US officials concluded that Iran was behind it. According to Israeli sources, Saudi Arabia is now seriously contemplating its options. China, Russia, and, in a move that appeared inconceivable only a few years ago, Israel, are among them.

Biden had a clear agenda in his mind right from the beginning. He wanted to undermine Saudi Arabia’s de-facto ruler Mohammad Bin Salman. The White House suddenly grew critical of MBS over issues like human rights and violations and reached out to King Salman instead. It was then when MBS realized that the kingdom’s overdependence on the US is doing no good to Saudi’s long-term interests in the region and decided to take it upon itself to hammer out a basic understanding with its fierce rival Iran.

The top officials of Iran and Saudi Arabia have already engaged thrice in the past few months and are working out to hold the fourth round of talks once the dust settles down in Tehran over Raisi’s assumption to power. Furthermore, the Taliban’s blistering rise to power in Afghanistan has provided Arabs and Iranians another cogent reason to bury the hatchet and re-align their posturing in the region to meet the growing threats emanating from the war-torn country. Hence, the Saudis are now taking the matter into their own hands while pressing their ties with Moscow at once.

Earlier in Biden’s presidency, the administration stated that billions of dollars in arms shipments to the United Arab Emirates (UAE) and Saudi Arabia had been temporarily halted. The move was described as a “normal administrative procedure” by a State Department official, who noted that it was standard practise for incoming governments to evaluate significant arms agreements launched by outgoing administrations.

The interim halt will allow the Biden administration to ensure that “US arms sales fit our strategic objectives of establishing stronger, interoperable, and capable security partners,” according to the State Department.

More recently many in Biden administration have suddenly started propogating a Saudi role in 9/11 attacks and these developments are a sure shot method to further alienate Riyadh.

The Saudis are considering either the Rafael-made Iron Dome, which is stronger against short-range rockets, or the IAI-made Barak ER, which is meant to intercept cruise missiles. According to Israeli defence sources, such a transaction would be feasible if both countries gained Washington’s consent; one source noted that Saudi “interest in the Israeli systems has reached a very practical point.”

In such a situation when the regional geopolitics is in tatters, frustrated by the actions of the Biden administration, Saudi Arabia now dumps the US for Israel. As per the same reports, the Saudis had been in low-level negotiations with Israel regarding similar systems for several years, but the talks picked up steam as it became evident that America would withdraw its air defence assets from the Kingdom.