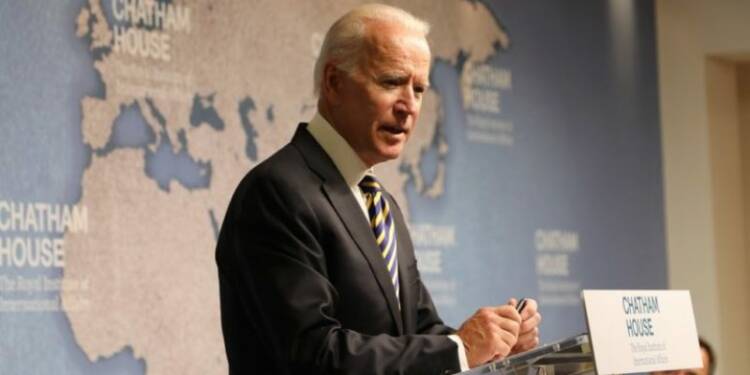 The US president Joe Biden’s debacle in Afghanistan has sent out a clear message to American allies worldwide— You trust America, you lose big.

The US is fast losing its status as a net security provider to its allies in Europe, Asia and the Middle East. Biden’s botched-up Afghanistan withdrawal has sparked security concerns in the region that has left the fate of countries like Saudi Arabia and Iran hanging in balance. All these countries are less secure than they were a few months before. The tensions are running hot. Biden has conveniently blamed Afghans for his own foul-up in Afghanistan. Resultantly, Biden has lost whatever little sway the US still held over the Middle Eastern region in one move.

The answer to this question lies in Tehran. As soon as Biden ensconced himself in the White House, the first thing he did was to engage Iran to resuscitate the Iran Nuclear deal or the JCPOA that had been rendered defunct under his predecessor Donald Trump.

After years of a strained relationship with the Obama administration, the US-Saudi Arabia ties witnessed a rosy relationship when Trump came to the helm of the affairs. Trump dumped Iran and accused it of harnessing ambitions of developing nuclear capabilities. Tehran-Washington ties nose-dived in great proportions; however, that helped America’s ties with Arab states flourish at once.

But Biden had a clear agenda in his mind right from the beginning. He wanted to undermine Saudi Arabia’s de-facto ruler Mohammad Bin Salman. The White House suddenly grew critical of MBS over issues like human rights and violations and reached out to King Salman instead. It was then when MBS realized that the kingdom’s overdependence on the US is doing no good to Saudi’s long-term interests in the region and decided to take it upon itself to hammer out a basic understanding with its fierce rival Iran.

The top officials of Iran and Saudi Arabia have already engaged thrice in the past few months and are working out to hold the fourth round of talks once the dust settles down in Tehran over Raisi’s assumption to power. Furthermore, the Taliban’s blistering rise to power in Afghanistan has provided Arabs and Iranians another cogent reason to bury the hatchet and re-align their posturing in the region to meet the growing threats emanating from the war-torn country. Hence, the Saudis are now taking the matter into their own hands while pressing their ties with Moscow at once.

The Arab world had intensified its engagements with Russia in the meantime. Last month, Saudi Arabia and Russia signed an agreement to develop joint military cooperation between the two countries. In Moscow, Saudi Arabia’s Deputy Defense Minister Prince Khalid Bin Salman said, “We discussed our common endeavour to preserve stability and security in the region, and reviewed shared challenges facing our countries.” The Saudi defense minister had earlier met with his Russian counterpart, Sergey Shoygu to “explore ways to strengthen the military and defense cooperation” between the two countries.

So, Saudi Arabia, and the Arab world, by and large, have dumped the US for Moscow and are looking forward to establishing peace in the region without letting the US play its usual part of a spoilsport.

Biden threw his weight behind the Iranian regime as soon as he made his way to the White House. He eased sanctions on Iran, tried to engage it and even offered economic opportunities in return for Iran’s re-entry to the JCPOA deal. However, Biden’s Iran bet went bust after the election of a more radical Ebrahim Raisi in Tehran. He showed no intention to return to the JCPOA, and now the new Iranian regime is working out strategies to mitigate the USA’s influence in the region by siding with China.

The Raisi regime has shown no qualms against ditching Biden’s America for fulfilling its nuclear ambitions. For instance, the International Atomic Energy Agency (IAEA) recently declared that Iran has increased the stockpile of its enriched uranium levels, breaching the 2015 Iran nuclear deal limits to restrict the Iranian nuclear program. The enhanced uranium being stockpiled by Iran could be used to build nuclear weapons, which would put the entire Middle East at risk of unprecedented devastation amidst growing tensions between Iran and the Israel-Arabs alliance.

Raisi’s agenda is polarly different from that of his predecessors, and possibly, even more, radical than Supreme Leader Ayatollah Ali Khamenei himself. Raisi will develop a nuclear bomb for Iran – by hook or by crook. A nuclear deal is nothing more than a piece of paper for the new President of Iran and will have no bearing on Iran’s military nuclear program.

The current Naftali Bannett administration in Israel has so far managed to conceal its differences with the Biden administration; however, the relations between the two could hit a roadblock once the former Prime Minister Netanyahu returns to the fray. Biden had already started targeting the USA’s thriving relations with the Jewish state when Netanyahu held the sway over the government. Biden did not call up Netanyahu after his inauguration; instead, he rushed to mend the USA’s ties with Israel’s fierce rival Iran that set alarm bells ringing in Riyadh and Jerusalem.

Biden’s indifference towards Israel could very well prompt the Jewish state to forge closer ties with Russia and Netanyahu had firmly signaled his intentions to do so when he was in power. It is a widely established fact that the way into the Middle East runs through the heart of Israel. Whoever earns the trust and friendship of Israel can play a dominating role in the region. For the past four years, under the Trump administration at the helm of affairs in the U.S., Russia could not play a dominating role in the region. Now, however, Joe Biden is offering such an opportunity to Moscow on a silver platter.

Read More: Netanyahu’s message to Biden is absolutely clear: We always have Russia to back us up

Thus, Biden has successfully botched up the USA’s relations with all key players of the Middle Eastern region in less than 8 months of his power. Afghan debacle is proving a massive costlier affair for the Biden administration than what it could have thought of beforehand. Knowing America’s proclivity of messing up things around the world, America is genuinely back with all its evil intentions of setting the world on fire.