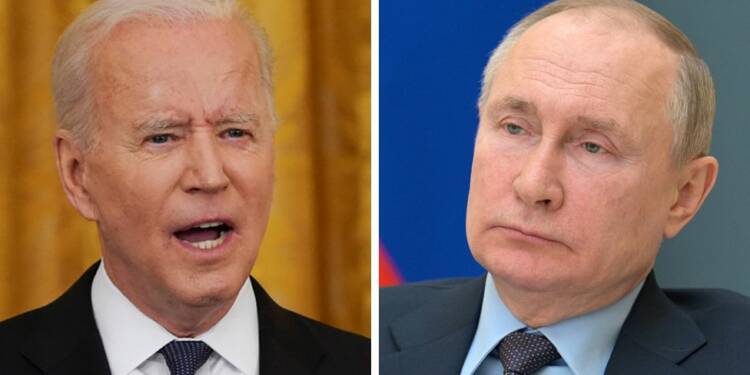 Joe Biden knew all along. He knew precisely what was going to happen when the US left Afghanistan in a dying hurry. As a matter of fact, he did not just know but was counting on Afghanistan to spiral down the road of violence, chaos and violent extremism. Joe Biden has propelled the rise of the Taliban. He is the man who has facilitated the entry of the organisation into Kabul. For his own petty geopolitical ambitions, Joe Biden has chosen to sacrifice a country of 31.5 million people at the altar of hatred for Russia.

The end goal for the Biden administration remains stirring up trouble in Russia’s backyard, that is, Central Asia. The strengthening of the Taliban, and the violent extremist organisation having an entire country under its thumb will lead to a rise in Islamist radicalism across Asia, more so in the volatile Russian borders which are already embroiled with insurgencies. Vladimir Putin is simply not in a mood to let such plans of the Democrats fructify, which is why he has begun an offensive against Joe Biden in the Middle East.

Why did Biden pull out the troops first, even before American citizens and allies were evacuated? Even if he pulled out the troops, why did he leave large amounts of weapon systems, arms and ammunition back in Afghanistan? Joe Biden has simply abandoned cutting-edge American weapon systems and military equipment in Afghanistan for the Taliban to capture. Did he want the Taliban to get its hands on such equipment? Yes, as a matter of fact, he did. Joe Biden is an old man, but that does not mean he cannot pull off something as messed up to the core as this. In his hatred for Russia, Biden has chosen to support the Taliban.

Apart from bringing the Taliban at par with top-notch US forces, such military hardware will be shipped to China for reverse engineering. China will then make its own variants of such equipment, to be used to flex muscles against Russian allies in Central Asia. Effectively, Joe Biden has cleared the road for China, Pakistan and the Taliban to collectively challenge Moscow’s influence in Central Asia, which serves the larger goals of the Democrats to see Russia being weakened geopolitically.

While Biden thought that he could stir up trouble for Russia in Central Asia and quickly get out, the Democrats’ plans have backfired rather magnificently. Owing to the Biden-facilitated rise of the Taliban, today, Russia is getting closer to Arab nations in the Middle East which are generally seen as U.S. allies. Russia had set a strong precedent with its Syrian intervention in 2015. Putin had sent a resounding message back then too – if any volatile situation becomes a threat for Russia, as Syria during its civil war did, Moscow will not shy away from going to war to protect its own interests.

Now too, the situation in Afghanistan poses a severe challenge to Russia, and also to India. It is, therefore, no surprise that Russian President Vladimir Putin and Indian Prime Minister Narendra Modi talked about the Afghan crisis for over 45 minutes on Tuesday. Joe Biden has, in fact, with his Taliban adventure, ended up strengthening Russia’s stature around the world – especially in Asia and the Middle East.

As the crisis in Afghanistan – triggered by Joe Biden began to unfold, Moscow began reaching out to Arab capitals in the Gulf. On Monday, for instance, Saudi Arabia and Russia signed an agreement to develop joint military cooperation between the two countries. In Moscow, Saudi Arabia’s Deputy Defense Minister Prince Khalid Bin Salman said, “We discussed our common endeavour to preserve stability and security in the region, and reviewed shared challenges facing our countries.” The Saudi defense minister earlier met with his Russian counterpart, Sergey Shoygu to “explore ways to strengthen the military and defense cooperation” between the two countries.

Also on Monday, Russian Deputy Defense Minister Alexander Fomin said during talks with his UAE counterpart Al Jaberi Mubarak Saeed that Russia is ready to arrange the production of armaments and military hardware on the territory of the United Arab Emirates (UAE). Fomin said, “We, Russia, are ready not only to supply equipment and armaments but also share technologies and arrange local production on the territory of your country.”

As it turns out, Monday seems to be have been the chosen day for Russia’s Middle East push. King Abdullah II of Jordan met Russian President Vladimir Putin on Monday. They discussed the situation in Syria and Afghanistan, according to Russian media reports. The Russian leader and King of Jordan examined military hardware during a walk after the meeting. According to news agency TASS, “The Russian president explained that these weapons are both supplied to the Russian army and exported. In his words, direct contacts with colleagues from the armed forces of foreign countries help build up trust.” Putin therefore subtly indicated that Jordan and Russia should grow stronger military and personnel-to-personnel ties.

Meanwhile, according to the Jerusalem Post, the Russian ambassador in Tehran said that Russia and Iran are negotiating on weapons and that after the lifting of the UN arms embargo against Iran, Tehran and Moscow are holding talks on a wide range of weapons.

While Biden had thought that the Taliban and an Afghanistan ruled by it could be weaponised against Russia, Vladimir Putin has turned the tables on the Democrats and is pursuing enhanced relations with a variety of countries with even greater momentum. Joe Biden’s devious plans have backfired completely. It seems every move which the disaster of a President makes ends up humiliating him.