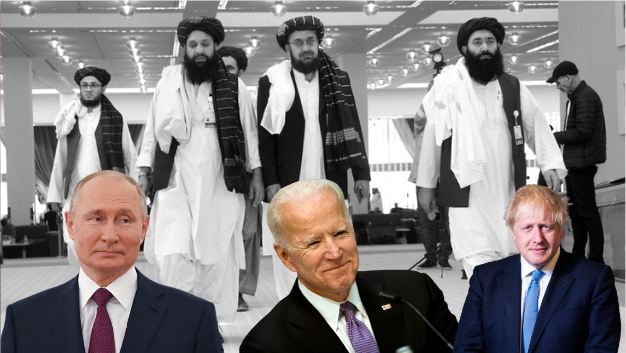 The Taliban has taken over Afghanistan. Theoretically, the Islamist extremist organisation is now in control of the war-torn country, which has not witnessed peace in 48 years. However, the Taliban has suddenly realised that riding to Kabul, killing people openly, oppressing women and living like medieval cavemen is much easier than even attempting to run a country of 31.5 million people. For an organisation which has publicly beheaded people, molested their human rights like nobody else, forced women behind black cloaks and the four walls of their homes – getting international recognition should have been an impossible task. No sane country can ever recognise such an organisation, but the United States of America and the United Kingdom seem keen to do so.

That’s right. After waging a 20-year long war against the Taliban in Afghanistan, the US and the UK are beginning to grow a soft corner for the organisation. The Taliban’s human rights record, or lack thereof, is in no manner hindering the democratic world order led by the US to grant legitimacy to the violent organisation which, rest assured, is a threat to humanity. In an interview with ABC News on Thursday, for instance, Joe Biden said the Taliban must decide whether it wants to be recognized by the international community.

Biden said, “I think they’re going through a sort of existential crisis about: Do they want to be recognised by the international community as being a legitimate government? I’m not sure they do,” adding that the group appeared more committed to its beliefs. This is pretty much like suggesting the Taliban to tone down its repression, engage in a vast and extensive PR exercise and pave the way for the US and other countries to recognise it.

He added, “We may well discover, if we give them the space, that this Taliban is of course more reasonable but what we absolutely have to remember is that they are not a homogenous organisation – the Taliban is a group of disparate tribal figures that come from all over rural Afghanistan.” It is almost as if the West is beginning to have solid second thoughts about the Taliban. Why would they not? Liberal media, led by the likes of the Washington Post have embarked on a mission to give a humane touch to the violent organisation.

The Washington Post, following the Democratic Party’s line obediently, published an article in which they sought to project Donald Trump as a greater force of evil than the Taliban. In a story published on Wednesday, reporters Craig Timberg and Christiano Lima praised the Taliban’s online tactics – including a regularly-updated Twitter feed, as showing ‘such a high degree of skill,’ that they believed a PR firm had been drafted in to help them get their extremist message across, just like regular politicians in normal democracies. The publication also claimed that the Taliban’s internet presence did less to incite violence than Donald Trump did.

Interestingly, the UK’s army chief also said that he was in contact with former Afghan president Hamid Karzai. Carter said Karzai was slated to meet the Taliban on Wednesday. It seems Hamid Karzai is lobbying on behalf of the Taliban and is pushing the West to give some space to the violent organisation.

Read more: Amrullah Saleh is Russia’s man in Afghanistan and he is going to rule Afghanistan

While the US and the UK, accompanied by liberal media outlets rush to lay the groundwork for granting recognition to the Taliban, Russia is working on a radically different plan altogether. As explained by TFI, it seems Russia is fulfilling its Afghanistan mission, which it had failed at in the 1980s under the umbrella of the erstwhile Soviet Union. While the Taliban attempts to get in the good books of Russia, Putin seems to be playing a double game with the organisation, by putting his weight behind Afghan President Amrullah Saleh. 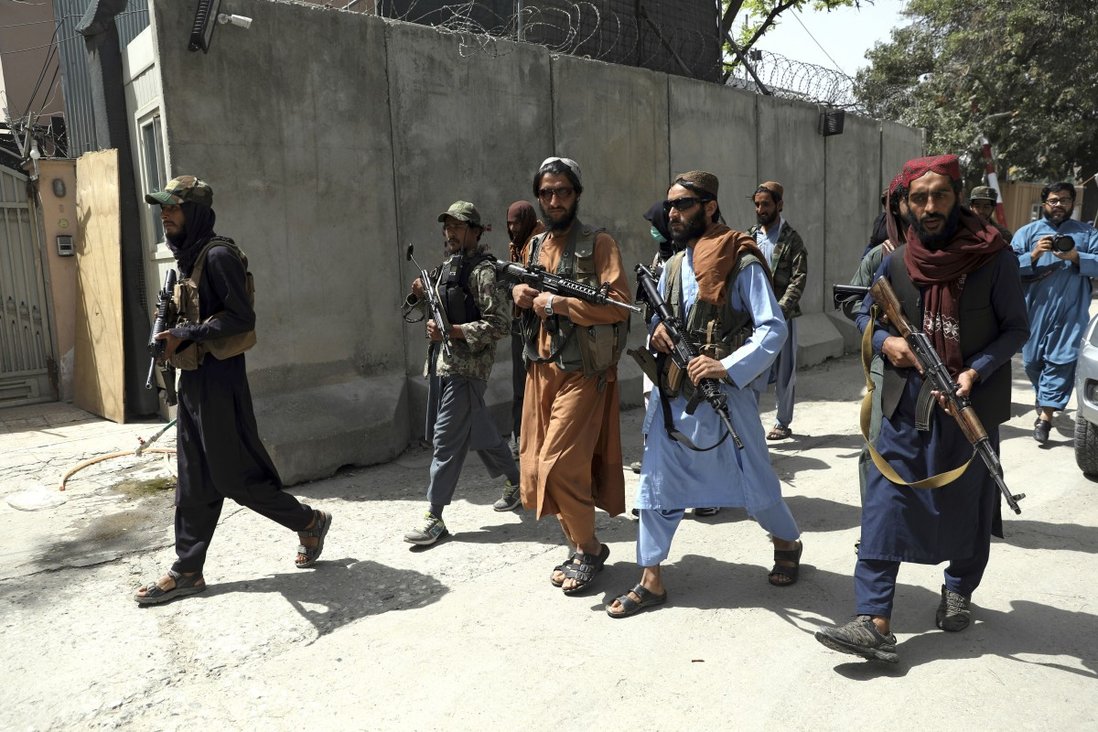 Russia has already warned the Taliban, that any ties between it and Moscow will solely depend on the extremist organisation’s behaviour. The ball is now in the Taliban’s court. It desperately needs to win the goodwill of Russia but knows that doing so will not be an easy task. President Vladimir Putin has conveyed to the Taliban that they must behave themselves. It must be remembered that Russia has historically never been in favour of Islamist warlords, mujahideen and the Taliban gaining control over Afghanistan. It launched an entire invasion in 1979 to prevent the mujahideen groups from rising to power.

President Vladimir Putin is therefore ensuring that the Taliban actually reforms itself before it even dreams of being granted recognition by Moscow. While the organisation simply needs to put up a fake show for the West, when it comes to Russia, it will have to actually change itself and give up on draconian ideologies.