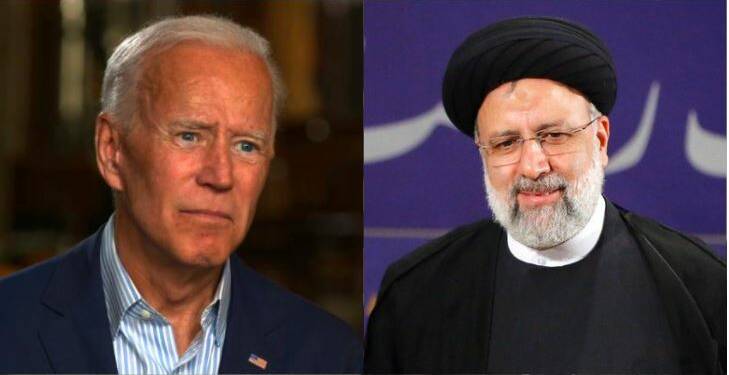 When the Biden administration pulled US troops out of Afghanistan and the Taliban overran the wartorn nation, Iran went into celebration mode. Many thought that Iran was celebrating the rise of the ‘new’ Taliban. But why would a Shi’ite Iran celebrate the victory of a Sunni extremist group in its neighbourhood? What Iran was actually celebrating was the defeat of its number one enemy- the United States of America.

Iran believes that if a group of jihadist extremists could defeat the US in Afghanistan, Washington would not really be able to do anything if Tehran violates global norms or refuses to uphold its nuclear deal commitments. So, Iran is blatantly violating global norms with scant regard for America’s reaction.

The International Atomic Energy Agency (IAEA) has declared that Iran has increased its stockpile of its enriched uranium levels, breaching the 2015 Iran nuclear deal limits to restrict the Iranian nuclear programme.

The enhanced uranium being stockpiled by Iran could be used to build nuclear weapons, which would put the entire Middle East at risk of unprecedented devastation amidst growing tensions between Iran and the Israel-Arabs alliance.

The IAEA has disclosed that Tehran has rendered the United Nations (UN) watchdog unable to continue inspections of Iranian nuclear activities.

The IAEA has stated that “since 23 February 2021 the Agency’s verification and monitoring activities have been seriously undermined as a result of Iran’s decision to stop the implementation of its nuclear-related commitments” as part of the 2015 Iran nuclear deal or what is officially called the Joint Comprehensive Plan of Action (JCPOA).

Iran is showing it is not even remotely concerned about reviving the Iran nuclear deal or upholding its 2015 nuclear deal commitments. In fact, the Shi’ite nation is impairing IAEA’s ability to properly assess Iranian activities. The UN nuclear watchdog has stated that things would continue to deteriorate “unless the situation is immediately rectified by Iran.”

The IAEA said certain surveillance equipment cannot be left for over three months without being serviced. Moreover, the UN agency was provided assess to four surveillance cameras at one particular location this month, but one of the cameras was destroyed and another one was severely damaged.

The signs are ominous- Iran could actually be moving towards developing a nuclear weapon and given Biden’s spinelessness, Tehran is not even hiding its mischief.

Newly sworn-in Iranian President Ebrahim Raisi is a radical. Called the “butcher of Tehran“, Raisi has no interest in resurrecting the 2015 nuclear deal, which was scrapped by former US President Donald Trump.

Raisi’s agenda is polarly different to that of his predecessors, and possibly, even more radical than Supreme Leader Ayatollah Ali Khamenei himself. Raisi will develop a nuclear bomb for Iran – by hook or by crook. A nuclear deal is nothing more than a piece of paper for the new President of Iran and will have no bearing on Iran’s military nuclear programme.

Raisi himself plans to use the bait of reviving the JCPOA as a bargaining tool against Biden. He continues to push for dropping American sanctions against Iran, but at the same time Tehran is also taking its nuclear programme forward.

Iran has been emboldened even further after Biden’s pathetic Afghanistan exit and therefore Raisi is making all efforts to develop nuclear weapons while also nudging Biden to drop sanctions against Iran.