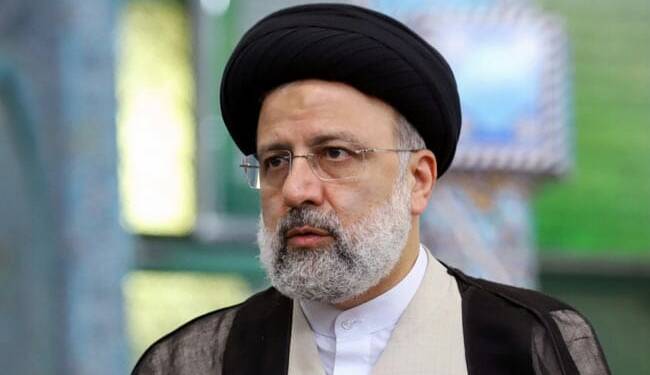 Ebrahim Raisi was officially inaugurated as President of Iran on Tuesday by Supreme Leader Ayatollah Ali Khamenei. On Thursday, he will assume office in a ceremony with much more geopolitical significance. However, Ebrahim Raisi is assuming charge at an inflection point. Here on, Iran might just turn itself into a power that is much more hostile and as a consequence, invests more in the security realm even as ordinary Iranians starve for food and protest for water. If Raisi chooses this path, he will turn Iran into a much bigger headache for the free world than it already is. However, Raisi also has the opportunity to tone the aggression down and focus on Iran’s economic revival.

But the odds are stacked heavily in favour of Iran turning into a completely rogue state, where Ayatollah Ali Khamenei, Ebrahim Raisi and the IRGC reign supreme. What Raisi has not considered as a possibility, however, is the fact that Iranians are beginning to turn against the Islamist regime of their country, even while the Arab-world order led by Saudi Arabia prepares to deal with an even more hostile Iran. Israel, in any case, is already breathing fire down Iran’s throat continuously. In such an external environment, Raisi’s gamble to take Iran down an even more hostile path might just backfire with unforeseen consequences, which includes his regime being thrown out of power by the people of Iran – with the help of Saudi Arabia, Israel, and if better sense prevails, the Western world led by the United States.

The rise of the IRGC is assured under Ebrahim Raisi’s presidency. According to a comprehensive report by the Tony Blair Institute for Global Change, the increasing role and power of the IRGC in Iran will expand even more under Raisi. The paper, titled, “The IRGC in the Age of Ebrahim Raisi: Decision-Making and Factionalism in Iran’s Revolutionary Guard,” says that the IRGC plays an outsized role in the country, and now controls huge swaths of life, rising to the top of most key institutions, from politics to the economy, military and intelligence.

Read more: Are the people of the Islamic Republic of Iran turning Un-Islamic? There are strong indications of it

The paper then went on to predict, “It is highly likely that IRGC members, who are drawn from the section of Iranian society that provides the bedrock of Khamenei’s support, will come to occupy key ministerial roles that are up for grabs in the next administration and many of the 874 senior government-appointed positions across Iran’s ministries and state bureaucracy. As a result, the IRGC will occupy the Iranian deep state while further entrenching itself in the visible state, increasing its access to resources and power.”

Already, right after Raisi was introduced as President by Ali Khamenei, multiple shipping vessels in the Gulf of Oman met with ‘incidents’ that were dubbed as potential hijackings by Iranian militias and the IRGC. The ships were reportedly told to turn towards Iran. The multiple incidents sent warning bells ringing in Washington, London and Tel Aviv, while also rattling the oil markets. For such incidents to take place hours after the inauguration of Raisi is a clear message by the new Iranian president to the free world order – a new, and even more belligerent Iran is about to emerge.

The U.S. and UK, meanwhile, are said to be jointly deliberating on an appropriate response to Iran after the attack on Mercer Street, a Liberian-flagged, Japanese-owned petroleum product tanker managed by Israeli-owned Zodiac Maritime. Secretary of State Antony Blinken said on Sunday that the US is “consulting with governments inside the region and beyond on an appropriate response, which will be forthcoming.” The response by the US and its allies will only further obliterate any hopes of the nuclear deal being revived, which means the harsh sanctions on Iran would continue, which also means that Iran’s economy would continue to be battered.

Iran, on its part, is not really in a position to do much apart from flexing its muscles. Israel and Saudi Arabia are constantly on the lookout to neutralise Iran, and they will pounce so dramatically on the first opportunity they get that Raisi’s regime in Tehran will be shaken to its very core. While Raisi will have to deal with the external threat to his regime, internally, outgoing President Hassan Rouhani is playing no games. He is taking subtle shots at the Islamist regime of Ali Khamenei, and has even gone as far as suggesting that Donald Trump was not wrong in pulling out of the Joint Comprehensive Plan of Action of 2015, or what is known as the Iran Nuclear Deal.

For the first time in two years, Rouhani acknowledged that Israeli agents stole Iran’s nuclear secrets and gave them to Trump. Trump then withdrew from the nuclear deal. Rouhani also acknowledged that his government shared “only part of the truth” with the people as he was afraid it would “harm national unity.” Rouhani said, “What we told people was not contrary to reality, but we did not tell them part of the truth.” In Iran, decisions pertaining to national unity and security are taken only after the go-ahead of the Supreme Leader. Therefore, Rouhani directly challenged the Ayatollah and his ultraconservative coterie of Islamists for lying to the people of Iran.

This will only further infuriate the people of Iran against the Islamist regime. Coupled with external hostility and internal friction, Raisi is taking over as the President of Iran at a very tricky time. While he is famed to be the strongman and a “butcher of Tehran”, circumstances might just force him out of office really soon.