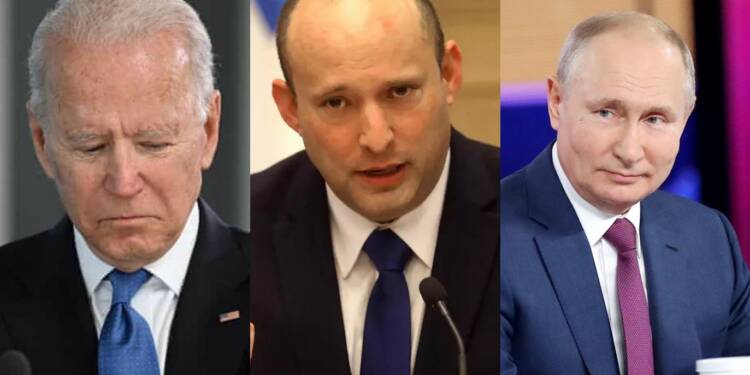 Biden administration’s awkward withdrawal from Afghanistan is one of the biggest blunders committed by a US President in several decades. It is an iconic blunder, not only due to the humanitarian costs that Afghanistan is facing but also because of the trouble that many American allies have to go through. Let’s talk about Israel – the Jewish nation is located 2,000 miles away from Afghanistan. However, Israel, a key US ally in the Middle East, is still likely to face the consequences of the Taliban’s resurgence in Afghanistan. Ultimately, a security-conscious Israel is likely to draw a safe distance from a Biden administration-ruled US and seek closer ties with Russia instead.

First things first, Israel is a small country surrounded by radical threats from all directions. Israel takes on ISIS, Hezbollah, Islamic Jihad, Hamas and a group of Iranian militias along its borders. Every single of these radical organisations wants to wipe Israel from the world map. Till now, Israel was able to take on all these groups with generous help from the United States of America.

However, when Biden pulled back American troops from Afghanistan without any proper strategy and literally gave away the war-torn country to Afghanistan on a silver platter, each one of Israel’s enemies got emboldened.

Embarrassing defeat for the US in Afghanistan

In the recent past, there is no event remotely as embarrassing for the United States as the Taliban’s resurgence in Afghanistan. Biden claimed that fighting the war against the Taliban had become pointless. But let’s be very clear about one thing- the shoddy withdrawal of troops from Afghanistan has been interpreted as America’s defeat by its enemies.

Israel’s enemies across the entire Middle East feel that the US has been comprehensively defeated. They have, in fact, rejoiced America’s defeat. Hezbollah leader Sayyed Hassan Nasrallah, for example, said, “This is a portrayal of America’s full defeat and the U.S. demise and failure in the region.”

Hamas chief Ismail Haniyeh went as far as calling Taliban leader Abdul Ghani Baradar to congratulate him. In a show of Hamas-Taliban camaraderie, Haniyeh said that the Taliban’s victory “is a prelude to the demise of all occupation forces, foremost of which is the Israeli occupation of Palestine.”

Iran, a Shi’ite country, has had historical problems with the Taliban and also differs from the extremist group on the fundamentals of Islamic interpretation. Yet, even Tehran has celebrated the Taliban’s purported ‘victory’ over Afghanistan. Iran too has got emboldened to take on Israel after the way the US simply gave up the fight in Afghanistan.

Israel upset with the US:

Now, Israel is bound to be livid with the United States of America. The incumbent Israeli Prime Minister Naftali Bennett is a weak leader at the helm of a rainbow coalition. Bennett is also facing dipping popularity and low approval ratings. Therefore, Bennett hasn’t shown the will to flatly tell Biden that Israel is facing trust issues after the abrupt US withdrawal from Afghanistan.

However, the day Benjamin Netanyahu, a strongman, comes back to power, Israel will have no qualms in drawing a safe distance from Biden. Israel is a security-conscious nation and it will not compromise on the safety of its citizens, even if it means weakening the US-Israel alliance.

At the end of the day, Israel may be a US ally but it also maintains good ties with Russia. So, while the US actually gave up the fight in Afghanistan, Russia has stepped up and is presumably supporting the resistance forces in the fight against the Taliban, the Jewish nation will feel more secure in deepening its relationship with Moscow.

Biden’s blunder in Afghanistan is bound to affect the US way beyond the war-torn country itself. And the most immediate consequence seems to be a fresh crack in the US-Israel alliance.

No one blames JFK for Vietnam, but it was he who caused countless American deaths