Domestic uprising, Taliban and the Yemen war: Why Iran wants to normalize ties with Saudi Arabia 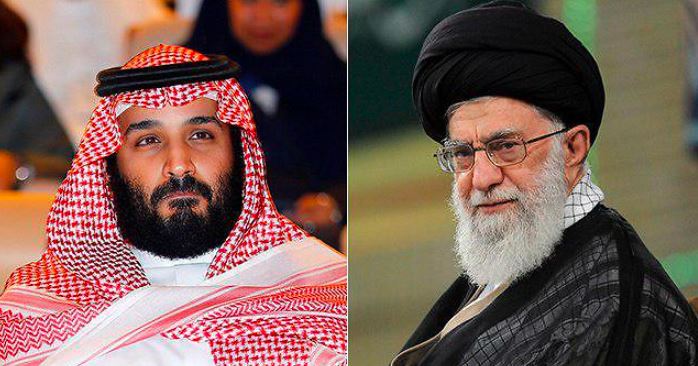 The leadership in Iran has become really concerned with the regional geopolitics and as it finds its assets and resources stretched, Iran is being forced to normalize its ties with Saudi Arabia.

Saudi Arabia may send a representative to participate in the swearing-in ceremony for Iran’s President-elect Ebrahim Raisi, Iranian newspaper Etemad reported. The Iranian and Saudi embassies in both nations will reopen in the near future, according to the source. These developments would have not even been imagined by people familiar with the regional affairs, but the fact that Tehran is really trying to make peace with Saudi Arabia can only be attributed to the sorry state the country has spiralled into.

Iran is under a lot of duress, the economic situation is getting from bad to worse, the sham elections and the regime’s inability to provide basic amenities like fresh water to its people is leading the country to implode from within. Even though this is enough to send alarm bells ringing, the regional security situation has also turned extremely vulnerable with the rise of the Taliban in Afghanistan.

In addition to this, Iran’s proxy project in Yemen is also starting to lose steam and Iranian-backed Houthis are now on a defensive in the face of a re-energized offensive by Saudi-led coalition in Central Yemen. In the face of all these circumstantial shreds of evidence, the government in Tehran has realised that a short term peace with Saudi Arabia is the best course of action available.

The Iranian newspaper quoted an informed source on Friday stating: “The Kingdom of Saudi Arabia may send a representative to participate in the inauguration ceremony for the elected president, Ebrahim Raisi, and diplomatic relations between the two countries will resume after that.”

Iranian government spokesperson Ali Rabii announced in his weekly press conference: “We are committed to continuing consultations to resolve all differences between Tehran and Riyadh, and if there is a need to raise the level of dialogue and we manage to reach an agreement, then we have no restrictions in this regard.” These type of statements and such mellowed down language is a rarity and the fact that the Iranian side has changed its tune shows its desperation to arrive at some established peace as soon as possible.

The domestic situation in Iran is in tatters as the country is faced with the worst drought in 50 years. Although droughts are natural, poor water management all over Iran has exacerbated the crisis – leaving citizens thirsty and scorched. According to the Iranian Department of Water and Sewerage, at least 110 Iranian cities have been struggling with regular water cuts during the summer of 2021 – during which temperatures have reached up to 50 degrees Celsius.

The precarious situation coupled with the decreasing trust of people in the regime has brought people to a breaking point. People of Khuzestan province have been protesting the regime’s shameless apathy towards them. Videos on social media suggest that Iran’s security forces are shooting protestors at point-blank range. And as the situation is expected to only worsen with time, the country is faced with a fear of implosion.

Read more: Iran is imploding from within as protests against the Islamist regime swell once again

In addition to this, the consequences of the United States of America withdrawing from Afghanistan will be felt most painfully in Iran. The Shi’ite nation has historically never had good, amiable or friendly ties with the terror organisation. The Taliban hunts down the sizable Shia-Hazara minority in Afghanistan on a daily basis. While Iran is trying to sweet-talk the Taliban into friendship, things are only going to get tough on its borders with Afghanistan.

Nothing is going well for Iran, the Yemen proxy war project was for a long time looked like a success story for Iran’s forward policy, recently it has also turned 180 degrees. This month the Saudi-led coalition launched an unprecedented offensive against Houthis in Central Yemen, resulting in almost 320 casualties on both sides. The Yemeni government powered by the Saudi-led coalition launched a military operation to reclaim Bayda from the Iran-backed Houthis. According to the Associated Press, most of the casualties belonged to the Houthi camp and in a turn of events, it is the Houthis who are now on a defensive.

Be it the domestic uprisings and protests, the rise of the Taliban in Afghanistan, the reversal of fortunes in the Yemen war, Iran has found itself stuck in a downward spiral. Realising its vulnerable situation, Tehran is desperately looking for reaching a peace deal with Saudi Arabia, so that it can sort out its problems.