Saudi Arabia has bounced back 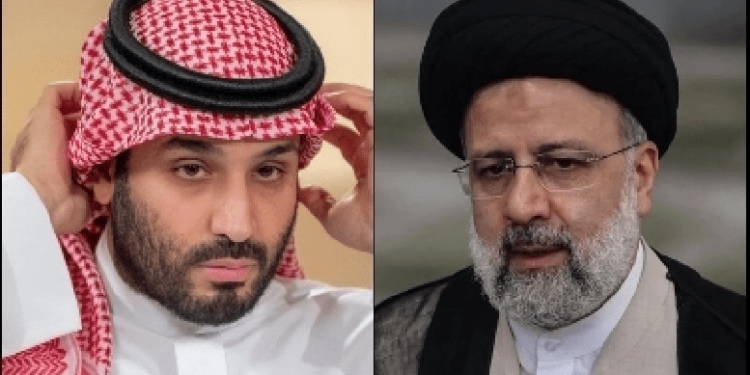 The Saudi-led coalition which is fighting the Iranian-backed Houthis in Yemen seems to have energised its efforts to free the war-torn country from Iran’s proxies. The Yemen war is essentially rooted in the geographical position of Yemen. The war-torn country overlooks the Bab-el Mandeb Strait, which implies that anyone exercising influence in Yemen can control the Bab-el Mandeb Strait and the sea route through the Indian Ocean. For Iran and Saudi Arabia, fighting for Yemen was essentially rooted in a desire to control the crucial Bab-el Mandeb Strait, as a part of their larger geopolitical ambitions.

However, Saudi Arabia and its coalition have been on the backfoot and Iran-backed Houthis have been consolidating their position in Yemen for quite some time now. In fact, Saudi’s own security has been imperilled as Houthis keep attacking the Sunni Muslim Kingdom with ballistic missiles and drones at Iran’s behest. It almost seemed as if Saudi Arabia had given up all hopes of winning the battle against the Iran-backed Houthis. Saudi’s machinations have of late been reeking of fatigue and interest to pull out of Yemen.

But surprisingly, over the past weekend, the Saudi-led coalition launched an unprecedented offensive against Houthis in Central Yemen, resulting in almost 320 casualties on both sides. The Yemeni government powered by the Saudi-led coalition launched a military operation to reclaim Bayda from the Iran-backed Houthis. Fighting in Bayda came as the Houthis attempted to break through government defenses in the strategic city of Marib, also located in central Yemen. The rebels have been attempting since February to capture it from the internationally recognized government, which would complete their control over the northern part of Yemen.

According to the Associated Press, most of the casualties belonged to the Houthi camp. In a televised statement, Yahia Sarei, a military spokesman for the Houthis, claimed his organisation could stop the Saudi-backed forces from advancing in the province in three days. Evidently, such claims have fallen flat on their face, as Saudi Arabia resumes pounding Houthis in Yemen once again – with renewed vigour.

According to GlobalResearch, the Houthis are on the defensive in Bayda. Meanwhile, Saudi Arabia continues its daily airstrikes, in addition to hundreds of ceasefire violations in al-Hudaydah, despite claiming that the same have stopped. As per a recent Brookings report, both Saudi Arabia and the UAE are seeking to consolidate their strategic positions in Yemen. In controlling the Mahrah region in Yemen, Saudis have gained direct access to the Indian Ocean, with plans to build a pipeline from the kingdom’s Eastern Province to the sea, thereby avoiding dependence on the Straits of Hormuz. The UAE on the other hand, in occupying Mayun and Socotra Islands, would be in a key position to controlling the Bab El-Mandeb and the Gulf of Aden, while also gathering intelligence on maritime traffic in the region.

Read more: Yemen war is about to enter the final stage with Arab-Israeli alliance on one side and Iran and its allies on the other

Meanwhile, Israel is becoming actively involved with Saudi Arabia and the United Arab Emirates (UAE) and it seems now, Britain too is going out of its way to help the Saudis in their efforts against Houthis in Yemen. As reported by TFI recently, British personnel are getting based at Al-Ghaydah airport in the Mahra governorate of eastern Yemen, where Saudi forces oversee a jail camp. According to an investigation by the NGO – Campaign Against Arms Trade, UK government’s arms sales to Saudi Arabia since Riyadh began its campaign in Yemen have totalled to around £20 billion.

Israel too seems to be sending its operatives to strategic islands in the Gulf of Aden under the guise of tourists. Reported by TFI, it is highly likely that Israel is building a spy base in Socotra to take on the Houthis and keep an eye on Iran’s moves in the region.

The Yemen war seems to have entered a decisive phase, and the Saudi-led coalition is set to make gains here on. It must relentlessly pound the living daylights out of the Houthis and their Iranian backers. Reports suggest that Saudi Arabia and Iran have been engaged in secret talks. Now, with Saudi’s renewed offensives in Yemen, Riyadh is approaching the negotiating table with a position of strength.

For so long, the Houthis and Iran had the upper hand against the Saudi-led coalition during the negotiations. That dynamic seems to be rapidly changing, and the Houthis seem to be on the backfoot for the very first time in a long while. Saudi Arabia seems has inflicted heavy casualties on the Iran-backed organisation, and moving forward, it appears determined to consolidate its position in Yemen.