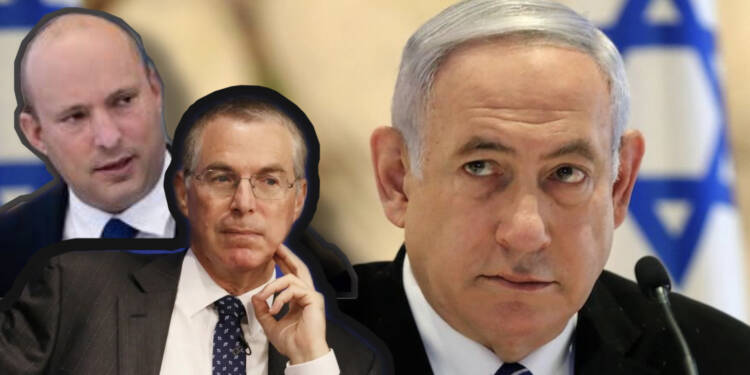 The Bennett government has appointed Michael Herzog, an ardent supporter of the ‘two-State solution’ as the Israeli Ambassador to the US. Israeli conservatives, of course, do not support a two-state solution and demand a one-State solution in which the Arabs and Jews live together in the State of Israel. Bennett’s move is therefore irking the Conservatives, who are already not very happy with him.

Likud MK Yoav Kisch and Religious Zionist Party MK Orit Struck have even sent a letter to Naftali Bennett. The two right-wing lawmakers have asked the Prime Minister to rescind the appointment of Herzog as the Ambassador to the United States. In the letter, the two MKs wrote that Herzog “actively supports the dangerous two-state solution.” They added, “The decision [to appoint Herzog as ambassador] corresponds with the government’s left-wing ideals.”

Kisch and Struck have also warned that Herzog’s appointment will give the left-wing control over the Israel-US relationship. And this is exactly where Bennett might suffer serious political consequences. After all, Herzog is being appointed as the Israeli Ambassador to the United States of America, Israel’s closest ally in the world. It really symbolises that Bennett is getting coerced by the Ra’am Party and the Arabs to adopt the two-state solution.

Herzog’s appointment also shows that Bennett might be ready to adopt the two-State solution only in order to stay in power. Moreover, with a Democrat like Biden in power in the US, the appointment of an ardent supporter of the two-State solution as Israel’s Ambassador could have far-reaching consequences. Biden himself has a pro-Palestine agenda to run and therefore, he will do everything in his control to support a two-state solution to the Israel-Palestine conflict.

Netanyahu’s bold leadership and lack of regard for what the left-liberals had to say was what killed the two-state solution. This is why Netanyahu remains the tallest right-wing politician in Israel even today. The conservative voters simply put all their weight behind him, because they know that only he can deliver on the promise of a one-State solution.

For Bennett, deviating from Netanyahu’s policy of a one-State solution and practically supporting the two-State solution is nothing less than a political disaster. At the end of the day, he will have to bank on right-wing voters but he seems to be losing their support with such pro-left moves.

In fact, Bennett is already low on popularity. When Israeli conservatives carried out a flag march in East Jerusalem in June, Bennett’s name appeared on some posters with the words: “The liar.” Some right-wing nationalists also described him as a “traitor”. The Israeli conservatives don’t like Bennett, because they feel that he made a big betrayal by joining hands with the Arab Ra’am Party and the Left.

Israel’s Prime Minister is only creating more problems for himself by appointing a supporter of the two-State solution as the new envoy to the US.

And at the end of the day, this is the natural consequence of running a rainbow coalition. If Bennett doesn’t give in to the wishes of the Left and the Ra’am Party, then he will face the prospect of being booted out by his own allies. And therefore, he has to make unpopular decisions like supporting the two-State solution.

Netanyahu can himself argue that he was a much better right-wing Prime Minister who never gave up on ideology, even if it came to losing political power. Now, Israel is scheduled to go to the polls in 2025, however, the incumbent coalition government is unlikely to survive till then. Yet, whenever the Jewish country goes to poll, Netanyahu is the most likely candidate to return to power.