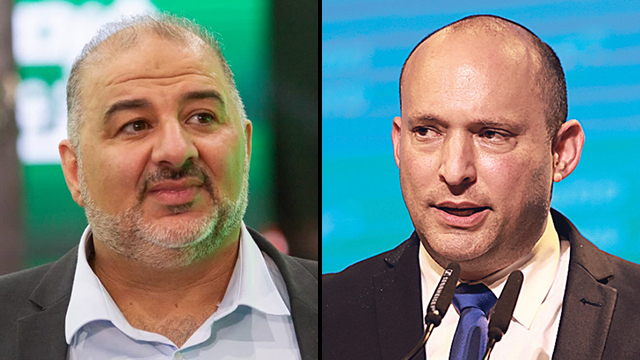 The Naftali Bennett government in Israel has run into yet another crisis, with a fresh rift in the rainbow coalition. Naftali Bennett’s coalition partner Ra’am Party is now sparring with the government over a key legislation regarding preventing family reunification of Palestinians and Israeli Arabs. Till now, Walid Taha and two other Ra’am MKs have vowed not to vote for the legislation, even if it brings down the coalition government.

Idit Silman, the chairwoman of the incumbent coalition government in Israel, has reportedly postponed a vote on the legislation that bars citizenship to Palestinians who marry Israeli citizens. Such a ban on Israeli Arabs and Palestinians to reunify families has been in place since 2003 and Israeli PM Naftali Bennett wants to extend it, but he is facing stiff opposition from Mansour Abbas’ Ra’am party.

In Israel, it is a matter of policy not to allow family reunification in typical cases where Arab Israelis submit applications on behalf of their Palestinian spouses living in Gaza or the West Bank. The Jewish nation remains concerned that such family reunification applications could be abused by terror groups to gain access to Israel. Therefore, Palestinian find it tough to acquire Israeli citizenship by marrying an Arab Israeli.

Since 2003, the law barring family reunifications has been extended every year with strong support from Likud and other right-wing parties. This time around the situation is different. Israeli Prime Minister Naftali Bennett is himself a right-wing politician by ideology. He wants to extend the ban on Arab Israelis and Palestinians when it comes to reunification, but he is facing stiff opposition from other right-wing parties.

Meanwhile, Naftali Bennett, who leads a rainbow coalition consisting of right-wing, centrist, leftist and the Islamist Ra’am party, is left with no choice but to request support from his coalition parties. Bennett did try his luck but in vain.

On Monday, compromises were reached during a late-night meeting among Silman, Prime Minister Naftali Bennett, Interior Minister Ayelet Shaked and Ra’am leader Mansour Abbas. A series of measures or concessions were finalized such as enabling Palestinians who marry Israelis to obtain health treatment in Israel and drivers’ licenses, and exemptions for couples married before they were prohibited from living in Israel in 1993, which could push Ra’am lawmakers to vote in favour of the legislation preventing the reunification of Arab Israeli and Palestinian families.

But the compromise clearly failed when three Ra’am MKs bent in face of pressure from such families and announced that they wouldn’t vote in favour of the legislation, even if it means that the coalition government collapses. The compromise reached with Ra’am party head Mansour Abbas makes little sense now.

The latest controversy over the legislation to bar the reunification of Arab Israelis and Palestinians is an assault in the face of an already weak coalition government. The Naftali Bennett government is full of contradictions and disagreements, as Bennett’s coalition partner Mansour Abbas-led Ra’am party cannot acquiesce to even the most fundamental of issues.

Read More: Just days after swearing in, the new left-right-Arab coalition govt is all set to fall apart in Israel

Bennett and Mansour Abbas are in disagreement over something as elementary as the level of response by Israel Defense Forces (IDF) in case of an act of aggression by Hamas. Similarly, the coalition partners were at loggerheads over a flag march by right-wing, Israeli nationalists in Old Jerusalem.

The Naftali Bennett government enjoys a very thin majority. In fact, it won the vote of confidence in the Knesset by just one vote. And Benjamin Netanyahu, former Prime Minister of Israel, looks very serious about toppling the incumbent government. It seems that the anti-reunification legislation might as well prove to be the issue that brings down the coalition government in Israel.