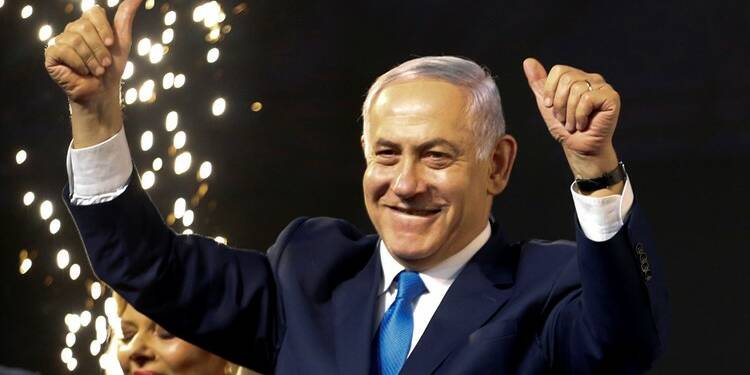 Former Israeli Prime Minister Benjamin Netanyahu is working tirelessly. He is reportedly not even leaving the parliament of Israel (Knesset) these days, and stays up until late night working on behalf of the opposition which has begun giving hell to the ruling Naftali Bennet-led ‘Change’ government. Those following Israeli politics are beginning to realise that Benjamin Netanyahu is, in fact, getting ready to return to power as soon as possible. Elections in Israel – as has been established multiple times now, can take place at very short notice, and therefore, when they do, the former Prime Minister wants to be ready.

According to a report by Al-Monitor, from a luxurious office suite that he rents in one of Herzliya Pituach’s most prestigious towers, former Prime Minister Benjamin Netanyahu is plotting his return to power. He is committed to taking back the office of prime minister, which he believes was stolen from him in a public and political scam. To that end, Netanyahu has been making several significant moves.

For starters, he is working overtime to be in the spotlight, and ensure that it is him and the Likud party which set the narrative in Israel. So, an hour before Prime Minister Naftali Bennet announced on national television that seniors over the age of 60 could receive a third shot of the Covid-19 vaccine, Benjamin Netanyahu released and widely circulated a video of himself reminding the public that he had already called for a third vaccination shot several weeks ago. Thus, he stole Bennet’s thunder rather effortlessly.

Since losing the Prime Minister’s post to Bennet, Netanyahu is following a carefully orchestrated schedule of visits to all the Likud strongholds. They are places where people still refer to him as prime minister and are anxious to see him back in office. According to the Al-Monitor report, people in such strongholds – which Netanyahu is now canvassing, do not identify in any way with the current government. For these hardcore Likud supporters, the Bennett government is “detached,” “elitist” and even “illegitimate.”

Netanyahu’s efforts are already beginning to bear fruit. This was evident in the results of a poll released by Channel 12 on Thursday. When asked which prime minister handled the coronavirus pandemic better, the respondents placed Netanyahu far ahead of Bennett. Some 43 per cent of respondents said that Netanyahu handled the pandemic better, while just 21 per cent said that Bennett did a better job.

As reported by TFI, and is generally known in Israel – the Change government will not be lasting long. This rainbow coalition of parties from the far-right, centre-right, centre, centre-left and far-left will crumble eventually under its own eight. Naftali Bennet, although known as a staunch conservative, is simply buckling under pressure from his far-left and Arab partners.

In line with the same, after Israel restricted Gaza’s fishing zone from 12 to 6 nautical miles recently following Hamas’ incendiary balloon attacks on the Jewish state, the Bennet-led government has once again expanded the zone to 12 nautical miles. It does not require incredible genius to realise that the decision to restore Gaza’s fishing zone was taken under pressure of the Arab Ra’am party which is a coalition partner in the present Israeli government.

Read more: Bennett’s coalition partner Mansour Abbas wants complete reunification of Israeli and Palestinian Arabs, he could even topple the govt if it fails

Meanwhile, the Israel-UAE relationship, and therefore, the Abraham Accords’ momentum in the region is being sabotaged by Bennet’s leftist partners. The Israeli Ministry of Environmental Protection, headed by recently sworn-in Environmental Protection Minister Tamar Zandberg of the left-wing Meretz party, has stated that it will postpone the implementation of a proposed oil transportation agreement with the United Arab Emirates.

The agreement would see Gulf oil brought to the Red Sea port of Eilat by tanker, then moved by pipeline through mainland Israel to the Mediterranean port of Ashkelon, from where it would be shipped to Europe. This would take UAE-Israel relations to new heights, which is why leftist factions of the Israeli government have begun their sabotage operations against the agreement.

In fact, former prime minister Benjamin Netanyahu had warned about all of this. He had said the new government would be a mere puppet in the hands of the leftists and Islamists – and that is precisely what is happening. However, he is also making sure that this government does not last long, and he is preparing for its inevitable collapse.