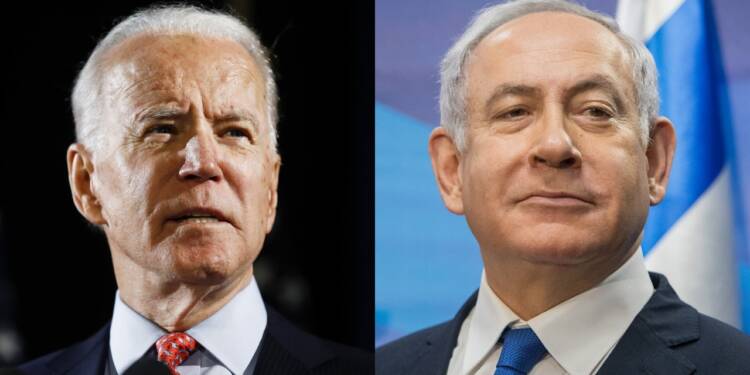 Chatter suggests the Biden administration and Iran might be inching closer towards a revival of the disastrous 2015 Joint Comprehensive Plan of Action (JCPOA), also called the Iran Nuclear Deal. In Israel, tempers are fast-rising, and Prime Minister Benjamin Netanyahu has made it absolutely clear that the Jewish nation will risk its ties with the United States if that meant warding off the nuclear threat posed by Iran. Netanyahu – who is serving perhaps his last few days in office before a rainbow coalition government takes over, has cemented his legacy with a stern statement.

Netanyahu was speaking at the inauguration ceremony of the new Mossad chief – David Barnea. His message to the Mossad and its new chief was clear – Israel can risk ties with the United States, but under no circumstances can it accept a nuclear-armed Iran. As such, Mossad was subtly told to continue with its onslaughts against Iranian nuclear assets until the Shi’ite nation’s entire nuclear programme falls apart.

Netanyahu said, “If we have to choose, I hope it doesn’t happen, between friction with our great friend the United States and eliminating the existential threat — eliminating the existential threat wins.” Earlier, as reported by TFI, outgoing Mossad chief Yossi Cohen had said, “Activity against the Iranian regime must be stepped up so that it understands that crossing the lines will cost it immense damage…To succeed we need leadership and courage, willingness to act…Today’s security operation is no less important than tomorrow’s war.”

The message of Benjamin Netanyahu and the exiting Mossad chief is very important. It is an open declaration of how Mossad’s operations against Iran will not stop, irrespective of who assumes political power in the Jewish nation. Benjamin Netanyahu’s legacy will remain forever, and he will, as a matter of fact, be back in office sooner than many expect. In the meantime, those who will come to assume power in Israel will be committing political suicide if they do so much as think of deviating from the Netanyahu-era security outlook and policy.

Netanyahu has been a leader who has given political and security stability to Israel. Under him, attacks by terror organisations like Hamas and Hezbollah have dramatically decreased on Israeli soil. He has strengthened Israel’s security policy and today, the Jewish nation is recognised by much of the Arab world as a power that must not be messed around with. On the other hand, the rainbow government of the right-left coalition which is set to take charge in Tel Aviv soon will be weak, fragile and indecisive on all issues – including those which relate to Israel’s national security.

Netanyahu has served as Prime Minister for 15 years. He is a military commando who has fought wars for his country. So, when he says Israel will risk its ties with the United States in its fight against the Iranian regime’s nuclear ambitions – the world must have no doubt that irrespective of the government in Israel, the country’s security agencies – particularly Mossad will in no manner compromise Israeli interests to please the Biden administration.

Netanyahu has put the incoming government of Israel in a tough spot. That Netanyahu’s legacy will continue to live on is abundantly clear to all. However, any deviation from Netanyahu’s policies will pretty much translate into political suicide for the new government. Iran is the biggest threat that faces Israel. The Shi’ite nation is not ashamed to admit that the destruction of the Jewish nation is its topmost priority – and its nuclear weapons programme is aimed squarely at achieving precisely that.

So, when the Biden administration rushes to gift Iran with a nuclear deal, which will only facilitate the country in getting hold of a dirty bomb, be rest assured the full force of Israel will work towards achieving one goal – the annihilation of Iran’s nuclear programme. It is no secret how the 2015 nuclear deal had proven itself to be an unmitigated disaster and was helping Iran weaponise itself with nuclear arms. With Joe Biden’s administration trying to gift Tehran with a similar deal once again, Israel has made it clear how its relations with the United States stand on the edge.

Losing Israel would mean a disaster like no other for the interests of the US in the Middle East. The Biden administration is digging America’s grave in the Middle East – by losing an unparalleled friend in the form of Israel on in its endeavour to woo Iran.