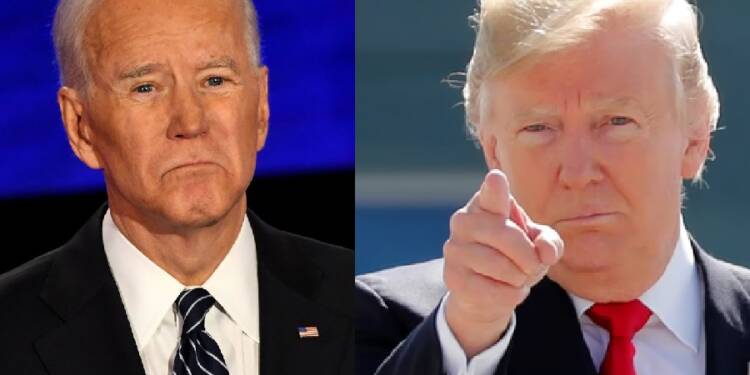 It was on September 15 last year, when former US President Donald Trump and former Israeli Prime Minister Benjamin Netanyahu, along with Bahraini and Emirati foreign ministers, signed the historic Abraham Accords agreement. The development shook the regional geopolitical dynamics to the core. With Saudi Arabia’s tacit approval to the peace agreement, the Arab world astonishingly buried the hatchet and elevated its ties with the Jewish state of Israel. This month marks the first anniversary of the historic peace agreement, and despite Joe Biden’s mediocre nurturing efforts, the ties between Arabs and Israel have grown stronger than ever.

When Joe Biden came at the helm of the affairs, he prioritized Iran over Israel and the Arab allies that put Netanyahu and Mohammed Bin Salman in a fix. Biden was keen on reviving the Iran nuclear deal or the JCPOA with Iran while the USA’s Abraham Accords partners kept pushing back vigorously. Biden even attempted to undermine MBS by prioritizing King Salman for the diplomatic exchanges. Resultantly, the trilateral partnership between the US, Israel and the UAE took a massive hit.

Read More: Biden wants to go ahead with Abraham Accords but also wants to punish Saudi and Israel, and bomb Syria too

The Biden administration took numerous measures that tried to undermine the peace efforts made by former US President Donald Trump and his Israeli and Arab counterparts. Biden recklessly froze the Abraham fund which was meant to promote economic cooperation and encourage prosperity in the Middle East and beyond. The fund was established during the signing of the peace accord and remained acrobatic until Biden assumed charge. Soon after Biden’s swearing-in ceremony, the Trump-appointed head of the fund, Rabbi Aryeh Lightstone, announced his resignation, and the post has remained vacant since then.

As per a report published by Times of Israel, some of Biden’s staffers have also sidestepped referring to the normalization agreements as the ‘Abraham Accords’, in an apparent attempt to dissociate from the previous administration. Owing to Biden’s reluctance in pressing ahead with the Abraham Accords, not even a single country has normalized its ties with Israel under his tenure. The Biden administration is reportedly working to finalize the Israel-Sudan agreement, the ground for which had been set by the Trump administration only.

The US President has ostentatiously talked about expanding the accords to include new countries in the Arab and Muslim world willing to establish diplomatic ties with the Jewish state but rarely made efforts towards it. Biden administration was even reluctant to hold a commemoration event on the first anniversary and only agreed after Israeli, Bahraini and Emirati officials made strenuous efforts for the same.

According to a report by Axios, “Israeli, Emirati and Bahraini officials were pressing the Biden administration for the last two months to hold some kind of commemoration. Officials from the three countries tell Axios the Biden administration was non-committal and only in recent days suggested holding the virtual meeting.” Despite Biden’s brazen attempts to hammer the peace accords between the Arabs and Israel, the ties have flourished over the past year. The fact that the Biden administration brazenly threw its weight behind the Iranian regime for resuscitating the JCPOA has only helped Israel and Arabs’ ties grow even stronger.

Biden and the military-industrial complex

The Middle East has been mired in myriad conflicts for decades. The US (especially the democrats), has always tried to cash in upon these conflicts to boost its defence market. However, the Abraham Accords stabilized and considerably improved the delicate situation in the region that sent shockwaves to the infamous military-industrial complex of the US.

Read More: The Saudi-Iran friendship is a nightmare for the American military-industrial complex. Biden is ensuring that it does not happen

The fact that Trump’s era came to an end without embroiling the USA in new wars dealt a huge blow to the money-making mechanism deployed by the Military-Industrial Complex. Before Trump, it was Barack Obama who lavished taxpayers’ dollars to the defence contractors in abundance. He launched airstrikes or military raids in at least seven countries: Afghanistan, Iraq, Syria, Libya, Yemen, Somalia and Pakistan. Now, with Biden at the helm of the affairs, the infamous alliance of defence and military establishment has again sprung into action. However, the Israeli-Arab coalition has proved to be a tough nut for Joe Biden to crack.