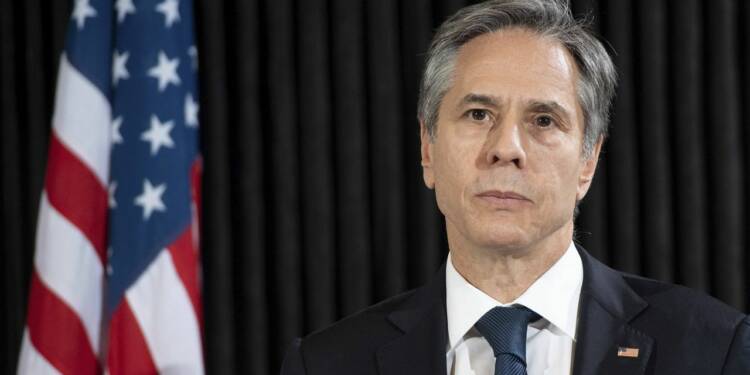 The US supremacy was being questioned for a while, but the latest actions by US Secretary of State Antony Blinken confirm the decline of the great power stature of the US. He recently removed a tweet in which he claimed that the United States would stand by Hong Kong’s people and accused Beijing of damaging the city’s long-term political stability. Seven Hong Kong opposition councillors were removed, prompting Blinken’s now-deleted post.

The top US official expressed his displeasure in a straightforward manner on social media, saying that Beijing should allow all Hong Kong residents’ voices to be heard. However, as soon as the Chinese reaction criticised these comments, he deleted his tweet and posted a milder comment the next day.

Joe Biden "America is back"

Meanwhile: Antony Blinken deleted a tweet saying US would ‘stand with people of Hong Kong’ pic.twitter.com/e4CeFbyQeA

On Friday, a spokeswoman for China’s Hong Kong office issued a statement sharply condemning “irresponsible comments by certain US politicians” on Hong Kong, stating that “no US slanders” would dissuade the country’s determination to impose “patriots managing Hong Kong.”

In a statement, the spokesperson stated that oath-taking was an international norm that remained crucial for ensuring that parliamentarians’ national identity and political commitment were established through legislation. “The US’s vilification of the HKSAR government’s legitimate measure is sheer hypocrisy and [a] double standard, even as it has an ‘iron net’ system requiring public officials to swear allegiance at home, and disqualifies parliamentarians for breaching parliamentary rules,” the statement continued.

A day later, Blinken sent a more moderate tweet, removing the US offer to stand with Hong Kong residents and the obvious exhortation to Beijing to listen to the voices of all Hong Kong residents. “The PRC’s disqualification of seven pro-democracy district councillors harms the ability of people in Hong Kong to engage in their governance,” he tweeted the next day. Governments are supposed to serve the people they are supposed to represent. Reducing representation goes against Hong Kong’s Basic Law’s spirit.”

The PRC’s disqualification of seven pro-democracy district councilors undermines the ability of people in Hong Kong to participate in their governance. Governments should serve the people they represent. Decreasing representation goes against the spirit of Hong Kong’s Basic Law.

A representative for the US State Department later revealed that the person in charge of Blinken’s social media account sent it from his account when it was supposed to come from a spokesperson. The ‘mistake’ was repaired, according to the spokesman, and a tweet from both accounts was posted, criticising Hong Kong authorities for disqualifying pro-democracy district councillors. He also stated that the tweets reaffirm the United States’ support for Hong Kong’s people. The representative further stated that the tweet was not removed due to “political considerations.”

The decline of US supremacy

Blinken has been a vocal opponent of Beijing’s treatment of Hong Kong’s pro-democracy movement. Why the outspoken US congressman would modify his views on Hong Kong’s democracy movement remains a mystery. While those who have a more realistic understanding, can very well comprehend the real cause and that is, the Democrats cannot afford to lose China if it wants to show a facade to its citizen that the climate crisis is being controlled.

The US is no more a supreme power that can take on China notwithstanding anything. And the fact that a person of Mr Blinken’s stature deleted the tweet and made a milder tweet just based on criticism from a Chinese official of lower standing goes on to show that the US is not confident in its capabilities under Biden.