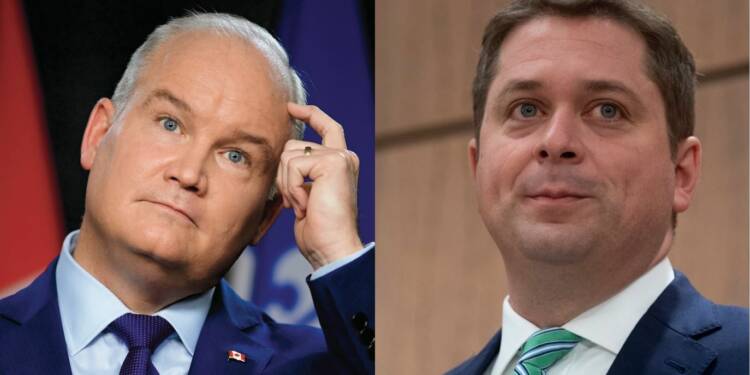 The election results are almost out, and if we count out the mail-in ballots which will take some time to be counted and inspected, the results are almost a repeat of the last elections. Canadians have chosen a new minority Liberal administration to finish the fight against COVID-19 and reconstruct the country’s broken economy, which is nearly identical to the one it replaced. Justin Trudeau’s Liberals were leading or elected in 157 seats as of late Monday, exactly the same number as in 2019. They were 13 seats short of the 170 required for a majority in the House of Commons.

Erin O’Toole’s Conservatives were leading or elected in 121 seats, the same number as in 2019, although winning slightly more popular votes than the Liberals. This loss makes the conservatives losing the elections third straight time, and if anything they should realise something needs to change. Canadian conservatives need to kick O’Toole out on a priority basis and bring back someone like Andrew Scheer if they wish to save Canada as well as their existence, given even in the face of a failed Trudeau government they were not able to win.

Trudeau has been accused of sexual assault, caught in the act of wearing blackface, and has been embroiled in numerous ethics problems. Perhaps it was all predetermined; he did lose some support in the 2019 election as a result of these concerns, but his track record since then has been less than great.

Canada’s inflation rate is at a two-decade high, prices are rising across the board, owing in part to out-of-control government spending, and Trudeau has no plans to address it. Aside from daily cost-of-living problems, the price of housing has more than doubled in many regions of the country under his watch, which is terrific for people selling but priced generations out of the market has become a challenge. Trudeau has no intentions to address the situation.

Trudeau’s bizarre liberalism has been wronging Canada in more ways than one. And most importantly, it is letting Canada forget China’s crimes. Trudeau’s political brand has created a cabinet that is ready to pardon the genocide of Uighur Muslims in the Xinjiang region. It is also making Ottawa forget how China kidnapped two Canadian nationals- Michael Kovrig and Michael Spavor. In fact, China is openly using them as hostages to hold a weak Trudeau government to ransom.

Read more: Canadian right-wing needs a new leader because the old one has sold his soul to China

In its petition, the Conservative Party of Canada claimed, “Erin O’Toole will stand up to Beijing.” And then, in a bizarre turn of events, O’Toole deleted the same petition. And if anything, these actions go on to tell why he has shifted the conservatives towards the centre, which has resulted in an utter defeat.

Read more: Canadian right-wing needs a new leader because the old one has sold his soul to China

Andrew Scheer is a worthy replacement

Andrew Sheer is a Canadian politician who served as the Official Opposition Leader and the Conservative Party of Canada’s leader from 2017 until 2020. Since 2004, he has served as the Member of Parliament (MP) for Regina Qu’Appelle. At the age of 25, Scheer was elected to represent the Saskatchewan riding of Regina Qu’Appelle and was re-elected in 2006, 2008, and 2011 before becoming Speaker of the House of Commons at the age of 32, making him the chamber’s youngest Speaker in history.

Notwithstanding the upset in 2017, the current state of Canada and the ineptness of Justin Trudeau coupled with all the controversies regarding his leadership, Andrew Scheer could have been a worthy opponent. Scheer has described himself as someone who is focused on economic development, fiscal restraint, and reducing inefficiencies in government. He had indicated that if he were to establish a government, he would balance the federal budget within two years and open up the aviation industry to international competition back in 2017. He is a vocal opponent of the federal carbon tax.

In any case, if the conservatives want to regain the long lost power and save Canada, they need to kick O’Toole out and bring back Scheer.