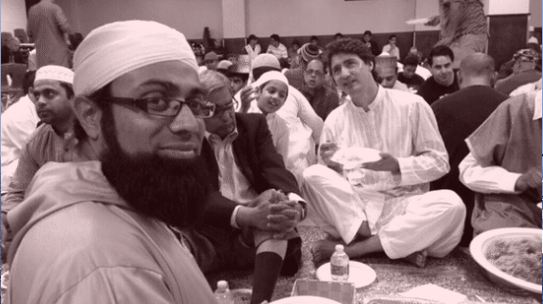 Demography is destiny. Demography is the future. Demography decides where you go as a country, irrespective of where you have come from. The right demography can work wonders for a nation, and the wrong one can, let’s just say, spell doom for it. Canada is really doomed, and demography is to blame for it. What we really know as Canada today is a country of immigrants. The indigenous communities of Canada figure least prominently in the modern political considerations of the country. Politics has gone ‘woke’ in Canada. Liberals control the narrative. Canadian Conservatives are struggling to survive, despite winning the popular vote in the recently held snap polls called by Prime Minister Justin Trudeau with the aim of winning a majority in the House of Commons.

The Founder and CEO of the TFI Media Group, Atul Mishra weighed in on the recent Canada snap elections, and how the results are a wake-up call for Canadian conservatives to act against the country slipping away from their hands. In a Twitter thread, he said, “Canada is the immigration headquarter of the world. Virtually anyone can immigrate to Canada – whether they want to move as a student, with a job, or with family. Birth rate in Canada has been on a steady decline, however the birth rate decline is not homogenous. White Canadians are birthing around 1.5 kids per couple while all other ‘minorities’ clock birth rates well over 2.25.”

Demography is indeed the future. Why Trudeau will never be a full majority PM and why Canada may never have a conservative government – a thread.

Between 1815 to 1850, roughly 800,000 immigrants moved to Canada from all over the world, but chiefly, from the British Isles. It was the time when Europe was becoming richer through the Industrial Revolution. However, the steep population growth made people look for greener pastures, and it was here when most looked towards North America as their new abode.

A batch of 400,000 immigrants moved to Canada during the First World War and another 282,000 immigrated during the Second World War. The immigration then stopped for a while. Then came 1976 and the Canadian government revised its Immigration Act. This truly opened the gates of Canada for the rest of the world. Immigrants from South Asia, China and the Caribbean thronged the nation. Even by conservative estimates, Canada gets 300,000 immigrants annually.

What did the Snap Elections Yield?

The recently held snap elections of Canada, called by Trudeau with the goal of winning a majority for his liberal party, ended up being an expensive exercise in futility, which has only angered Canadians. Not much has changed at Canada’s House of Commons. Trudeau’s Liberal Party has managed to secure 158 seats – merely one more seat than what it won in 2019. More importantly, Trudeau has again failed to breach the majority mark of 170, which means that he will lead a minority government all over again.

On the other hand, the Canadian Conservatives remain the main opposition party in the House of Commons. They have won a total of 119 seats, as against the 121 that they won in 2019. The Bloc Québécois, which backs Quebec independence, won a total of 34 seats, as against 32 in 2019 and Jagmeet Singh’s New Democrats won 25 seats which is a small gain of one seat from the 2019 elections.

While the Canadian Conservatives have been able to poll 34 per cent of the votes, as opposed to 32 per cent for the Liberals, the Conservative voters are spread all over Canada, while liberals are concentrated in the seat-rich areas of Toronto, Montreal and other cities. These cities are the areas where immigrants and minorities have come to control politics, and liberals enjoy the support of such vote banks as of now.

What Does the Future Hold for Canada?

In his thread, Atul Mishra also said Justin Trudeau will never be a ‘majority’ Prime Minister of Canada, apart from explaining why Canada might never have a Conservative government in the future. He wrote, “A decade back, new voters backed the liberal party resolutely for their migrant friendly policies. Now they vote for ‘their people’. Sikhs are a strong and affluent ‘minority’ in Canada, who overwhelmingly vote for Jagmeet Singh’s New Democratic Party. New Democratic Party’s vote share has been on a steady rise in the past few years because of addition of ‘new citizens’. Muslims are also increasingly becoming strong in Canada and Canada may soon see a strong Islamist party.”

It’s not like Canada cannot be redeemed. Conservative Party will have to reach out to the liberal voters and urge them to save Canada from the invasion of new migrants. And then tighten immigration rule in the country. Though the chances of it happening is pretty slim.

The demography of Canada is weighed squarely against the Conservatives and is also powerful enough to limit the liberals’ ability to form majority governments. Meanwhile, the NDP’s support is steadily rising in Canada, showing how minority and left-leaning politicians are being propelled by the immigrants in the country. With every passing year, both liberals and conservatives are losing their hold over Canadian politics.

Although not on an immediate basis, in the future, Canada might face a scenario where an immigrant Muslim bloc becomes so powerful that they control the politics and government of Canada top to bottom. There is no dearth of Islamists in Canada, and what is to say that immigration from Islamic countries will not ensure the rise of an Islamist leader who goes on to become prime minister, keeping Sharia law over and above the constitution of Canada?

An alliance between Islamists and Khalistanis could also emerge in Canada. So far, liberals have the support of such elements. In the future, however, when these blocs grow even more powerful, liberals might stand to lose out on a lot.

Canadian Conservatives – if they want to remain politically relevant in Canada a few years down the line, must begin targeting liberal voters. Unless they eat into the liberals’ vote blocs like the NDP is, they will not be able to survive the upheaval which Canada is undergoing.

The Canadian Conservatives can still redeem themselves. They must make anti-immigration rhetoric the foundation of their future campaigns. It is time for them to say – Canada has had enough. Canada has become diverse enough, and now, the gates must be shut for the welfare of those who have entered the North American country so far. If they do not, the demographic change in Canada will become too large in the years to come, and they will forever lose their deposits in the country.