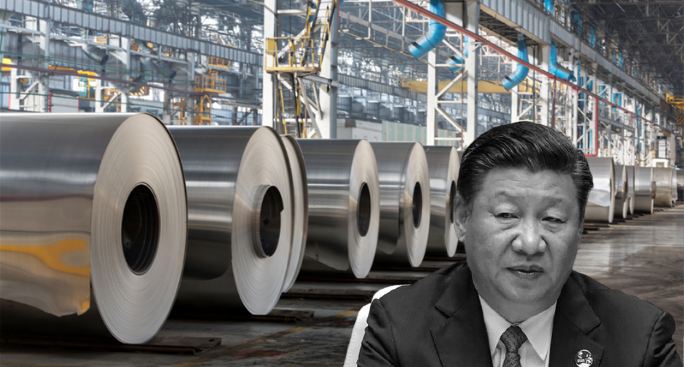 China is losing the most basic necessity of human civilisation- electricity. Till now, we only knew how the Chinese steel mills, aluminum manufacturing and power sector may be suffering in lack of thermal coal. However, China’s power woes could be much bigger and brutal than what we imagined.

Javier Blas, Chief Energy Correspondent at Bloomberg News, tweeted, “CHINA ENERGY CRUNCH: The electricity shortages in China are worsening, and widening geographically. It’s getting so bad Beijing is now asking some food processors (like soybean crushing plants) to shut down.” A report says, “from aluminum smelters to textiles producers and soybean processing plants, factories are being ordered to curb activity or — in some instances — shut altogether.

CHINA ENERGY CRUNCH: The electricity shortages in China are worsening, and widening geographically. It's getting so bad Beijing is now asking some food processors (like soybean crushing plants) to shut down | #OATT #China #EnergyCrunch with @cangsizhi More on @TheTerminal

Why is China failing to produce electricity?

China is the biggest coal consumer in the world. The Communist nation still consumes over 56 per cent coal as a part of its total energy consumption. The fossil fuel is the most vital part of China’s energy security.

Such a high concentration of thermal power in China means that any decline in coal supply hurts its ability to generate sufficient electricity. Presently, China is facing a serious shortfall of Australian coal. Last year, Beijing imposed an unofficial ban on Australian coal that immediately led to Southern provinces in the Communist country going dark.

How big is China’s energy deficit?

Well, it is pretty bad. Almost half of China’s regions missed the central energy consumption targets and are facing crumbling pressure to reduce power use.

To worsen Beijing’s woes, the three main industrial Chinese provinces- Jiangsu, Zhejiang and Guangdong that account for around a third of economy of China, are facing power (electricity) cuts.

Make no mistake, the ongoing electricity woes are a bigger problem than the downfall of Evergrande Group, which is a leading Chinese real estate developer. China has to shut down everything from aluminium smelters to textiles, and even food processing units like soybean plants.

In Jiangsu, steel mills have reportedly shut down and some cities are even turning off their street lights. Similarly, in Zhejiang, 160 industrial units including textile units had to be shut down.

Meanwhile, even the Chinese households are looking at upcoming chaos. There is a severe shortage of thermal power and therefore the Guandong province has taken an extreme measure- advising residents to cut down on air conditioner usage and to rely on natural light instead of using home lighting appliances. Meanwhile, cutting down electricity supply to factories is becoming a routine measure in China’s industrial provinces.

Ultimately, power woes of China are bound to drive away even the multinational companies operating in the Communist nation. As per Nikkei, suppliers to Apple Inc. and Tesla Inc. halted production at some of their sites in China on Sunday.

Moreover, many small firms have started complaining that they have to curb or halt industrial activity. As a consequence, the MNCs operating in China may feel the pain of reduced industrial activity in the country. We are looking at a shortage of everything from textiles to electronics components, and any disruption in the supply chain could eat into the profits of these corporations. They might as well have to exit China and translocate to other venues.

It is not even October and China is looking at unaffordable prices. Meanwhile, Chinese President Xi Jinping remains adamant and wants to keep blocking coal shipments coming from down under.

Power tariff surges during the winter months is not an unusual phenomenon in China. However, this time around, China is looking at skyrocketing coal prices which is bound to push power woes even further. Last year, the Chinese ban on Australian coal shipments had led to widespread power rationing and the Chinese authorities had to limit power supply to various provinces.

The upcoming winters are however expected to be even more difficult for China to handle. Presently, China is imposing even steeper power cuts and rationing electricity usage drastically because it wants to conserve sufficient power supply for the upcoming winters.

With China’s industries failing, we are looking at a huge socio-economic crisis in the country, where it will fail to fulfil all its basic needs from manufacturing basic industrial goods to producing consumer goods like textiles and supplying enough electricity to power and illuminate its households.

In a sucker punch to One China policy, India ties up with Taiwan for crucial semiconductor partnership