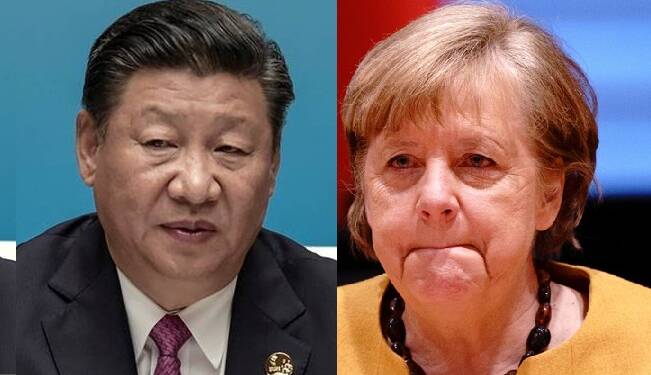 The Chinese Communist Party and Xi Jinping, realising the importance of being a close friend of Germany in the European Union, invested heavily in the leadership of Angela Merkel and her party. While the policy bore fruit till now, going ahead, the CCP will find it difficult to deploy the strategy. The setback of departing German Chancellor Angela Merkel’s Christian Democratic Union in the election is expected to aggravate tensions between Europe’s largest economy and China.

Merkel’s conservative CDU received 196 votes, compared to 206 for the center-left Social Democratic Party. Merkel’s successor will be chosen following difficult coalition discussions because neither party has a majority in the 735-seat Bundestag.

The most likely scenario is that both the Greens and the pro-business Free Democratic Party will back the SDP’s Olaf Scholz. Other scenarios include a continuance of the current CDU-SPD partnership with the chancellorship moving to the center-left party, or the CDU’s Armin Laschet receiving support from the Greens and the FDP. Chinese authorities will be keeping a close eye on Merkel after 16 years of a relatively Beijing-friendly Merkel, as Germany is China’s most important European Union partner, with a mutual trade value of 212.9 billion euros (about $250 billion).

Read more: Are China-Germany Ties likely to get sour?

According to Nikkei Asia, the least desired option for Beijing would be the nomination of the Greens’ chancellorship candidate Annalena Baerbock as foreign minister, a position historically held by the coalition’s second-largest member. In her final televised debate before the election, she called for “a new chapter” in EU human rights policy toward China.

“A Green foreign minister will undoubtedly raise concerns about human rights in locations like Xinjiang and Hong Kong, as well as whether Germany should stick to the One China Policy or improve relations with Taiwan,” says the source. Though economically China is a money-spinner for Germany, it is no less than a white elephant politically. According to a pew survey last year, 71% of Germans have an “unfavourable” view of China. China had become a campaign issue, and in case the Greens are able to secure the portfolio that can impact China-Germany relations, they most certainly would.

Almost half of European exports to China originate from Germany, and the German economy is more dependent on China than other major EU economies such as Italy, France and Spain. While it may not sound problematic in the short term, going ahead it will create a sovereignty crisis. Despite this Germany is starting to take a tough stance on China ties and other European powers are likely to follow its lead. As Angela Merkel’s 16 years long tenure as Chancellor comes to an end China-Germany relations stare at an uncertain future.
Tags: Angela MerkelChinaGermany
ShareTweetSend
Previous Post

Citizens to follow of States with stay at home orders