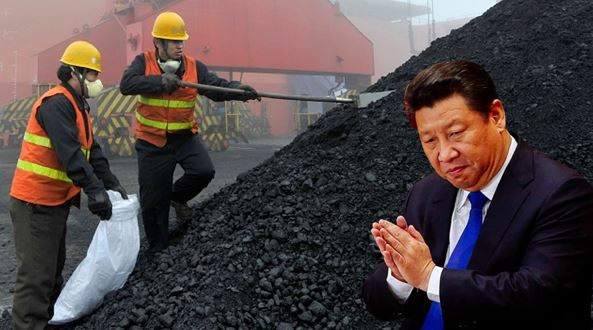 Last month, when Xi Jinping asked his countrymen to be ready for the upcoming “hardships and struggles”, no one really anticipated he was warning his people of an imminent power crisis.

China is reeling under a devastating power crisis. Demand is unusually soaring, so is inflation. However, supplies are running extremely tight. The crisis is so dire that even the metropolises like Shanghai and Beijing are staring a scathing power crisis in the eye. The rolling blackouts have already started showing effects on at least four districts in the capital city of Beijing. The tentacles of the power crisis have reached even Shanghai, forcing suppliers of Apple and Tesla to suspend operations in Jiangsu Province.

But the worst is yet to come. The winter season is approaching, which is set to witness an unprecedented demand for coal and power. A Bloomberg report shows that power demand in China has never grown like this year, and the crisis will eventually get worsened when the ‘La Nina’ will bring colder-than-usual temperatures to the Chinese regions falling in Northern Hemisphere. The dipping temperature would further strain the power grids.

Experts suggest three options available to the Chinese government as of now. The first is to let the power generators raise the price. It will allow them to produce more power; however, it will also lead to a massive surge in inflation. The second option is to keep the factories shut, lay out more blackouts, and keep inflation in control. The third option is to ramp up the coal production in the country that risks inviting harsh criticism at the hands of climate activists and concerned global bodies.

The exponential crisis, which has already started showing effects across various sectors in China, has been dealt with a combination of all three options available to the government so far. Coal prices have soared by 30% compared to the last year, while the government is struggling to slash power demands by forcing factories to suspend their operations. China’s Belt region in the Northeast is the worst hit, where the administration in Shenyang city has cut off the power to traffic signals causing congestions on the roads. The government is also planning to schedule more blackouts in the residential areas in its bid to spare the industrial power supplies.

The unprecedented crisis has forced the Chinese administration to devise short-term solutions for a much-needed respite. China’s top economic planner, the National Development and Reform Commission (NDRC), on Wednesday vowed that railway companies and responsible authorities should prioritize coal transportation to secure the coal supply for domestic power generation. The CCP’s tabloid Global Times reported that “Local economic planners have been instructed to promote the signing of medium- to long-term supply contracts of thermal coal which can guarantee the transport capacity and ensure an effective connection between production and transportation.”

Threats to the global commodity markets

The urgency explains the gravity of the crisis. And not just for China, but also for the world. The fall in production gravely threatens China’s export economy. This could even lead to turmoil in world commodity markets. Experts fear this year’s Christmas will witness a massive shortage of global goods shipped in from China. The Chinese economy is already crippling given Evergrande’s collapse, and now a power crisis has aggravated the situation.

Read More: The politics behind the fall of Evergrande and why Jinping won’t save it

Fallout with Australia at the root of the coal crisis

China needs coal, the top-quality coal that Australia used to provide China with, to help the economic giant meet its energy needs. However, the last year’s fallout with Canberra prompted the Chinese government to wage a crackdown on Australian coal imports. The Chinese cities went dark, but this was hardly encouraging for the Xi Administration to brace for an inevitable coal crisis. The Chinese factories adapted themselves to the efficient coal imported from Australia. Hence, the businesses witnessed a shocking fall in their output and profits when they attempted to veer away from Australian imports.

The Chinese economy is sinking, and a power crisis is the last thing the Chinese people and government would want at this critical time. People are losing jobs, and the closure of factories due to the power crisis will only exacerbate their woes. Had the relations between Australia and China not fallen prey to Xi Jinping’s misguided war, a power crisis would never have wreaked havoc on the Chinese people and businesses. This will prompt more and more businesses to flee the sinking economy of China for better alternatives. Xi Jinping’s ill-thought moves have brought this devastation to the Chinese cities that will have ramifications for Xi Jinping’s ambitions to keep his reign afloat till he breathes his last breath.