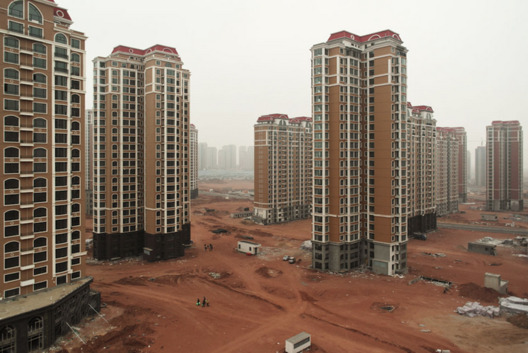 The Evergrande crisis of China has two big messages for the world: The property giant is not too big to fail, and China’s housing bubble is all set to explode anytime soon.

How CCP facilitated the ballooning of Chinese housing bubble

For years, China’s housing sector drove its rapid economic growth and helped the CCP to maintain households’ net worth. Indeed, the real estate sector was exorbitantly crucial for China to keep its economy from faltering. A notion was created that the real estate sector is insulated from any financial crisis and Beijing will go to any extent to keep it afloat.

Housing projects were launched in great numbers despite slowing urbanization, and the debt kept flowing into the massive projects owing to the speculative fervor that kept the lenders enchanted and optimistic. The housing bubble kept ballooning until this summer when China realized that the skyrocketing housing prices despite lower demands could lead to a disaster in the Chinese financial markets.

Construction kept powering the Chinese economy, which was enough for the Chinese rulers to facilitate the rise of China’s real estate sector. Data from the central bank reveals that about 27% of bank lending likely goes to the real estate sector in China. Moreover, a considerable proportion of non-bank lending from trust companies and various asset management companies also goes to developers.

Government stepped in to rein in lending to the developers, but the move backfired

It was in 2017, when the government decided to rein in the developers’ access to the credits that resulted in a short-term setback for the real estate sector. But, the move exacerbated the housing imbalance as the developers started selling new units in advance before they could even begin the construction. The developers increased their reliance on pre-construction sales to replace the lost source of financing from banks and non-bank lenders.

This trick devised by the developers, to bypass the government’s tighter credit regulations, aggravated the real estate sector’s woes. If Evergrande or any real estate giant had collapsed now, it would directly burn the pockets of house-buyers. China’s households have already added $6.4 trillion in borrowing just since 2015, and an all-out collapse of the real estate sector would mean rubbing salt to their injuries. This is exactly what has been unfolding in China lately. The real estate giants are mired in neck-deep level debts, and they are defaulting on their bonds fuelling resentment among the Chinese populace.

Evergrande recently missed a second bond coupon payment in recent times stoking concerns in lenders and investors. The company defaulted on dollar bonds last week against which it had to pay $83 million in interest. As per a Nikkei Asia report, Evergrande has another $721 million in coupon payments for offshore bonds due through year-end, with a further $350 million to be paid in January. It also has $7.7 billion in bonds maturing next year. People are angry over losing their hard-earned money to the defaulting developers that once sold them dreams of having their own houses.

The invincibility turns out to be a cruel myth

Xi Jinping’s orchestrated campaign against the private capital holders has added to the miseries. There seems to be some distance between the Chinese President and Evergrande’s founder and chairman, Xu Jiayin. The signal from the Chinese government is abundantly clear that the state will not rescue the group. Instead, the state machinery is intensifying the crackdown against the developer. For instance, the government of the city of Anqing in Anhui Province on Sept. 22 scrapped a contract for land use rights granted to an Evergrande affiliate after the company failed to pay the agreed fees, halting all development and sales for the project underway there.

All in all, the Chinese housing bubble is bursting, but Beijing is somehow keeping the housing prices from falling rapidly to prevent a collapse of households’ net worth. However, the greater impact will likely be seen in the form of weaker economic growth. As China’s real estate sector stares at an imminent collapse in the eye, the notion about its invincibility is increasingly turning out to be a cruel myth.

The end of China will be the end of Europe