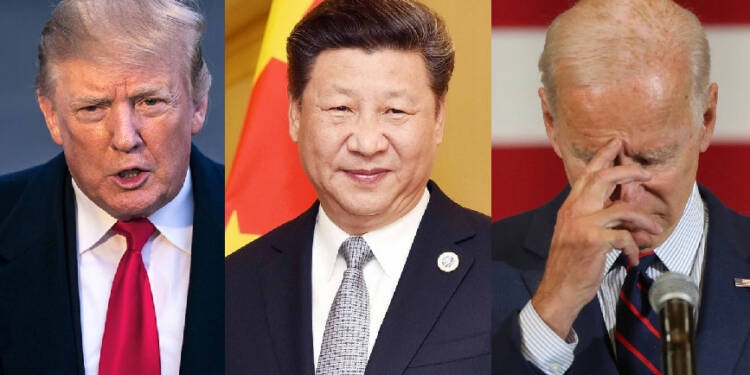 The way in which Beijing is taking actions without any consideration of the fear of mounting criticism and counter containment activities is astonishing. However, while Xi Jinping is flouting the Trump-era trade deal to keep its economy afloat and the most bizarre part of this development is that Beijing is doing this from a position of power. U.S. Trade Representative Katherine Tai has earlier stated that the US confronts “very large challenges” in its trading relationship with China, which will necessitate participation from all levels of the Biden administration. She has asked Congress for new trade law measures to offset China’s enormous high-tech sector subsidies.

However, while she is making such statements as if things are still workable, officials familiar with the situation say that China has not met its Phase 1 trade deal commitments and they intend to hold it to its international trade commitments, basically, Beijing is telling the US and the Biden administration, while it agreed to the Trump era Trade Deal, the US under Joe Biden is too weak to punish Beijing for flouting the deal. In addition to this, the economic situation in China is at its worst with things going only downwards and in such a scenario, the Chinese Communist Party is unable to agree to the Trump era deal’s and follow it through to keep its economy afloat.

However, as Xi Jinping understands Joe Biden’s intentions vis a vis climate change, Beijing knows that it is in the position of power, even with its sinking economy it is able to use the bargaining chip regarding the steps to take against climate change and arm-twist Biden to meet China’s requirement.

Biden’s cluelessness got him trapped

Biden was in favour of cooperating with China on climate change since the very beginning of his Presidency. A desperate Biden is, in fact, tolerating China’s diplomatic insults for the purpose of securing its cooperation on the climate front. However, Biden might just get trapped here.

China is explicitly pushing back against decoupling climate change and other political issues. This means that China is effectively blackmailing the US. Xi Jinping’s signal is clear – China won’t cooperate on climate change unless the Biden administration legitimises China’s political, economic and human rights abuses in Xinjiang, Hong Kong and Tibet.

At the end of the day, Beijing is offering Biden a deal- we will give you photo-ops and propaganda material on climate change if you relent in the Indo-Pacific. While China is not reliable when it comes to upholding commitments and assurances, the Biden administration is finding it comfortable to either ignore the development and remain clueless.

Read more: China reduces Biden administration to a lesser entity than the Taliban

China is failing to produce enough electricity to power its industries, keep its street lights glowing, traffic lights working and households functional. What we are looking at is the systematic breakdown of the world’s second-largest economy over something as basic as electricity and power generation. In fact, China’s power crisis is escalating with every passing day. And now it is likely to trigger a revolution against the Chinese Communist Party (CCP) even as China faces a lingering threat of an economic contraction due to a sudden halt in industrial activity.

Read more: China’s economy is set to contract and anti-CCP winds have begun blowing over Beijing

China’s economic slowdown might just be the tip of the iceberg. As electricity shortages intensify and industrial production dwindles, China’s local supply chains will also get affected. Ultimately, many multinational corporations operating in China will also have to exit the Communist country. As per Nikkei, suppliers to Apple Inc. and Tesla Inc. halted production at some of their sites in China on Sunday. So, at some level, the MNCs have already started getting affected.

Biden’s coming to China Trade Strategy and his constant cluelessness

In a speech Monday at a Washington think tank, US Trade Representative Katherine Tai will outline the Biden administration’s long-awaited strategy for the difficult US-China trade relationship, according to her office. Tai will speak about her review of China trade policy at the Center for Strategic Studies in Washington and take part in a question-and-answer session, according to a statement released by the US Trade Representative on Thursday. Based on U.S. export data, Chad Bown, a senior scholar at the Peterson Institute for International Economics in Washington, believes that China’s purchases of U.S. exports had reached around 62 per cent of the Phase 1 targets through August.

Tensions between the two economic powers have also grown as the United States has restricted Chinese companies’ access to U.S. sensitive technologies. However, the trade deal has continuously been flouting that was previously agreed upon, so, why does Joe Biden think that his deliberations and ways will work with China. While there may not be a concrete answer, it is true that China is showing compliance and partnership in tackling climate change as a carrot as part of its carrot and stick policy to take on the US and Joe Biden, in his induced cluelessness, is letting all this happen.