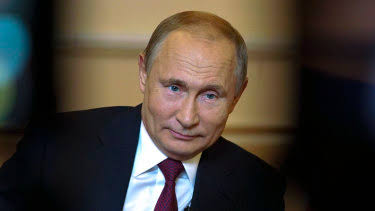 Ever since the Taliban came to power, Russia has emerged as the only power that has been able to keep the Taliban on its toes. Russia keeps playing ‘good cop, bad cop’ with the Taliban and this double game has left the Sunni extremist group perplexed. Now, Russia is about to checkmate the Taliban with its double game even as tensions escalate dramatically between the Taliban and Russia’s Collective Security Treaty Organization (CSTO) ally Tajikistan.

Tajikistan and Taliban on the brink of an armed conflict?

Tensions are rising dramatically between Tajikistan and the Taliban. Tajikistan despises the Taliban and is the only country in Central Asia that expressly refused to recognise a Taliban regime in Afghanistan.

Tajikistan has its own reasons to hate the Taliban. The ethnic Tajik community forms the second largest community in Afghanistan, next only to Pashtuns. However, the Taliban being a Pashtun supremacist and radical Islamist terror organisation is a tyrannical force for Afghan minorities including Tajiks.

Since the Taliban ran over Afghanistan, Tajikistan and the Taliban have made specific moves targeting each other. Tajikistan’s support for the Panjshir-based Northern Resistance Front (NRF) against the Taliban is no secret.

Presently, the Taliban’s biggest enemies— former Afghan Vice President Armullah Saleh and NRF leader Ahmad Massoud have taken refuge in Dushanbe. The two leaders are planning their future course of action against the Taliban along with other Afghan exiles in Tajikistan, much to the Taliban’s chagrin. There are also reports of an effort to form an alternative Afghan administration in Dushanbe and contest the Taliban’s claim for legitimacy.

On the other hand, the Taliban too is acting aggressively. It has accused Dushanbe of interfering in Afghanistan’s internal affairs and has also moved its special forces to the vast border with Tajikistan stretching upto 1,400 km. In response, Tajikistan has deployed 20,000 additional troops on the Afghan-Tajikistan border, apart from carrying out a nationwide drill involving 230,000 service personnel.

Taliban planning an assault against Tajikistan?

Tajikistan is a soft target for Taliban, but Russia supports Tajikistan

Tajikistan’s saber-rattling against the Taliban cannot be a matter of independent policy. Remember, Tajikistan is the smallest country in Central Asia, earlier part of the Soviet Union, and it is also the poorest nation in the region. It is a comparatively easy target for the Taliban.

However, Tajikistan is a former Soviet republic and also a CSTO member. The alliance between Dushanbe and Moscow means that any aggression by the Taliban against Tajikistan would drag the Kremlin into the conflict, and the Taliban wouldn’t want to invite the wrath of a military superpower like Russia. It is this sense of deterrence against the Taliban that gives leverage to Tajikistan, which the Central Asian nation is using to actively support anti-Taliban forces.

Russia’s double game with the Taliban

The fragile relations with Tajikistan are already hurting the Taliban’s ambitions of global recognition. To add to its woes, Russia is playing a double game with the Taliban.

On one hand, Russia is backing up Tajikistan’s preparations to take on the Taliban. It is sending additional troops and men to its military base in the Central Asian country, apart from organising military exercises and drills with Tajik military forces.

On the other hand, Russia has shown its willingness to mediate between Tajikistan and the Taliban. Even as Tajikistan and the Taliban traded barbs over heightened tensions between them, Russian Foreign Ministry deputy spokesman Alexei Zaytsev said that his country was “watching with concern the growing tension in Tajik-Afghan relations amid mutually harsh statements by the two countries’ leaders.”

Russia has a clear strategy— it is enabling Tajikistan’s saber-rattling against the Taliban. However, it is also playing a double game and showing ample willingness to play mediator between Tajikistan and the Taliban.

Read More : Akhundzada dead. Baradar in captivity. A massive fight has broken out in Taliban

As US leaves Taiwan, Australia comes to its rescue