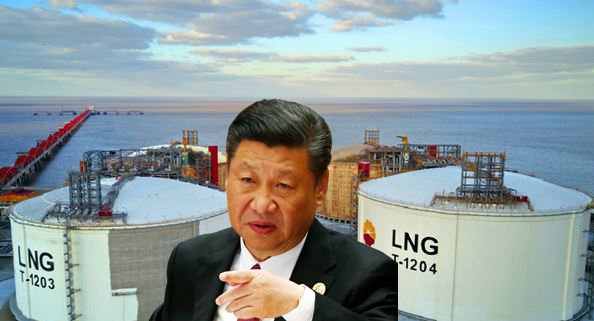 The situation in China is getting from bad to worse when it comes to its capacity to generate electricity and the accompanying economic troubles. In such a troubled situation, Xi Jinping was trying to tell gas companies to import more Liquefied Natural Gas (LNG) at higher costs, while providing little to no support from the government’s side. China is pressing its liquefied natural gas importers to increase supply in order to alleviate the country’s energy shortage while offering no financial assistance to companies paying record-high prices for the super-chilled fuel.

According to dealers with knowledge of the situation, the government is not offering enough subsidies for recent purchases, making it impossible for the country’s smaller gas distributors to meet the demand for fuel before winter. While one cannot say for how long the companies can delay accepting this order, but for the time being, they are trying to defy his orders.

China is reeling under a devastating power crisis. Demand is unusually soaring, and so is inflation. However, supplies are running extremely tight. The crisis is so dire that even the metropolises like Shanghai and Beijing are staring a scathing power crisis in the eye. The rolling blackouts have already started showing effects on at least four districts in the country’s capital, Beijing. The tentacles of the power crisis have reached even Shanghai, forcing suppliers of Apple and Tesla to suspend operations in Jiangsu Province.

Power tariff surges during the winter months is not an unusual phenomenon in China. However, this time around, China is looking at skyrocketing coal prices which is bound to push power woes even further. Last year, the Chinese ban on Australian coal shipments had led to widespread power rationing and the Chinese authorities had to limit power supply to various provinces.

The upcoming winters are however expected to be even more difficult for China to handle. Presently, China is imposing even steeper power cuts and rationing electricity usage drastically because it wants to conserve sufficient power supply for the upcoming winters.

With China’s industries failing, we are looking at a huge socio-economic crisis in the country, where it will fail to fulfil all its basic needs from manufacturing basic industrial goods, to producing consumer goods like textiles and supplying enough electricity to power and illuminate its households.

Many of China‘s liquefied natural gas distributors are state-owned, and they are accustomed to incurring losses when purchasing expensive Liquefied Natural Gas and selling it to domestic customers at fixed prices. The biggest businesses are still willing to pay exorbitant spot prices to entice cargoes away from Asian and European competitors.

However, with a single Liquefied Natural Gas (LNG) spot cargo now costing more than $130 million, compared to around $17 million this time last year, customers are fleeing. Traders also reported that some Liquefied Natural Gas (LNG) importers have had difficulty obtaining extra bank loans to complete purchases. According to merchants, at least two second-tier businesses including Shenzhen Energy Group Co., have decided against purchasing shipments due to high pricing, despite government demands.

The China Banking and Insurance Regulatory Commission stated on Tuesday that banks and other financial institutions should prioritise financing to qualifying mines and power facilities in order to expand thermal coal and electricity output. However, with the increasing NPAs and the decreasing capacity of the Chinese government to manage the losses, Xi Jinping was trying to force these companies to import Liquefied Natural Gas (LNG) at higher prices. The same companies are now trying to defy his orders, a fact which Xi Jinping would have a hard time digesting.