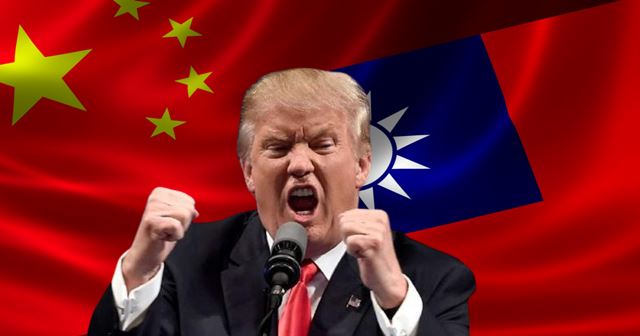 It has become an established fact that Joe Biden has messed up the entire US security apparatus and the faith allies held in the US. However, going by the new report, the previous president Donald Trump was preparing Taiwan for the obvious fight with China and making it capable to defeat it. Following Chinese aeroplanes’ unprecedented large-scale incursions into Taiwan’s air defence identification zone (ADIZ) earlier this week, news emerged on Thursday (Oct. 7) that US special operations soldiers and US Marines have been training in Taiwan for at least a year.

The Wall Street Journal reported on Thursday that around two dozen US special operations soldiers and support troops are stationed in Taiwan to offer military training for ground forces, citing US government officials. In addition, US Marines are conducting “small-boat training” with Taiwanese naval forces. According to the officials, American forces have been in Taiwan for over a year. On the same day, Politico published a report citing a defence official saying that US troops are “advising” Taiwanese forces and “raising their efforts” in the country.

“I don’t have any comments on specific operations, engagements, or training,” Pentagon spokesman John Supple said in response to the Wall Street Journal report, “but I would like to highlight that our support for and defence relationship with Taiwan remains aligned against the current threat posed by the People’s Republic of China.” He emphasised that the United States expects China to “respect its commitment to peaceful resolution of cross-Strait issues.”

According to a map released by the Taiwanese government, the latest Chinese operation featured 34 J-16 fighters and 12 nuclear-capable H-6 bombers, all of which flew near the Taiwan-controlled Pratas Islands.

The officials stated that the American forces have been in Taiwan for over a year. The Trump administration was very vocal in its support for Taiwan, especially during its final months. The stories published on Thursday corroborate a Taiwanese media story from November of last year that US Marines were training in Taiwan, despite the Pentagon’s denial at the time. This story also validates reports that following the Han Kuang 37 military exercises, US special operations troops will train their Taiwanese counterparts.

Last year, Mike Pompeo’s made repeated statements warning China of the repercussion for its belligerence. The Trump administration also sent US Dy NSA to Tsai ing-wen’s oath-taking ceremony, while in other cases, it may not have been a big deal, the action by the Trump administration was a significant step to deter China from taking any actions against Taiwan. Since then, two senior U.S. officials also visited Taiwan last year. All these steps coupled with the way in which Trump vociferously stood with Taiwan, have deterred any adventurous action by China. And as the new report came out, Trump was already preparing Taiwan to fight and defeat China.