Duterte is putting his weight behind Bongbong. And that’s a nightmare for the Philippines 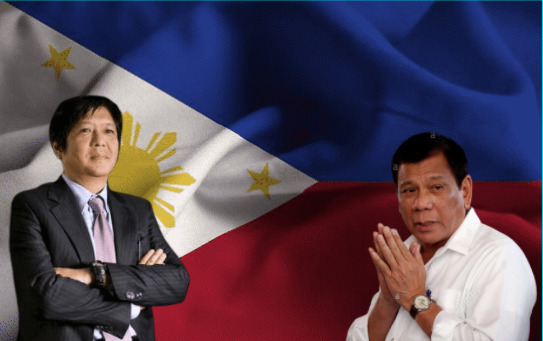 The political temperatures are on the rise in the Philippines as the election season is coming in full swing. In such a situation, Duterte recognises the fact that his popularity is fading and thus he decided to not run for the top position in the Philippines. However, in his position of vulnerability Duterte is putting his weight behind former dictator Ferdinand Marcos’ son Bongbong, which can turn a vibrant democracy into a nightmare. Opposition forces are fearful of a Duterte-Marcos ticket in the 2018 election, in whatever form it takes: Bongbong with Duterte as his running mate, or the two camps supporting each other’s campaigns.

Former dictator Ferdinand Marcos is no longer alive, but his son, Ferdinand Marcos Jr., also known as “Bongbong,” has officially announced his campaign for the upcoming presidential election in May 2022, with the stated goal of reviving his father’s legacy. Bongbong has made it apparent to the public on numerous occasions that he views the martial law period as a good contribution to Philippine society’s trajectory. In general, Duterte and the Marcoses have significant political links. Even in the early days of Duterte’s campaign for president, the family was supportive of him. Ferdinand Marcos was given a hero’s burial in Manila by Duterte in 2016, 27 years after his death.

Bongbong Marcos holds his father in high regard. Bongbong served as deputy governor and later governor of their native province, Ilocos Norte, at the height of the family’s dominance in the mid-1980s. He was also named chairman of the Philippine Communications and Satellite Corporation’s board of directors. He was in his twenties at the time, and while there has never been any conclusive or compelling evidence of his role in the regime’s corruption, it’s safe to assume that as a member of the family’s inner circle, he profited. In 2018, his mother, Imelda Marcos, was found guilty of seven counts of graft.

The Philippines needs a strong government that places the interests of the country at the core of all its actions. President Rodrigo Duterte has proven to be an unmitigated disaster for the Philippines, who has steered the country increasingly towards the direction of China, thus compromising heavily on Manila’s national security. Today, China is locked in a tense maritime standoff with the Philippines, yet Rodrigo Duterte cannot stop singing the praises of China like a canary. He is vouching for stronger ties with China since according to him, the Philippines is no match for Beijing and its armed forces.

Read more: The only person who can save the Philippines

Ideally, this should provide sufficient ground for President Rodrigo Duterte to be removed from office, but it seems Filipinos will have to wait for another year before seeing the besmirched President exit his office. In his final state of the nation speech on Monday, Duterte suggested that he is sticking to his conciliatory stance towards China. The outgoing President diligently asked, “Do you want war against China? Well, I’ll tell you, even on the coast beach of Palawan, before you can take off, the missile of China would be there in about 5 or 10 minutes.”

A threat of the return of dictatorship

Opposition forces are fearful of a Duterte-Marcos ticket in the 2018 election, in whatever form it takes: Bongbong with Duterte as his running mate, or the two camps supporting each other’s campaigns. At the moment, the presidential candidate field remains unpredictable, with the president himself making unexpected left and right moves. First, Duterte stated that he will run for vice president, a position that is elected separately from the president in the Philippines, allowing him to remain in the executive branch, as