The only person who can save the Philippines 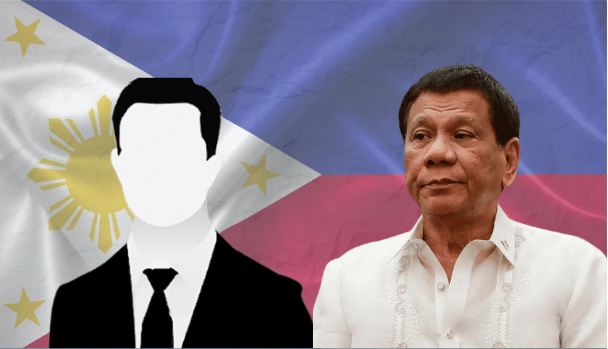 Ideally, this should provide sufficient ground for President Rodrigo Duterte to be removed from office, but it seems Filipinos will have to wait for another year before seeing the besmirched President exit his office. In his final state of the nation speech on Monday, Duterte suggested that he is sticking to his conciliatory stance towards China. The outgoing President diligently asked, “Do you want war against China? Well, I’ll tell you, even on the coast beach of Palawan, before you can take off, the missile of China would be there in about 5 or 10 minutes.”

President Rodrigo Duterte added, “We are not a competent and able enemy of the other side. So, what I did was, I was just being nice to them.” He also sang the virtues of Chinese dictator Xi Jinping, and said, “The first country I called for help was China when the pandemic hit the Philippines. I told President Xi [Jinping], we have no vaccination program here because we do not have the vaccines. We have not been able to invent one. We might have a hard time. Xi said it is OK. We will send you. He sent us, donated about 1,500,000 [vaccines].”

President Rodrigo Duterte almost wants to convince his citizens that they are living at the mercy of China, and that they should be thankful to the CCP. However, the time for such blatant prostration before the Chinese is long over. Today, ASEAN and countries across the Indo-Pacific are taking the mantle of anti-CCP activism in their hands. In such times, the Philippines too deserves to be a part of the larger global realignment, and for that, it needs a strong leader in Manila to take matters in his or her own hands.

Now this new leader, who can take the Philippines to greater heights must be everything that President Rodrigo Duterte is not. The new leader, who can save the Philippines, must be a China hawk and willing to fight the CCP. The leader must be a nationalist. The leader must grow close ties with the United States, but not be a lapdog of Washington DC. Finally, a new Philippine leader needs to come up who can take the country’s ties with Russia to the next level.

The Philippines needs a leader who is openly anti-China. The red rogue country is trying to gobble up Filipino territories and maritime features, and in such circumstances, having a leader who is ‘conciliatory’ towards Beijing is a no brainer. Over the five years since 2016, when Duterte was inaugurated, direct investment from China totalled $567 million, increasing 12-fold from the level in a six-year period from 2010. Now, the Philippines needs a President who can reverse this damaging trend, and who can cut down on the country’s suicidal dependence on China.

Until and unless the next leader of the Philippines is not a staunch nationalist, there is no way Manila will be able to fight off the Chinese threat. The Philippines’ welfare, security and development must take centre stage for any leader who wishes to save the ASEAN country from inevitable doom which will be caused by continuing Chinese belligerence against Beijing.

Another important feature of a strong Filipino leader must be their ability to understand the importance of ties with the United States in the larger fight against China. The Philippines must continue with, and even strengthen the Visiting Forces Agreement. Additionally, any leader who wishes to save the Philippines must make it a point to not become a lapdog of the United States – since trusting Washington DC, especially when it is under the control of Democrats can be a tricky gamble, one whose consequences Manila has already suffered.

Finally, Russia must be allowed to play a greater role in the Philippines. With an increasingly belligerent China and a rather headless Biden administration in Washington, any leader committed to the Filipino cause must be shrewd enough to understand the importance of ties with Moscow, especially since Russia is a major arms exporter to Southeast Asian countries.

One such leader can be Manny “Pacman” Pacquiao, the ambitious boxer-turned-politician. Manny Pacquiao, a Filipino senator and boxing champion, was voted out as the country’s ruling party’s head on Saturday, weeks after publicly criticising President Rodrigo Duterte’s stance on China and his anti-corruption record. He is considered as a possible successor to President Rodrigo Duterte in the next year’s presidential election.

However, any leader who can fulfil the four-point criteria laid by us can become a person who leads the Philippines towards glory. This leader will not be afraid of taking on China, and that is exactly what Manila needs right now, if it wishes to survive an inevitable onslaught by the Chinese.

CNNs, NYTs and MSNBCs will now be predicting the end of Trump based on a Republican Primary loss