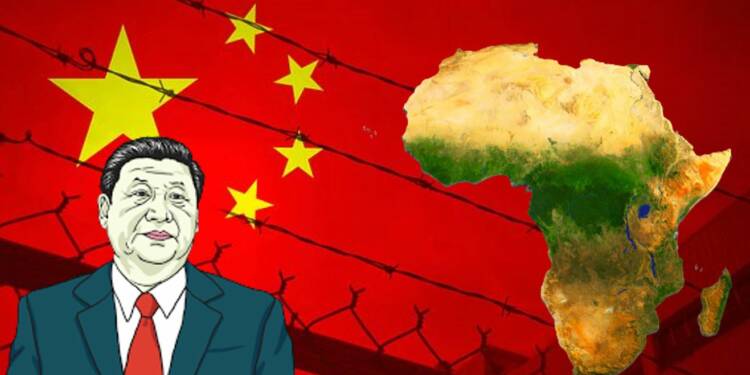 When any country invests in a foreign nation and helps in the nation-building process, it also transfers some of its operational characteristics. For China, it has been the practice of overworking its employees and treating them as no less than slaves. According to a recent report by the Business & Human Rights Resource Centre, China’s 102 firms operating in Africa have 679 accusations of human rights abuses, which is rapidly increasing. Racism against Kenyans in the workplace is another example of human rights breaches in Kenya. Along with the Chinese debt, reports of discrimination and mistreatment of indigenous Africans by Chinese authorities have added to the burden.

In Uganda, Kenya, the Democratic Republic of the Congo, and Zimbabwe, China’s Belt and Road Initiative has resulted in the most documented high-level human rights violations. Racial discrimination, racism, a serious lack of worker rights, subpar salaries, mistreatment, and innumerable incidences of physical brutality in Sierra Leone and Zambia are just a few examples. It has harmed African and Latin American societies and social fabric more than it has helped it.

Chinese President Xi Jinping’s lofty ambitions to dominate the African Continent are facing some major setbacks. In fact, Beijing’s geopolitical ambition to loot the Continent’s resources through resource-financed-infrastructure (RFI) agreements might never be fulfilled as the leaders in the region are starting to wake up to China’s nefarious designs.

There are growing concerns inside Africa that Chinese resource-for-infrastructure projects don’t really benefit the general public and the locals. Resource-rich African nations are waking up to the fact that the Chinese come to Africa loot their resources and really don’t leave behind even any short-term benefits for the locals.

Take for instance the Democratic Republic of the Congo (DRC). The Congolese President Felix Tshisekedi recently ordered the renegotiation of a US$6 billion deal between State-owned commodity trading and mining company Gecamines with a group of Chinese firms including Sinohydro and China Railway Engineering Corporation that related to a copper and cobalt mine in the Central African nation.

Again Kinshasa is concerned that his country has not benefited much from the arrangement even though Beijing claims to have built several projects in the DRC despite obstacles, including a lack of power to develop the mine.

Read more: Africa is all set to pull the plug on China’s plan to loot the continent’s resources

Moreover, in both the DRC and Ghana, there are accusations of environmental destruction against China. Parts of the Ghanaian opposition have also warned that a $2 billion deal between Ghana and China’s Sinohydro will increase the African country’s debt burden, though the Ghanaian government denies such apprehensions.

The Chinese activities, ill-intended actions, and rising anger in Africa

With rising anti-Chinese sentiment on the African continent, mass upheavals and protests against Beijing and pro-Beijing governments are becoming more likely. Clashes erupted recently in a gold-mining district in the Democratic Republic of the Congo’s northeastern region. Three Chinese nationals were reported missing during the procedure, and it was claimed that they were kidnapped by militiamen from the Codeco armed group, which claims to protect the Lendu ethnic minority in the area. Although Codeco is an armed group, it’s purported kidnapping of Chinese nationals reflects the growing anti-China sentiment in the Democratic Republic of Congo.

Congolese citizens are becoming increasingly concerned about Chinese mining enterprises embezzling Congolese natural resources. As a result of rising anti-China sentiment, the DRC, Sierra Leone, Ghana, and Kenya have begun to cancel Chinese investments. For a variety of reasons, Xi’s Belt and Road Initiative (BRI) has been in the spotlight, with human rights issues being the most overlooked. But all of the sparkle and glam isn’t gold; at the heart of this massive project lies a substantial human cost.

BRI’s positive aspects include infrastructure development and employment creation, however, its negative aspects include a debt trap and serious human rights breaches, which treat local people involved in the initiative as modern slaves. It goes against Confucianism’s philosophy of moderation and the five virtues of approach.

The risk of popular uprisings is giving an anti-China turn to political regimes in the African Continent. Coups in countries like Guinea and Mali, for example, have brought down pro-China regimes. While China can do what it wants in Xinjiang under the pretext of sovereignty, but same actions going on in Africa are going to have repercussions. And the institutionalized form in which China is practising racism in Africa is gut-wrenching.