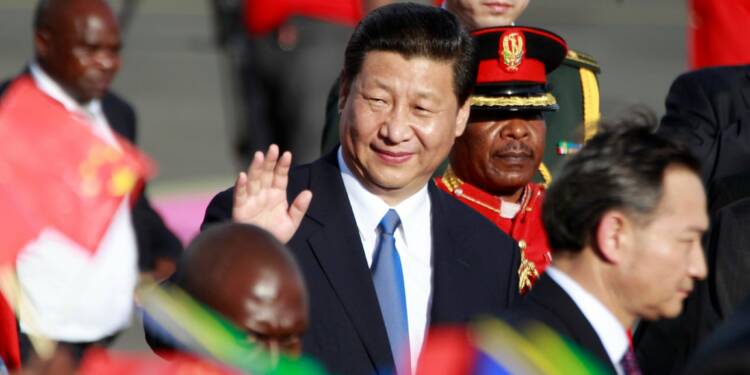 Chinese President Xi Jinping’s lofty ambitions to dominate the African Continent are facing some major setbacks. In fact, Beijing’s geopolitical ambition to loot the Continent’s resources through resource-financed-infrastructure (RFI) agreements might never be fulfilled as the leaders in the region are starting to wake up to China’s nefarious designs.

You must have heard about the Belt and Road Initiative (BRI), one of Chinese President Xi Jinping’s flagship initiatives, that involves using commercial loans to finance infrastructure development projects in developing and underdeveloped countries. Such projects have become rather infamous because of the scale of unsustainable debt involved.

Now, let us tell you how China’s resource-for-infrastructure deals work in Africa. China uses a lending mechanism called resource-financed infrastructure (RFI) agreements, wherein the recipient government promises to repay the loan for infrastructure development through wealth generated out of a mining project.

The RFI agreements work out really well for China due to two main reasons- one, the majority of the resource-rich African countries are poor and in desperate need of a financing source. And two, the weak political regimes and governments in these nations aren’t always able to negotiate a good deal with China. Xi Jinping is therefore desperate to loot African mineral resources like zinc, cobalt, bauxite and iron ore.

There are growing concerns inside Africa that Chinese resource-for-infrastructure projects don’t really benefit the general public and the locals. Resource-rich African nations are waking up to the fact that the Chinese come to their country loot their resources and really don’t leave behind even any short-term benefits for the locals.

Take for instance the Democratic Republic of the Congo (DRC). The Congolese President Felix Tshisekedi recently ordered the renegotiation of a US$6 billion deal between State-owned commodity trading and mining company Gecamines with a group of Chinese firms including Sinohydro and China Railway Engineering Corporation that related to a copper and cobalt mine in the Central African nation.

Again Kinshasa is concerned that his country has not benefited much from the arrangement even though Beijing claims to have built several projects in the DRC despite obstacles, including a lack of power to develop the mine.

Moreover, in both the DRC and Ghana, there are accusations of environmental destruction against China. Parts of the Ghanaian opposition have also warned that a US$2 billion deal between Ghana and China’s Sinohydro will increase the African country’s debt burden, though the Ghanaian government denies such apprehensions.

With rising anti-Chinese sentiment in the African Continent, there is an increasing risk of popular uprisings and protests against Beijing and pro-Beijing governments.

Recently, Clashes erupted in a gold-mining region of the Northeastern region of the Democratic Republic of the Congo. Three Chinese nationals reportedly went missing in the process and it was alleged that they were abducted by militiamen of an armed group called Codeco, which claims to protect the Lendu ethnic group in the region.

Codeco may be an armed group, but its actions of allegedly kidnapping Chinese nationals reflect how anti-China sentiment is building up in the Democratic Republic of Congo. Congolese locals are getting seriously apprehensive of embezzlement of Congolese natural resources by Chinese mining companies.

As a result of popular sentiment turning against China, the DRC, Sierra Leone, Ghana and Kenya have begun cancelling Chinese projects.

The risk of popular uprisings is giving an anti-China turn to political regimes in the African Continent. Coups in countries like Guinea and Mali, for example, have brought down pro-China regimes. Meanwhile, Nigeria has been facing growing political sentiment against Chinese neocolonialism. On the other hand, countries like Kenya and Tanzania have scrapped BRI projects altogether.

Chinese loan investments in Africa in a bid to plunder the Continent’s resources are thus failing as Africa pulls the plug on its plan to loot African resources.

Japan cites North Korea to train its guns on China